Questions arise over this part of Prince George's birth certificate

Kensington Palace even released a brand new portrait of the future king to mark the occasion.

Naturally, the occasion has led to many looking back over the life of the young prince and one thing has sparked interest yet again.

The Duke and Duchess are delighted to share a new official portrait of Prince George to mark HRH's 4th birthday tomorrow ? pic.twitter.com/Fct5iaoEer

END_OF_DOCUMENT_TOKEN_TO_BE_REPLACED

George’s birth certificate has raised a few eyebrows of late and it’s all down to his mum, Kate.

Yes, the Duchess of Cambridge has gone by that title since she married William in 2011, however, George’s birth certificate says something totally different.

When asked for her name on the official form, it reads ‘Catherine Elizabeth, Her Royal Highness The Duchess of Cambridge’, which is all well and good. 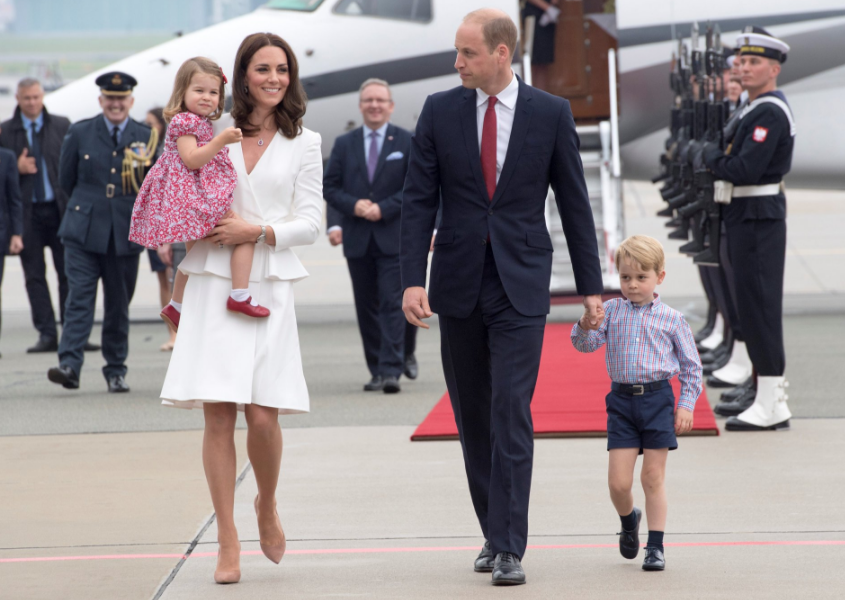 However, when asked about her occupation, the answer given was ‘Princess of the United Kingdom’.

The Queen gave Kate the title of Duchess of Cambridge on her wedding day because as she was not born a royal, she could not carry ‘princess’ before her name. 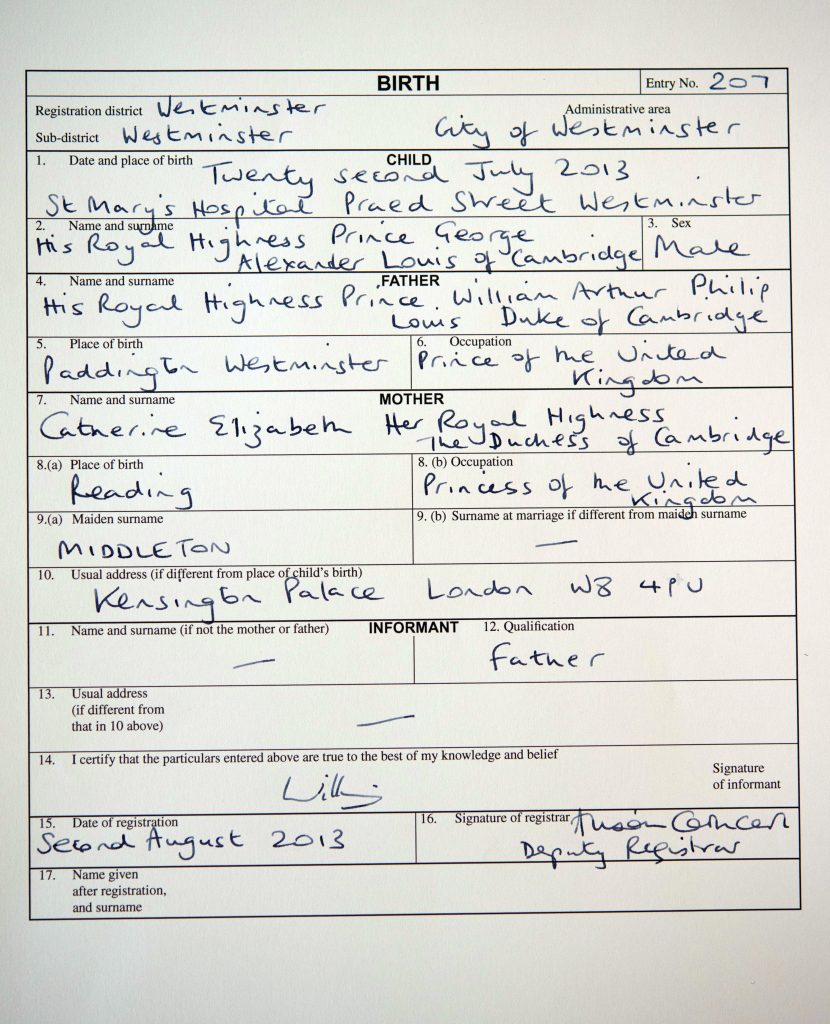 However, that doesn’t change the fact that she fulfils the expectations of a princess, therefore uses that title as her job description.

It’s all very complicated, isn't it?

popular
How to turn 20 days of annual leave into 50 days off
Richard Madeley under fire for comments about Kate Middleton's waist
Skeletal remains of six people found under Cork pub
Man arrested after woman raped on train as passengers filmed it
Police launch investigation after woman "spiked with needle" in UK nightclub
WATCH: The first trailer for Ozark Season 4 just dropped
Apparently, THIS is the reason why Louise Redknapp split from Jamie Redknapp
You may also like
1 week ago
Kate Middleton might be getting her own TV show
1 month ago
Prince William and Kate moving family out of London for more 'privacy'
1 month ago
“They’d never force him to go”: Kate and William to decide to send Prince George to boarding school or not
2 months ago
Kim Kardashian addresses "nasty" Kate Middleton comparisons while pregnant
2 months ago
“Mummy, please stop taking photographs” - Prince George turns 8 years old today
3 months ago
Kate Middleton confesses "mum guilt" around saying goodbye to her children
Next Page