Robyn Peoples and Sharni Edwards have made history as the first same-sex couple to marry in Northern Ireland.

The couple had their wedding yesterday at the Loughshore Hotel, Carrickfergus.

They had a civil partnership ceremony booked to coincide with their sixth anniversary but when the amendment was made official last year, they went ahead with wedding plans.

Sharni is from Brighton and she wasn't aware that same-sex marriages were previously forbidden in Northern Ireland. 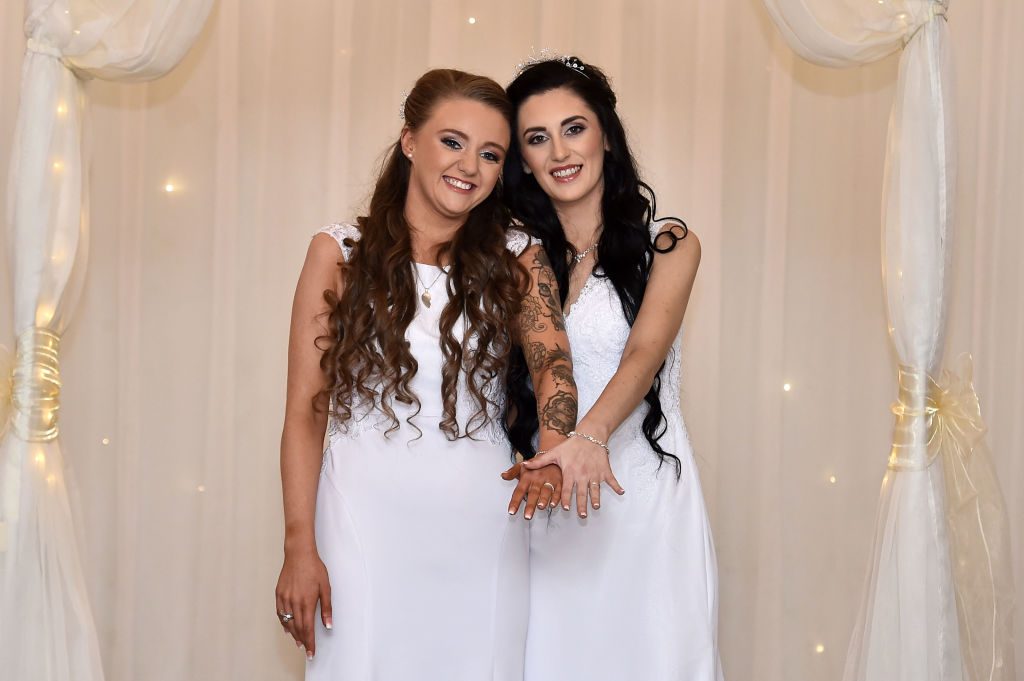 Speaking to RTÉ yesterday, she said:

"We feel humbled that our wedding is a landmark moment for equal rights in Northern Ireland. We didn't set out to make history, we just fell in love.

"We are so grateful to the thousands of people who marched for our freedoms, to the Love Equality campaign who led the way, and the politicians who voted to change the law."

Northern Ireland's ban on same-sex marriage was lifted on October 21, 2019.

END_OF_DOCUMENT_TOKEN_TO_BE_REPLACED

MPs at Westminster decided in July of last year that they would extend the rest of the UK's equal marriage and abortion rights to Northern Ireland if Stormont didn't return.

The amendment to legalise same-sex marriage later passed through parliament with significant majorities.

It was a monumental time for Northern Ireland as a ban on abortion was also lifted after a long and arduous effort. Labour Party MPs Conor McGinn and Stella Creasy asked for amendments to be made to previously existing laws, with their efforts backed by numerous campaigners.

McGinn first put forward a proposal to Westminster to legalise same-sex marriage. This was followed up with Creasy putting forward a motion to decriminalise abortion in the North.

popular
It turns out we may have been brushing our hair wrong the whole time
Face coverings are mandatory in shops and indoor settings from today
5 new additions to Netflix to spend your weekend watching
Love, Guaranteed is the romantic comedy we never knew we needed
Irish teacher Lucy Lanigan-O'Keeffe is engaged Prince William's best friend, Thomas van Straubenzee
Everything you need to know about Stephenie Meyer’s new book Midnight Sun
Someone has ranked the penis size of men from all over the world
You may also like
5 days ago
Toddler remains in critical condition following incident in water feature in Monaghan
5 days ago
Rupert Young, twin brother of Will Young, passes away, aged 41
1 week ago
"Outraged and appalled" The Killers investigating tour sexual misconduct claims
3 weeks ago
Former GAA player Kieran O'Connor passes away following cancer battle, aged 41
3 weeks ago
Naya Rivera's death ruled accidental drowning, says medical examiner
3 weeks ago
Grant Imahara, co-host of Mythbusters, has died aged 49
Next Page