If proposed legislation is introduced, it will not be possible to buy new petrol or diesel cars in Ireland in 10 years’ time.

The sale of new petrol and diesel cars in Ireland will be stopped by 2030 under legislation outlined in the Draft General Scheme of the Climate Action (Amendment) Bill 2019, published by Minister for Communications, Climate Action and Environment Richard Bruton on Monday. 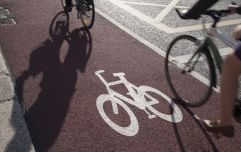 END_OF_DOCUMENT_TOKEN_TO_BE_REPLACED

A commitment to introduce the legislation had been made in the National Development Plan and Climate Action Plan and plans will be developed further in consultation with the relevant departments and submitted to Government for approval later this year.

Also included in the draft published on Monday was a commitment to enshrine in law an approach outlined in the Climate Action Plan, including targets such as:

Confirming that the Climate Action Bill is priority legislation for the Government in the new Dáil term, Minister Bruton said: “We must act now and leave a better, healthier, more sustainable Ireland for future generations. Accountability is the key to making progress. 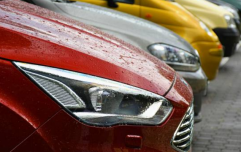 Ford carrying out recall on over 7,700 cars in Ireland due to fire risk

END_OF_DOCUMENT_TOKEN_TO_BE_REPLACED

“We have a very short time to act. We must put in place a strong framework to ensure every sector, every policy, every decision delivers on the transformation that is required.

“Today represents a hugely important step in putting in place the necessary arrangements to achieve this objective.”

You can read more on the Government’s Climate Action Plan here.

popular
Irish girls name was the most used Irish name in the United States last year
Love Island fans are scratching their heads after finding Tasha's maternity photoshoot
Buying fake designer goods abroad this summer can have some serious consequences
Woman saved from hostage situation after leaving note on food delivery order
Why Are Men so Obsessed With Boobs? The Answer is Pretty Surprising...
Two dumped islanders have confessed their feelings for each other since leaving the villa
Davide locks lips as Ekin-Su hits Jay with a LOT of drama in tonight's Love Island
You may also like
2 years ago
Holders of UK driving licences in Ireland urged to exchange them for Irish licences before November
4 years ago
So women ARE better drivers than men… and there's research to prove it
4 years ago
This is the best way to defrost your windscreen
4 years ago
Motorist driving at 240km had his penalty points cancelled by Gardaí
4 years ago
Those affected by Irish Rail strike can avail of half-price fares from mytaxi
4 years ago
Most of us are ignoring an easy way to reduce car insurance costs by 20pc
Next Page