Saoirse Ruane has some great news as she's eyeing up a return to school, along with a comeback to the camogie pitch.

The Late Late Toy Show star has been battling cancer after she was diagnosed for a second time, and underwent surgery in May to remove a tumour in her lung. 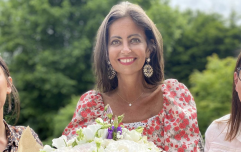 END_OF_DOCUMENT_TOKEN_TO_BE_REPLACED

Her doctors thankfully say that the surgery went as well as it could have and the 10 year old won't need any further treatment.

Taking to social media, her mum Roseanna confirmed the good news and revealed just how excited Saoirse was about it.

Roseanna said: "This week brought some welcome news as we received some long-awaited results for Saoírse's surgery.

"Following a call from our oncologist, we learned that Saoírse's surgery was successful and no further treatment is required, which is the best outcome we could have hoped for.

"Saoírse wrapped her arms around us with excitement."

END_OF_DOCUMENT_TOKEN_TO_BE_REPLACED

Roseanna added that the family isn't counting their blessings just yet and specialists are still continuing to monitor her daughter's progress.

"As many of you will know, cancer is incredibly unpredictable so the plan is now to go forward cautiously from review to review as our team wish to monitor Saoírse carefully!" she said. 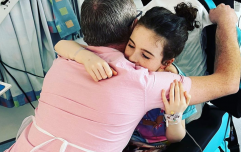 END_OF_DOCUMENT_TOKEN_TO_BE_REPLACED

"We firmly believe that the constant flow of prayers, relics, candles, and masses offered for Saoírse is what helped her through this major surgery and reconstruction."

Saoirse has been recovering over the last two weeks and is now "adamant" to get back to school before the summer break.

"Please know that while this is an amazing victory, we have to be realistic!!" Roseanna added.

"Saoírse may have won this battle but she hasn't won the war... so we go forward now and hope that you will all continue to keep Saoírse in your hearts and prayers!

"As I said before and I'll say it again "life is SO, SO unbelievably precious.'

popular
Are we getting a mini heatwave in September?
Vogue Williams slams man who refused to swap seats with her on plane
Greg O'Shea actually left Love Island to go to his granny's funeral
Green Party representative calls for a temporary ban of stag and hen parties in Ireland
Scarlett Moffatt slams 'disgusting' pap for sneaking into hotel to take photos of her
Ryanair, easyJet and BA issue warning to anyone boarding with smart bag
Katie Piper rushed to hospital for emergency eye surgery
You may also like
1 month ago
Saoírse Ruane's mum shares her daughter's anxiety over doctor visits
1 month ago
Cancer campaigner Deborah James passes away aged 40
1 month ago
BBC Radio 1’s Adele Roberts announces she is cancer-free in emotional statement
2 months ago
First Dates' Fred gives update on Merlin following cancer surgery
2 months ago
Deborah James calls for bowel cancer warnings on toilet paper
6 days ago
Baby twins die in hot car after dad forgets to drop them to creche
Next Page