There was sad news this evening with confirmation that the body of Steven Kavanagh has been recovered from the River Shannon.

The 21-year-old student had been missing for three weeks after getting out of taxi near his home in Clonlara on Thursday 6 March. A major land and sea search was launched in the region but Mr Kavanagh's body was located near Ardnacrusha Power Station this afternoon.

The young man was also Vice-President of Limerick Institute of Technology and the Union of Students in Ireland this evening released a statement saying that the organisation was "saddened" by the loss. 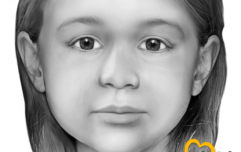 END_OF_DOCUMENT_TOKEN_TO_BE_REPLACED

"Our thoughts are with his family, friends and colleagues at this extremely difficult and challenging time. Steven was one of the most genuine and honest people to have been involved in USI for many years. His dedication and commitment to the student cause both on a national level and working on behalf of the students in LIT was unparalleled. He is a true inspiration to all of us in the student movement," it read.

"This is obviously an extremely difficult time for those of us who knew Steven, and the many students who assisted in his role in LIT Students’ Union. For anyone who requires support or just someone to talk to, we here at USI are of course available and are happy to talk or just listen. Removal and funeral arrangements will be made available as soon as we become aware of them. Talking is a sign of strength. There’s always someone willing to listen- Reach out to others and be there for one another."

popular
Wagatha Christie: Rebekah Vardy storms out of court just 30 minutes into final day
Only a matter of time before monkeypox spreads to Ireland, says expert
Claire Byrne Live viewers in shock as woman shares family DNA secret
Why Are Men so Obsessed With Boobs? The Answer is Pretty Surprising...
Denis Sulta had a cameo in Derry Girls alongside his girlfriend Saoirse-Monica Jackson
Get Out has officially dropped on Netflix and we know what we're watching tonight
How to INSTANTLY unblock your stuffy nose (we swear this works)
You may also like
2 months ago
Woman's body discovered in Monaghan lake
3 months ago
Body of woman dead for two years found sitting at her table
6 months ago
Gardaí launch investigation after body found on a Carlow street
3 years ago
Holly Willoughby reveals the one thing you'll never hear her talk about
3 years ago
Body found in Carlingford Lough following search for missing woman
3 years ago
Body of missing backpacker Catherine Shaw found in Guatemala
Next Page