"I'm not dying from cancer, I'm living with it"

We heard the devastating news earlier this morning that Jade McCann – who went by Jayda – had lost her battle with cancer.

I had been following Jayda for some time on social media before inviting her to be a guest on Her's Girls With Goals show back earlier this year. I wanted to hear first hand how this young woman, just 22 years of age, was dealing with a devastating illness while maintaining this massive following on social media.

In our interview she explained that, at times, she didn't deal with it well at all.

A huge thank you to @niamh_maher of @herdotie for the amazing opportunity to open up on her podcast today! I cannot wait for you all to hear it- it’s a special one?? It will hit all platforms on MONDAY coming so keep your eyes peeled?? #herdotie #girlswithgoals #podcast

Between her treatment, dealing with her own illness as well as her father's and maintaining a presence online, she explained that there were days when she wanted to shut down, delete everything and simply cry.

But despite the unthinkable situation she found herself in her message was strong, clear and loud.

Even though she's now gone, I believe that she achieved this. 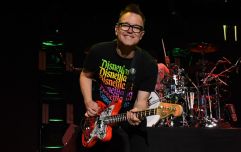 END_OF_DOCUMENT_TOKEN_TO_BE_REPLACED

As Jayda left the studio after our recording, the crew and I sat together and discussed what we'd just heard. We thought about how lucky we were, we felt ashamed and embarrassed about the minute things in our lives that we complain about.

It was sobering, it was eye-opening and it was affecting.

Jayda spoke out to the very end, and that's what she will be remembered for. She'll be remembered for her strength, for her resilience, for the fact that she never once admitted she was dying. Jayda wasn't dying – she was living with cancer, and now she can rest.

Jayda's words will live on and I'm privileged that I got to speak to her, to listen to her words and remember what's important.

Our thoughts and prayers are with her family during this difficult time.