A lot of excitement has hit the small Donegal village of the Glenties after a ticket worth €500,000 was sold in the town.

The lucky ticket won the top prize of €500,000 on last night’s EuroMillions Plus draw. 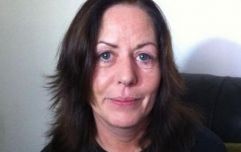 END_OF_DOCUMENT_TOKEN_TO_BE_REPLACED

The ticket holder bought their golden ticket in the Paper Stop shop on the Main Street in the Glenties, a village with a population of about 800 people.

The store owner William Elliott said: “I was shocked to get the call last night as it’s the first major National Lottery prize we’ve ever sold in recent times.

"We’ve been spreading the word to our customers to check their tickets and there is a great buzz in the village all morning. It’s a great little village and obviously with us being on the Main Street we have a lot of local customers so we really hope that it is one of our regulars but in truth we have no idea who the winner could be but I wish them all the best!”

Congrats to whoever just became half a million richer!