Why is the weather app always so wrong?

Disclaimer: the weather app is not always wrong.

Lately, however, it has appeared as though the weather app has forsaken us all. Taking a leaf out of a 2006 MySpace emo kid's book, it's become SoOoOoO rAnDoM xD, to the point where any kind of plan making is futile, and any kind of consistency has been completely lost.

END_OF_DOCUMENT_TOKEN_TO_BE_REPLACED

It's difficult to predict the weather. Weather people have a difficult job, and for all the times they have told me to prepare for a white Christmas and I have been painfully let down, I do not resent them. I respect them and the work that they do.

Weather apps, however, have been in the firing line among Irish people for quite some time. Most notably, over the past few weeks when making any kind of outdoor plans have rendered pointless, due to the consistent rain cloud emoji darkening our days... that have often not come to fruition at all.

So, why does the weather app get it so wrong sometimes?

I use the iPhone weather app, the one that comes with the phone, and is pulled directly from the Weather Channel.

END_OF_DOCUMENT_TOKEN_TO_BE_REPLACED

For years, I have been perpetually frustrated with the inaccuracies of the app, and witnessed others I know complain about the same issues time and time again without any understanding as to why Apple would chose to include such a seemingly poor app in their interface.

After a quick scour on Quora, I was informed that Apple probably don't make any money off the weather app, so why would they bother making it any better? And yeah, absolutely, fair enough. 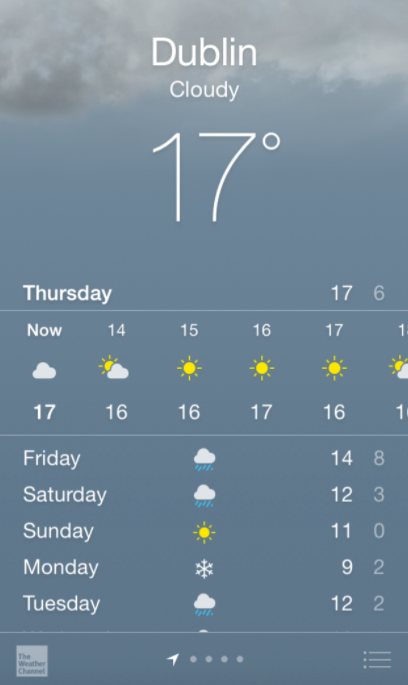 But what about the sources that these apps are pulling their data from? Surely they have an interest in being correct and having consistency across the board? As it turns out, they do, they just have different ways of interpreting their data, ultimately leading to different weather forecasts. 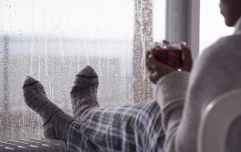 END_OF_DOCUMENT_TOKEN_TO_BE_REPLACED

Dr. Matthias Steiner, a senior scientist at the National Center for Atmospheric Research, told Mic a few years ago that when it comes to varying weather sources, "There are many sources of potential differences... They may be caused by the use of different data sources ... quality control of the data, space and time scale for which the information is valid, rendering of the information [or] interpretation by the user of the information."

In other words, while the data may be the same, how the forecaster is reading the data may vary - which would explain why your phone is telling you it's lashing and your Alexa is reporting cloudless skies.

If you want a more accurate reading of the weather, try a different weather app - give it a go for a couple of weeks and see if it's more accurate or not. Or, simply wait until the day arrives, take a deep breath and go outside. That should generally give you a good indication as to what's going on weather-wise.

But why is the weather constantly changing?

Sure, in 2020 it was scorching in April and May. The sun was out, the tans were happening, lockdown didn't seem all that bad. This year, however, we're being treated to a more traditional Irish spring - one that isn't that hot and has left us wondering if the heat waves of yesteryear ever really happened at all.

Sudden weather changes are a result of changes in temperature, air pressure, and humidity in the atmosphere. They are nothing new.

That being said, constantly changing and unpredictable weather is also a result of (you guessed it) climate change. As the entire world heats up, winters are set to get cooler and summers a whole lot warmer. Storms are also expected to become more frequent and more extreme as the decades go on.

According to Met Éireann's projections, global warming will also lead to a gradual decrease in rainfall in Ireland. On paper, this may seem like a positive, but will naturally lead to a wealth of issues elsewhere if the summers become particularly dry and hot. 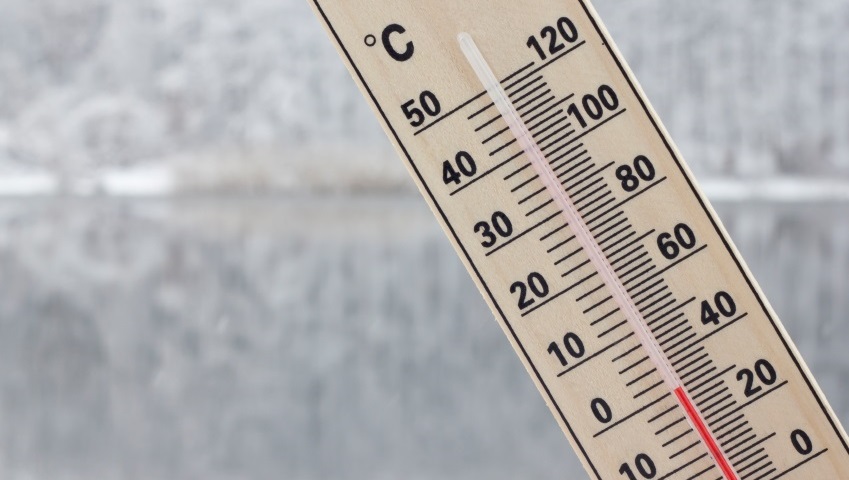 So, is there any reason why the weather app seems to be more wrong now than before?

Probably not, no. Although the weather may be ever so slightly less predictable given the ever-present reality that is global warming, here in Ireland a sudden hail shower is likely going to be the most shocking weather event to occur over the upcoming summer months.

What's more likely is that as the summer draws nearer, and any semblance of normality strongly relies on the weather in Ireland being good, we're simply checking our weather apps more. Fancy seeing a friend this weekend? Only if the weather's good. Otherwise, why bother organising anything at all?

Weathers apps, and weather people, have been wrong for decades. It may be their job to predict the weather, but it's a tough gig sometimes. Every now and again, they're going to get it wrong.

(And at some point, the earth is going to heat up so much that no app will be functioning to give any sort of reading on what the next few days will look like - because there won't be any next few days. We may as well enjoy this unpredictability while we can.)

popular
Love Island's Zara's brother reveals the real beef going on between her and Olivia
Little boy dies of cancer after doctors ignored mother's warnings six times
Abigail Breslin marries longtime love Ira Kunyansky
Funeral of Cork toddler takes place after choking accident
Love Island first look: Tom and Ellie's secret kiss is revealed as they head back for round two
Molly Mae: "Thank you for entering this world safely for us"
Lauren Goodger shares that she's "healthy again" amid her grief
You may also like
3 weeks ago
Jeremy Renner posts hospital bed selfie after horror snowploughing accident
3 weeks ago
Jeremy Renner out of surgery but still in critical condition after snowploughing accident
1 month ago
Temperatures could drop as low as -11 degrees this week
1 month ago
Low temperature weather warning extended until Friday
1 month ago
Met Eireann issue ice warning for the entire country
1 month ago
A Status Yellow warning for ice and low temperature is now in effect
Next Page