These new additions will be very much appreciated by WhatsApp users.

Mark Zuckerberg announced today (Tuesday, 9 August) that WhatsApp is bringing in three new privacy features that will allow users to add extra layers of protection to their conversations.

The three new features are as follows:

END_OF_DOCUMENT_TOKEN_TO_BE_REPLACED

Leave Groups Silently: If you're in a WhatsApp group that you no longer want to be a part of, but don't want to make a big fuss and announcement about leaving, then this new feature will only inform the admin of the groups that you have left. This new feature will begin rolling out to users by the end of August.

Choose Who Can See When You're Online: While it can be a good feature to see who is online at any moment, and also to allow others to see that you're online, sometimes we all just want to have a little browse of the app without everyone online knowing about it. So this feature will keep your online presence private, and will allow users to choose who can and can't see when they're online. This feature will begin rolling out to users by the end of August.

Blocking Screenshots of View-Once Messages: Users will already have access to View-Once Messaging on WhatsApp, allowing you to share messages and images without leaving a digital record. This new feature, which is currently being tested and shall begin rolling out to all users soon, will allow users to block anyone from grabbing a screenshot of these expiring messages.

On the new settings, Zuckerberg said: 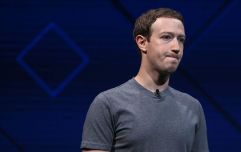 END_OF_DOCUMENT_TOKEN_TO_BE_REPLACED

"New privacy features coming to WhatsApp: exit group chats without notifying everyone, control who can see when you're online, and prevent screenshots on view once messages. We'll keep building new ways to protect your messages and keep them as private and secure as face-to-face conversations."

popular
Baby dies next to mother who drank 'two or three' bottles of wine then fell asleep
Woman dies four days after proposal after using wrong spoon to stir tea
S Club 7's Hannah Spearritt and children left homeless after being forced from home before Christmas
Clarins opens its first spa in Ireland (and the UK) on one of Dublin's busiest streets
"I feel like I lost myself": Nathalie Lennon on her mental health struggles and her latest project with Pieta
Naked Attraction host left speechless after seeing contestant with 'world's biggest penis'
Irish pizzeria given perfect score by top food reviewer
You may also like
2 weeks ago
People are discovering you can use AAA batteries in AA devices
1 month ago
People are warning others about using new AI selfie app
1 month ago
Gifts for Him: 18 affordable presents for your old fella, brother or boyfriend this Christmas
2 months ago
Be quick! Here are 12 of the best deals in Lidl's huge Black Friday sale...
10 months ago
Here's why you need to change your passwords right now
1 year ago
Her Christmas gift guide: gifts to treat your bestie to this Christmas
Next Page