It's been a tough week for Zara Holland.

The young woman was informed of her misfortune while on the show, breaking down at the thoughts of losing her crown.

Following leaving the show due to her mother's health issues, the reality star tweeted her sadness and disappointment at losing her title.

This sums up how I'm feeling, but knowing I've got incredible support makes me feel very humble. Thank u so much? pic.twitter.com/gHh96MGWDI

Fans of the reality love show expressed their shock at Miss Great Britain's decision to dethrone Zara, and began a petition to give the model her title back. 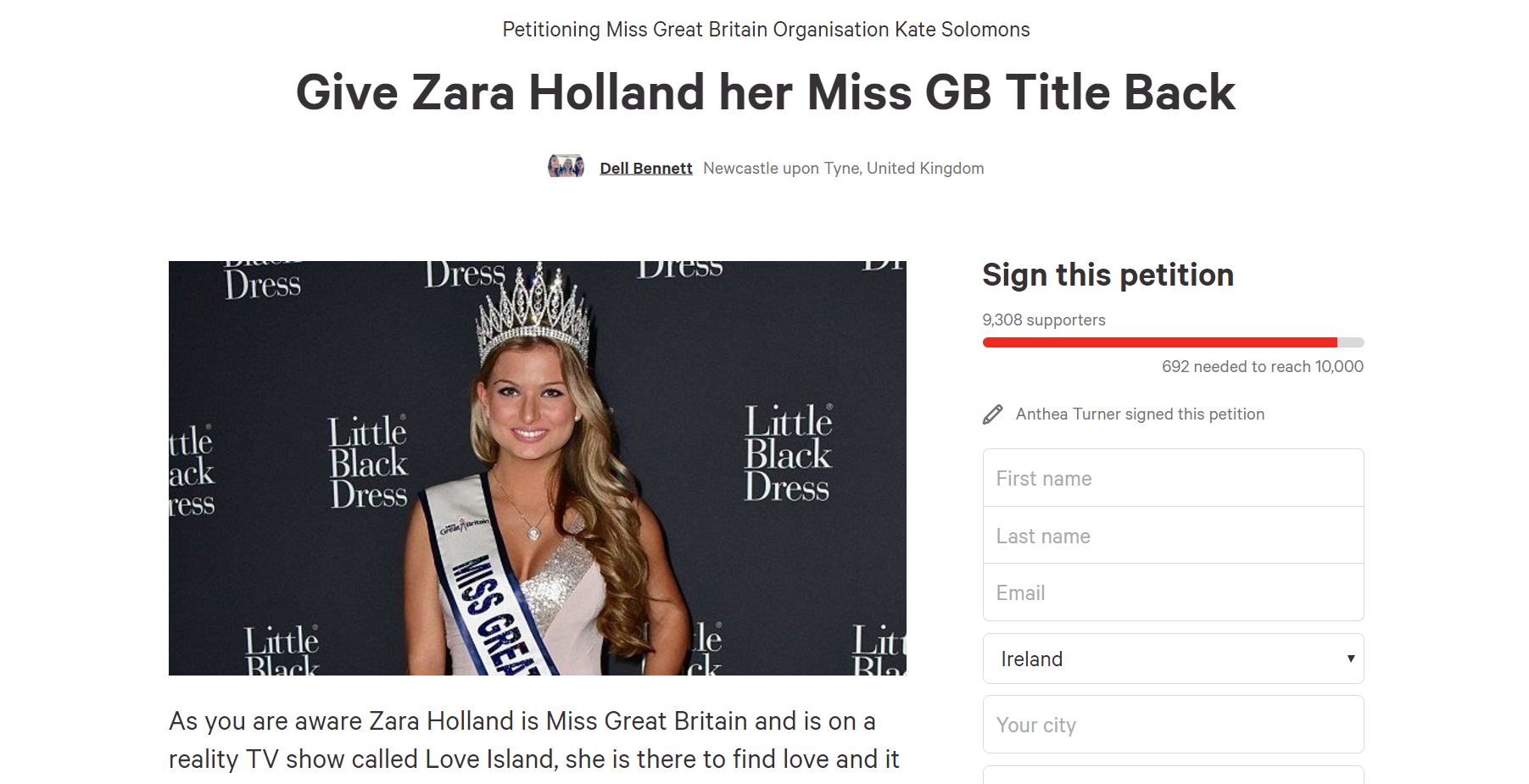 It has yet to be confirmed if Zara Holland will be reunited with her title.

popular
Vicky Phelan says terminally ill people should have right to decide how to die
Omicron variant symptoms are mild so far, says doctor who discovered it
The internet is saying the same thing after Ryan's Toy Show opening
The best memes from this year's Late Late Toy Show
Strictly's Giovanni Pernice responds to dating rumours following split from Maura Higgins
8 of the hottest make-up trends to try this festive season
We finally know what happened to Sam in And Just Like That
You may also like
2 months ago
Ashley Graham tells fans she's expecting twins in touching video
2 months ago
Miss Great Britain contestant wants to compete makeup-free
4 months ago
Chrissy Teigen mourns dog Pippa who "died in my arms"
4 months ago
Louise O'Reilly: "There can never be enough diversity, but it needs to be genuine"
4 months ago
Miss Nevada is set to become the first transgender woman in Miss USA history
5 months ago
Model responds to backlash after being exposed for fake business class photo
Next Page