QUIZ: Guess these classic early noughties songs from their lyrics

Anyone ever have a "childhood songs" day?

Yeah. Us too. Actually, we just had one. We were feeling a bit nostalgic so decided to listen to a few old tunes that would bring us back to our youthful years. 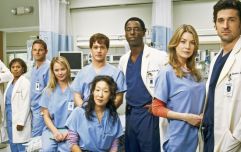 QUIZ: How well do you remember these iconic Grey's Anatomy moments?

END_OF_DOCUMENT_TOKEN_TO_BE_REPLACED

We had a blast listening to these songs but realised that we'd gotten a little rusty on some of the lyrics. There were some songs that we would have been screaming out just a few (okay, quite a few) short years ago that we now found ourselves having to mumble along to some of the lines.

Maybe our memory is just getting bad or perhaps it really has been just so long that our brain has decided we don't need these lyrics anymore (obviously wrong). We thought we'd let you jump in on the fun and fear of getting old, so we made a little lyrics quiz.

How much of a music buff were you in the noughties? And, more importantly, how good is your memory? Time to find out! 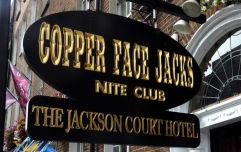 QUIZ: Can you get 10/10 in this ultimate Copper Face Jacks quiz?

END_OF_DOCUMENT_TOKEN_TO_BE_REPLACED

Club is running their Great Then, Great Now campaign, where they're celebrating different memories we've collected over the years. Club have been around since the 1930s so, really, they've been right there with us through it all. All the memories, all the hit songs (the great and the not so great) and now they want to celebrate all the ones that have lasted. Visit their Facebook page where they are giving away some retro goodies, plus €1000 worth of concert tickets for one lucky person.

popular
Eamon Ryan's mother dies in tragic accident on family holiday
Andrew McGinley says he is seeking a divorce from Deirdre Morley
Love Island's Danica said she felt "disrespected" in the villa
Olivia Wilde accuses ex Jason Sudeikis of 'threatening' her
WATCH: Olivia Newton-John's daughter shares duet with mother
Weather: Parts of the country to hit 30 degrees today in August heatwave
Baby twins die in hot car after dad forgets to drop them to creche
You may also like
23 hours ago
Share your best homemade burger for a chance to WIN a €1,500 holiday voucher
2 weeks ago
Everything you need to know about All Together Now 2022
2 weeks ago
WIN: A €1,500 holiday voucher by sharing your best homemade burger snaps with us
2 weeks ago
If you're looking to save some cash, here's why switching your mortgage now could be a big help
1 month ago
10 stunning and affordable outfits that are perfect for a summer wedding
1 month ago
Get ready for an epic All Out Summer Adventure with these coastal trips in Mayo and Dublin
Next Page