Sarah Rowe went from ladies football to the AFL last season and it's safe to say it was a shock.

The Mayo footballer has returned from Australia in a blaze of glory. Not only did she receive a coveted award for rookie of the year but she was also offered a two-year permanent contract with her club, Collingwood. It's not surprising that the team are keen to keep the talented footballer, Rowe started every game with the Magpies during an admittedly disappointing season and despite the results, it seems the 23-year-old is an asset they're willing to fight for.

A two-year professional contract sounds like the dream to every amateur athlete but the draw of home and playing for Mayo was insurmountable so she turned it down, deciding instead to juggle both. 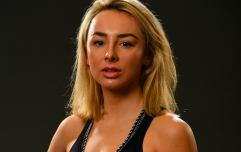 END_OF_DOCUMENT_TOKEN_TO_BE_REPLACED

On paper, Rowe has taken the transition from Gaelic football to the AFL in her stride but on episode 2 of our brand new sports show PlayXPlay, she admits that at first it wasn't plain sailing and at times it was the basic rules that were the most jarring.

"The first week in training someone came in from behind me, I hadn't a clue. I got absolutely crunched," she said.

Listen in at 10.10 below to hear Sarah's struggles with new rules and in particular one moment which had her teammates in stitches... we think it's a valid point.

For the summer months it's back to training and Mayo for Sarah before heading back for Collingwood's 2020 campaign, as she says herself she's not willing to give up the pies just yet.

Who says you can't have it all?

You can watch the full PlayXPlay show with Jenny Murphy and Dublin footballer Niamh McEvoy  here.


Girls With Goals || Her · Ep.161: Feeling Peachy - Sharon Keegan of Peachylean on being an absolute BOSS!
popular
Love Island fans pine for Tommy Fury's loyalty after last night's episode
Charlie Haughey's grandniece has won big for Hong Kong in the Olympics
You can now rent out the Harry Potter house on AirBnB
Simone Biles pulls out of all-around Olympics final due to mental health
The sad reason why viral gymnast, Katelyn Ohashi, isn't on the USA Olympic team
Rachel Wyse And Galway's Joe Canning Are Reportedly Dating...
Murder investigation launched after child dies in Belfast stabbing
You may also like
3 weeks ago
Woman arrested over Tour de France's worst-ever crash
1 month ago
Nicole Turner is just getting started
1 month ago
Opinion: We can all learn something from Naomi Osaka
2 months ago
Róisín Upton: "We're ranked eighth in the world and we're the only team who have never been to the Olympics before"
2 months ago
"As females we need to promote ourselves more and be proud of our games"
2 months ago
Sene Naoupu: "This is just the start, we're ensuring women's rugby is available to everyone"
Next Page