Lyndsey Davey never wastes a second. She can't afford to.

She meets us at 12 o'clock up at Skerries Harps, the club she's been with since joining the nursery group as a five-year-old.

Her father was the coach back then, Willie Davey. He might not have known it at the time, or even thought about it, but his daughter would grow up into a true icon of Gaelic football in Dublin.

END_OF_DOCUMENT_TOKEN_TO_BE_REPLACED

Willie was no slouch himself. In fact, the same man won a Masters All-Ireland the very same year Lyndsey picked up her first Leinster title with the county back in 2004 when she was called up to the panel at the age of 14.

Ever since then, she's been a Dublin senior player - all of 15 years, what is now most of her life.

And only once did she stray from that path, back at the very start of it when a 14-year-old who was simply enjoying playing football with the under-16s and minors found it too intimidating to begin with in John O'Leary's camp. Still, she was back in time to win a provincial championship that same season and to experience the heartbreak of an All-Ireland senior final loss - her first of five.

Thankfully, in her debut campaign with the county, the Junior Cert class was there to console her when she went back to school on the Tuesday. 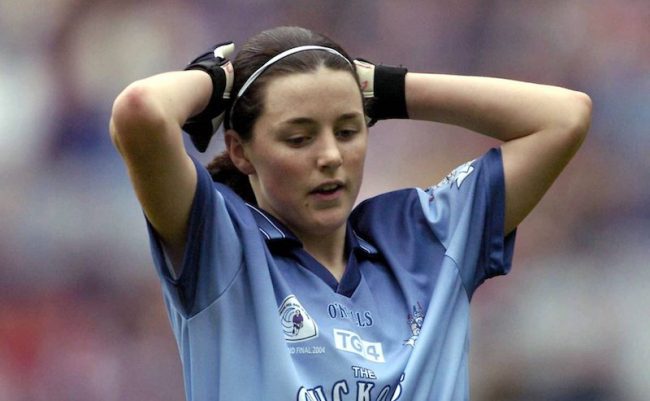 END_OF_DOCUMENT_TOKEN_TO_BE_REPLACED

Since then, Davey has lost more All-Ireland finals, she's won three of them, she's collected three All-Stars along the way in a distinguished career but she doesn't count medals or trophies - she sends them down to her mam's and nanna's houses actually. No, she counts seconds and she questions what more she could do with each of those precious seconds that she's given.

So, she's at the clubhouse for midday and she isn't there five minutes when she's talking with a coach about the Easter camps for the underage players. It won't be a problem, she'll be there. She'll help. She'll do what she can like she always does, like she does with the club senior team - sometimes coaching sessions that she's participating in herself - when she isn't training with Dublin or in the middle of a 12-hour shift with the Dublin Airport Fire and Rescue Service.

She's going into the station for 3pm and she'll work right through until 7am because she's making back hours she owes someone who covered her last week so she could go represent her county.

"I'm very lucky with the people I work with," she has a gleam in her eye and a smile on her face when she talks about the crew. Soundness epitomises that place. Family.

"With training and matches, they're always there to help me out and obviously I'll cover them back.

"You're always looking out for each other and, if it wasn't for them, I probably wouldn't be able to have played inter-county football for as long as I have."

END_OF_DOCUMENT_TOKEN_TO_BE_REPLACED

When Lyndsey finishes at 7 the next morning, she heads for Croke Park. The launch of the GAA World Games is taking place and she's flying the flag for ladies football.

Other days, she goes from work and straight to training, from heavy-duty drills through burning fuselages to football drills designed for fitness.

Mick Bohan understands the unique stresses the job can put on one of his star players' body and mind so he works with Davey and manages the situation and the individual like any good GAA manager would. Likewise, the fire and rescue crew help her to plan around football, probably just because they enjoy the day out at Croker going to support their colleague on All-Ireland final day. 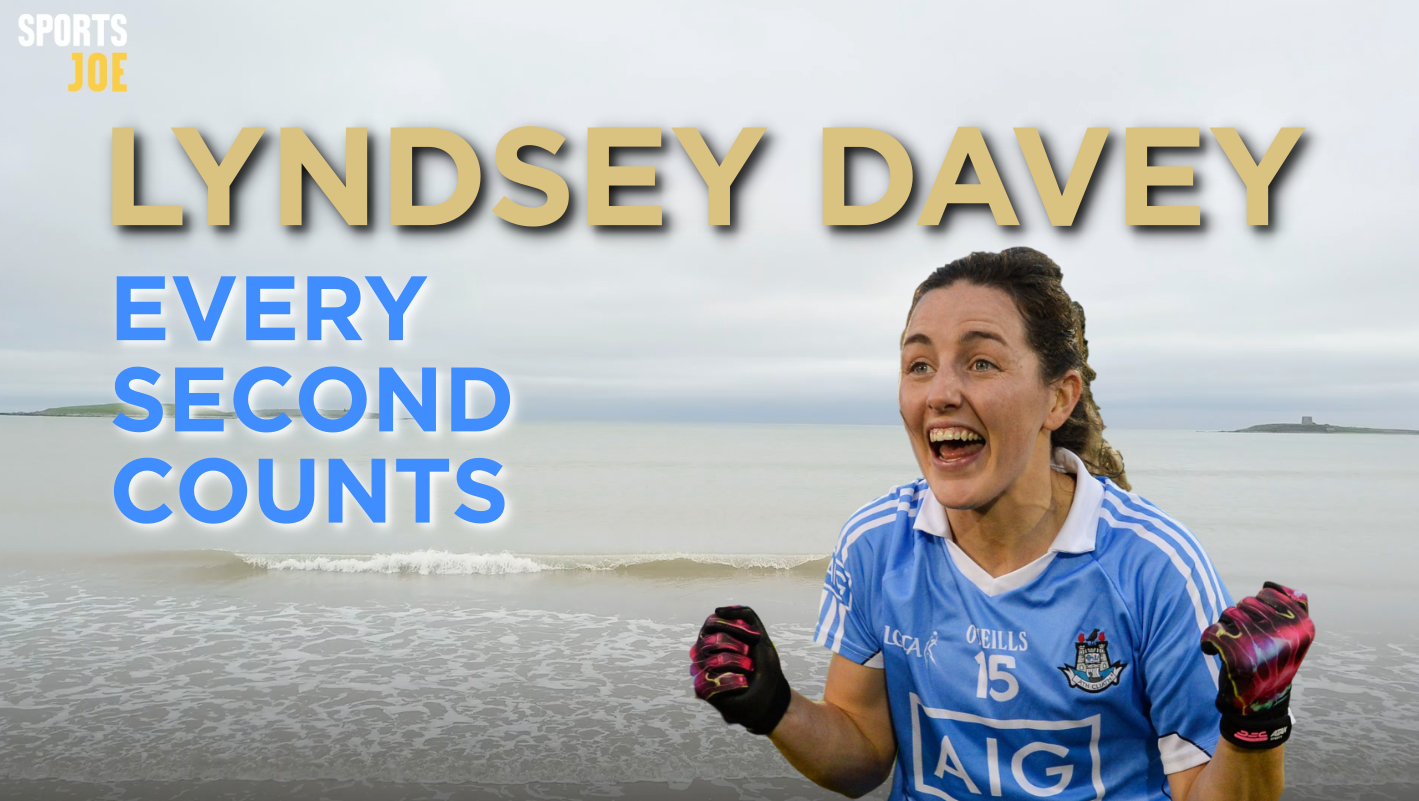 It's hardly a career that lends itself to sport at the level the three-time All-Star operates at but, then again, just walking around the outskirts of the airfield, you see past players, current athletes, you see Paul Clarke standing outside the gym on his break and wonder if he's on the blower to Jim Gavin himself. What you see mostly is a team. One that has fought fires together, conducted rescue operations and cleared dead animals from the runway against the clock in the dead of night. You see a group that's been through thick and more thick together, comfortable enough to rib the hell out of each other but more comfortable in the knowledge that each and every one of the men and women on duty would literally walk through flames for each other.

"Everything we do, we do as a team. If we're going into an incident with breathing apparatus, we always go in with a minimum of two people. So whatever environment it involves, you have each other's back, really.

"You're making sure everyone gets in and back out alright. It's unpredictable and you never know what you're going to, that's why there has to be an element of looking out for each other."

Since 2015, Lyndsey Davey has been in her dream job, the one she had been aiming for her whole life and, every year, she's also gone the whole way to September with Dublin, to the All-Ireland ladies final. People ask her - her Waterford grandmother especially - how she does it and why she does it but, for her, it's a calling. Both of those paths are callings.

Rescue missions are just part of everyday life for the Skerries woman who is a genuine hero both on and off the pitch. She talks about 'adrenaline junkies' in terms of her and her colleagues, and the rush she gets going out to a job not knowing what to expect and how, when faced with routine adversity, she flicks to action mode and she goes to that place where the safety of everyone around her is suddenly more important than her own.

If you were lucky enough to watch her on a football pitch, you'd see the same traits. The firefighting, the sacrifice, the resourcefulness, the tireless industry, and the reckless abandon that allows her to commit her body so wholly and so willingly to the cause.

It's not a choice for Lyndsey Davey, it's just who she is. And, just like she's been chasing All-Irelands with Dublin for the last 15 years and persevering through three final defeats in a row, she's chasing the next rescue too, always against time.

She plays her football to achieve, to leave a mark, to inspire the next girl to look at her and think that maybe she too can play in front of 50,000 people some day, just like Lyndsey. And she's there to save lives so that others can keep chasing their own dreams.

Davey chased her dreams and through setbacks and knocks, through a recession, through defeats, and through inequality even, she's come out at the other side with all of them in her hands and more in reach.

She's there to show that if she can do it, the next one can too.

"Don't let anybody else tell you anything different. If that's what you want to do, just go for it."

popular
Everything we know so far about Kourtney and Travis's Italian wedding
Wagatha Christie: Rebekah Vardy storms out of court just 30 minutes into final day
Claire Byrne Live viewers in shock as woman shares family DNA secret
Helen McCrory's children give heartbreaking tributes at her memorial service
Only a matter of time before monkeypox spreads to Ireland, says expert
Rebel Wilson claims male co-star sexually harrassed her
Late Late Viewers left in awe of Paul McGrath's memories of Jack Charlton
You may also like
1 year ago
BBC broadcaster Holly Hamilton: "It feels like the soul has been taken out of sport"
1 year ago
Maxine O'Sullivan: "People don’t talk about the mental side of horse racing"
1 year ago
Brazil's female footballers to be paid the same as men
1 year ago
Greta Streimikyte: “I'm visually impaired but I never let that get in the way of my sport"
1 year ago
Gina Akpe-Moses: "This has been an awakening for black people"
1 year ago
Irish Rugby's Hannah Tyrrell on Pieta House's new initiative and the importance of asking for help
Next Page