The Galway women's team were given less than 10 minutes to warm up before Sunday's All-Ireland semi final against Cork.

The Ladies Gaelic Football Association (LGFA) has said they thought they were "doing something brilliant" by hosting the game in Croke Park, but members of the team have suggested otherwise. 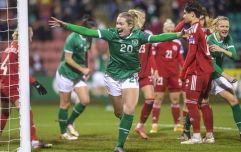 END_OF_DOCUMENT_TOKEN_TO_BE_REPLACED

The venue for the game was changed three times before being moved last minute to Croke Park due to weather conditions in Parnell Park. The start time was also brought forward by 30 minutes as the All-Ireland men's semi-final between Tipperary and Mayo was taking place later in the afternoon.

The LGFA told both teams that there would be time for a full warm up before the game. President Marie Hickey said that the teams were in a "very difficult situation" yesterday, but believes that Galway could have "been out on the pitch earlier." 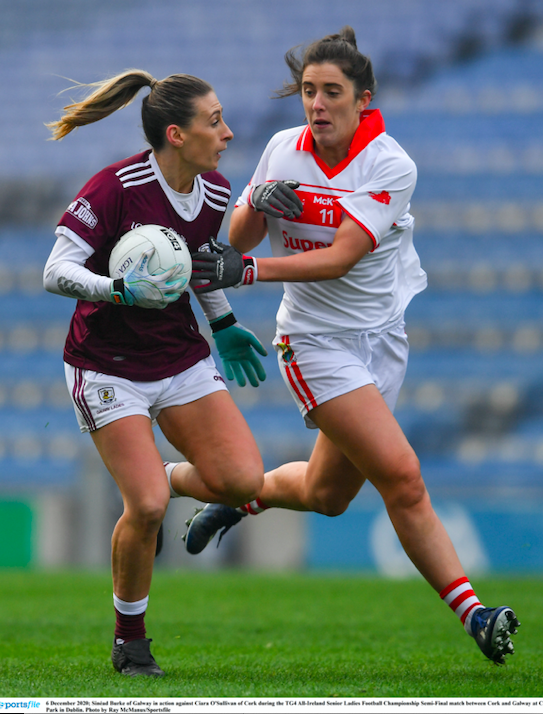 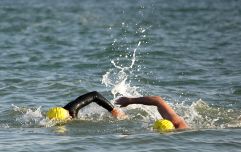 END_OF_DOCUMENT_TOKEN_TO_BE_REPLACED

"I have so much time for the LGFA and have had amazing days with the association, and to hear that being said, it is a punch in the guts," she told RTÉ's Claire Byrne.

"The most disappointing thing is the question was never asked could the men's game be pushed back 30 minutes. That's the killer blow. The question wasn't even asked.

"All we were asking for was 10 minutes to get a sufficient warm up done to get us to match intensity to be prepared going into that game yesterday and we weren't allowed." 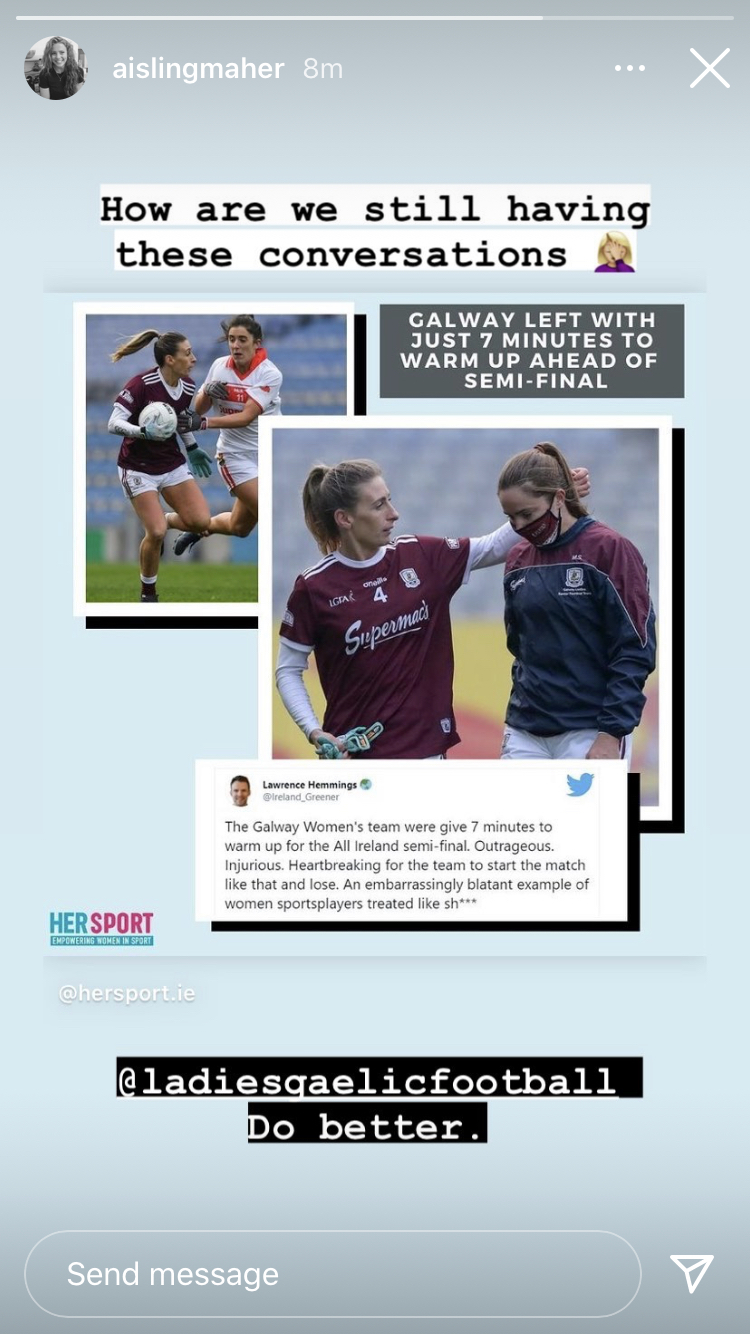 Other athletes have taken to social media today to address yesterday's game. Among them was Dublin's own Aisling Maher, who asked: "How are we still having this conversation?"

She also asked the LGFA to "do better."

popular
Love Island's Adam Collard and Paige Thorne are "on a break"
Netflix's Dahmer series' inaccurate key detail changes everything
Here are the baby name trends set to dominate 2023
Educating Yorkshire's Mushy has emotional reunion with teacher who helped with stammer
5 delicious brunch spots around Ireland to try out on your next trip with the girls
Irish twins featured by Gucci during Milan Fashion Week
Doctors move young girl to Dublin hospital after Co. Clare incident
You may also like
7 hours ago
Disability group shares concerns ahead of winter following "disappointing" budget
1 day ago
Contraception, IVF and rent relief: Key takeaways from Budget 2023
1 day ago
Why Cuba's redefinition of the family is so significant
6 days ago
Here's why Iranian women are protesting the country's morality police
1 week ago
Charlie Bird to be awarded Freedom of Wicklow
1 week ago
Widespread protests in Iran after woman dies in police detention
Next Page