A great day for Irish sportswomen.

Sanita Puspure has won gold at the European Rowing Championships.

The Latvian-Irish rower secured the medal in the single sculls event today at this year's championships in Lucerne, Switzerland.

Puspure qualified for the 'A' final of the single sculls yesterday following an impressive performance in the semi-finals finishing second behind 2012 Olympic champion, Mirka Knapkova. 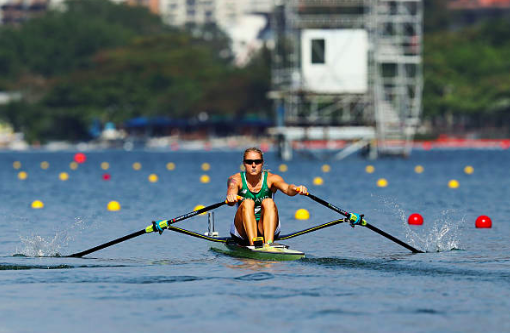 Puspure is the reigning world champion in the women's single scull. She won her title last year at the 2018 World Rowing Championships in Plovdiv, Bulgaria.

The 37-year-old began her rowing career in 2003 in her native Latvia, eventually moving to Ireland with her husband in 2006.

Puspure began competing for Ireland in 2010 and became an Irish citizen soon afterwards. She was selected as the sole rowing competitor for Ireland in the 2012 Olympics, placing fifth.

popular
Paul Mescal wore O'Neill's shorts while carrying cans of pink gin so I bought O'Neill's shorts and cans of pink gin
Aldi's velvet stools are just €25 and don't call us basic for wanting a pink one
This amazing hanging egg chair is coming into Aldi next week and go, go go (but safely)!
After days of silence, Scott and Sofia finally comment on the break up rumours
So, William and Harry have a step sister... and who knew?
"I called my Mum and we both cried" Niamh O'Donoghue on landing the dream job with Vogue
Lidl launches new pre-mixed gin cocktails, right in time for the weekend
You may also like
5 months ago
WATCH: 'As a sport, it's everything' Emma McQuaid on the beauty of Crossfit
6 months ago
Disappointment for Ireland as Greece equalise in final minutes of Euro qualifier
6 months ago
'We call it our Everest'- Hockey star Lena Tice on Olympic aspirations ahead of a massive weekend
7 months ago
Ciara Mageean's training diary: Three sessions a day, Sunday morning mass and minding the mental side
7 months ago
O'Sullivan and McCabe put on a show in Tallaght to bring Ireland one step closer to Euro 2021
7 months ago
Ireland emerge victorious over Ukraine in tonight's women's Euro 2021 qualifier
Next Page