A university in London has introduced a sports hijab in a bid to encourage more Muslim women to play sport.

Brunel University launched the hijab this week to attract more young Muslim women to participate in sporting activities as part of teams and competitions.

The initiative hopes to make sport more inclusive for all women across the UK.

END_OF_DOCUMENT_TOKEN_TO_BE_REPLACED

Brunel is the first university in the country to make a sports hijab available for its Muslim sportswomen.

"Muslim women were of course participating in sports on their own and in private, but they weren't really going out to competitions, or using sport as a social tool to get involved in activities. 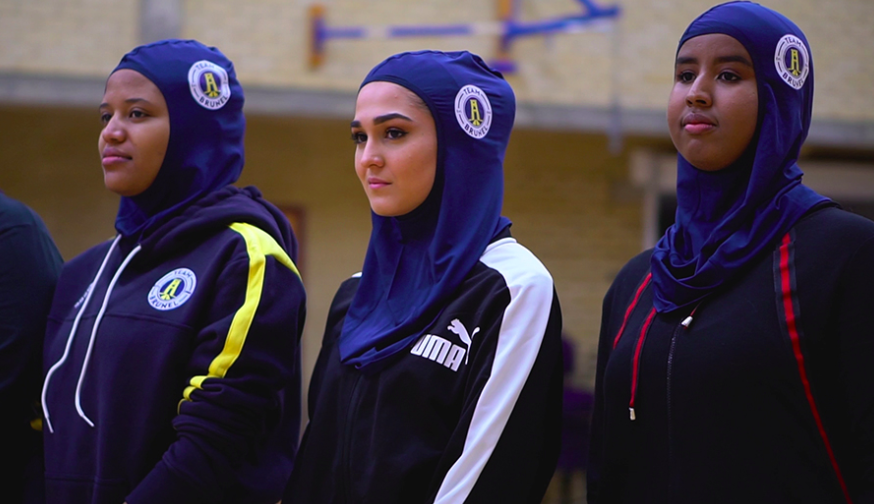 END_OF_DOCUMENT_TOKEN_TO_BE_REPLACED

A 2017 study found that just 18 percent of Muslim women in the UK participate in sports regularly.

30 percent of the country's female population is Muslim.

Brunel student and gym goer Faith Al Saad called the hijab a "life saver" and said that she is "one hundred percent confident" it will encourage more Muslim women to participate in sports outside of the home.

“It’s great. Really lightweight, really easy to wear, really comfortable – it feels like you’re wearing nothing on your head, which is amazing, especially when doing sports,” she said. 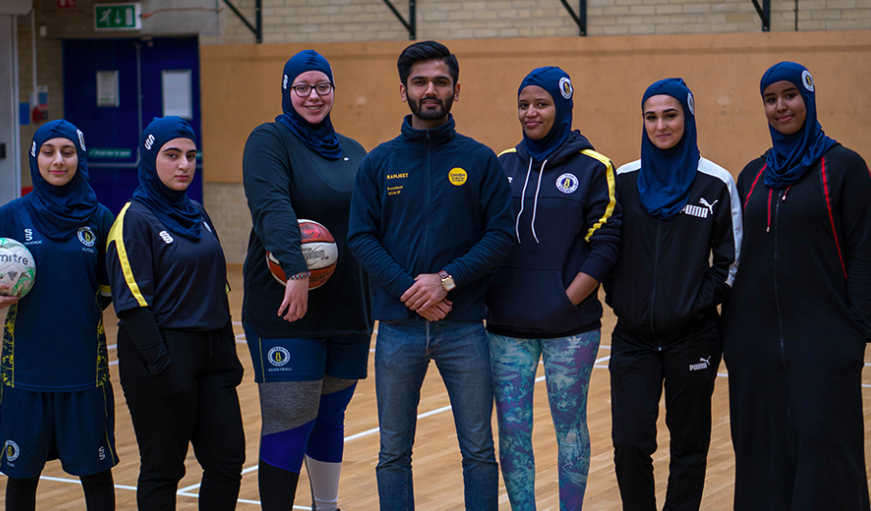 END_OF_DOCUMENT_TOKEN_TO_BE_REPLACED

“The traditional hijab is basically a cloth you wrap around your head and then pin down. You can’t really run in it, it’ll literally fly off. The pins come out and it falls off – it’s not comfortable.

“Especially in sports, you run, you sweat, you fall – the traditional hijab gets in the way. Wearing the sports hijab makes it ten-times easier, and I genuinely think it’s a lifesaver.”

Brunel hopes that other universities will follow their lead and introduce a sports hijab for their female Muslim students.

popular
Gwen Stefani reportedly pregnant with baby number four
Fleetwood Mac's Christine McVie has died aged 79
Why Are Men so Obsessed With Boobs? The Answer is Pretty Surprising...
Jill Scott admits she gave Owen Warner extra food at meal time
Fundraiser set up for boy attacked by pit bull in Wexford
Revealed: The Most Dangerous (And The Safest) Places To Live In Ireland
Science says this is how many dates you have to go on before you find 'The One'
You may also like
1 week ago
I'm A Celeb star Jill Scott discusses ‘sad’ truth about homosexuality in men’s football
3 months ago
Taking up golf? This free app is an amazing beginner's guide for anyone starting out
5 months ago
WATCH: Incredible moment coach saves swimmer as she faints underwater
5 months ago
Gerard Pique and Shakira announce they have split after 11 years
7 months ago
Transgender women no longer allowed to compete at British female cycling events
8 months ago
Young British rugby star passes away aged 20 following injury
Next Page