- By Declan Rooney, at Croke Park

Louth left the disappointment of 12 months ago behind them as goals from Katie Flood, Niamh Rice and Lauren Boyle sealed their third TG4 All-Ireland Junior title.

END_OF_DOCUMENT_TOKEN_TO_BE_REPLACED

Full-forward Flood caused havoc throughout, but either side of her Boyle and Rice also got their better of their opponents as Louth recovered from defeat to Limerick at the same stage last year to wrap up promotion to Intermediate for 2020.

Lisa Maguire and substitute Aisling Woods tried to launch a Fermanagh comeback with second-half goals, but there was no way back after a near faultless display from Louth.

On the biggest day of the year it was no surprise to see nervousness in the early minutes, but once Flood pointed in the seventh minute both teams began to settle. By the interval Flood had scored 1-5 as her side worked their way to a seven-point cushion.

At midfield Eimear Byrne – who played full-forward in last year’s final – was instrumental in plenty of positive Louth plays, while Aoife Byrne was also in the thick of the action beside her as Louth bossed the middle third. 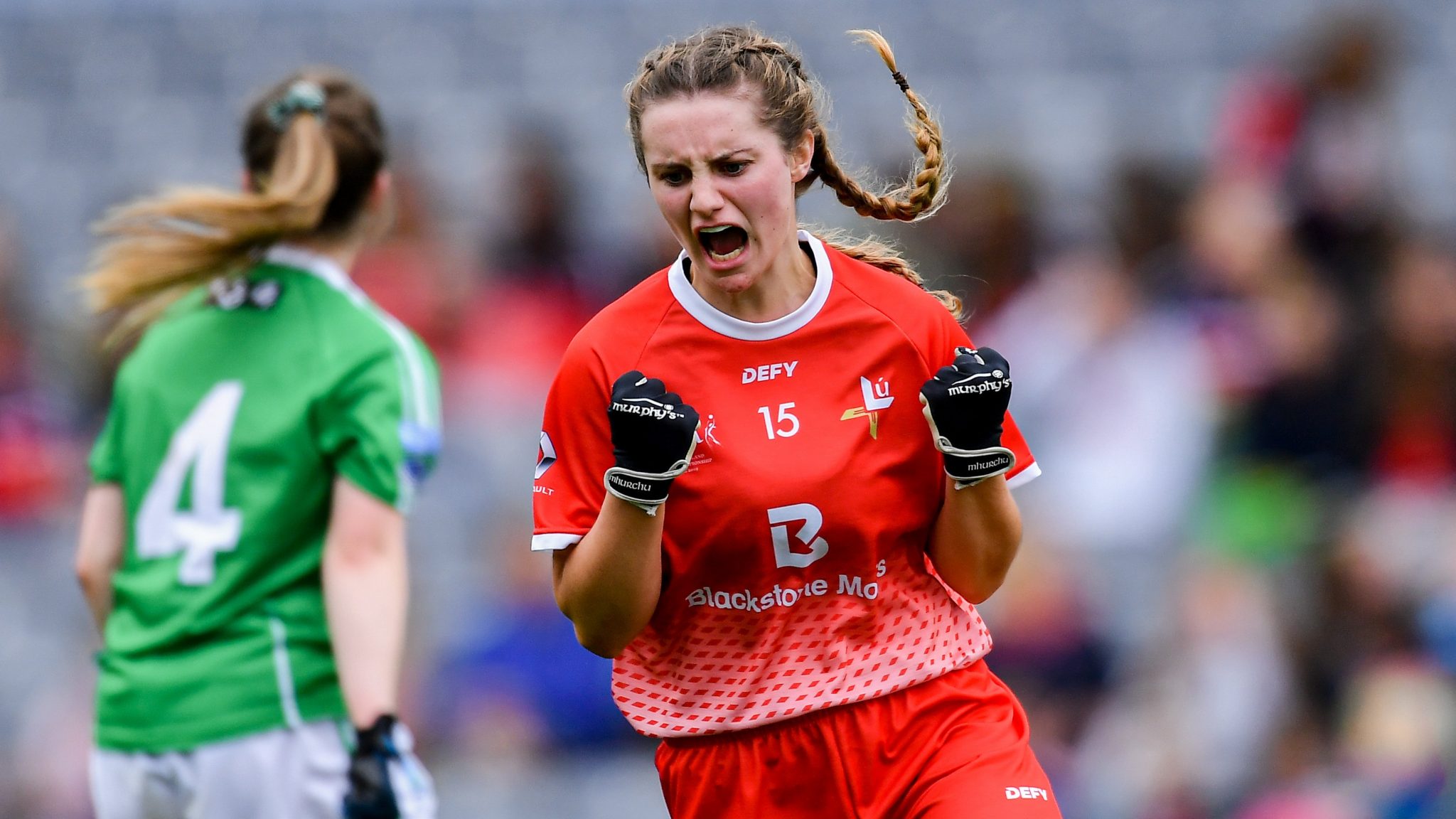 But you suspect that first-half would have been a lot different had Fermanagh taken their early chances. Aoife Flanagan and Eimear Smyth both missed the target, while a brilliant ninth-minute save from Una Pearson denied Smyth a goal that would have given Fermanagh the lead.

Instead Louth and Flood began to punish their Ulster opponents. Flood kicked frees in the 12th and 14th minutes to make it 0-3 to 0-0, and although two Smith frees closed the gap to one, Louth powered into half-time.

END_OF_DOCUMENT_TOKEN_TO_BE_REPLACED

A sweeping move resulted in a great Niamh Rice point, and with Eimear Byrne again providing the assist Flood made it 0-5 to 0-2 after 24 minutes.

And five minutes from the interval the vital goal arrived. An arrowed pass from Rice picked out Eimear Byrne, who sent Flood in on goal. A combination of her power and determination improved the chance, and she found the net via the underside of the crossbar.

Louth were 1-6 to 0-2 ahead at half-time and six minutes after the restart they had stretched that lead by another three – Susan Byrne, Flood and Lauren Boyle found the target.

The introduction of Aisling Woods gave Fermanagh a lift and soon after that Lisa Maguire had a goal disallowed when she illegally dispossessed Sarah Quinn, but she didn’t have to wait long to make amends when she fired to the net in the 38th minute to make it 1-9 to 1-2.

There was no panic from Louth though and 12 minutes from time Byrne and Boyle combined before Rice crashed Louth’s second goal to end any doubt. 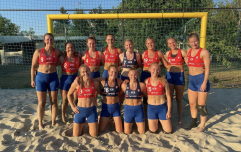 END_OF_DOCUMENT_TOKEN_TO_BE_REPLACED

popular
The internet is saying the same thing after Ryan's Toy Show opening
Dancing On Ice 2022 star Brendan Cole rushed to hospital after head injury
Omicron variant likely already in Ireland, says public health expert
We finally know what happened to Sam in And Just Like That
Viewers in bits after Barry Humphries congratulates Dermot O'Leary on coming out
Strictly's John Whaite feels "reborn" after topping leaderboard with Johannes Radebe
The Toy Show DJ brothers have been offered their very first gig
You may also like
1 month ago
Olympian and world champion runner Agnes Jebet Tirop found dead in home
3 months ago
Women's Afghan football team evacuated safely from Kabul
3 months ago
Kellie Harrington proposed for Dublin's Freedom of the City after phenomenal win
3 months ago
Wicklow swimmer Sarah Mortimer crosses English Channel in just 13 hours
3 months ago
Kellie Harrington will go for gold in Olympic final
3 months ago
Olympians are taking a stand against sexism in sport - and it's been a long time coming
Next Page