Nadia Power: "The Olympics was a goal I was too afraid to set"

Thanks to the nature of global pandemics, it's been five years since the world has come together to celebrate the Olympics. With over 200 nations competing between the Winter and Summer Games, the Olympics is the foremost sporting competition in the world and every athlete's dream.

END_OF_DOCUMENT_TOKEN_TO_BE_REPLACED

That's no different for Irish runner, Nadia Power, who I caught up with before she headed to her holding camp in Tokyo to represent her country in athletics, "It was 100% a goal of mine getting to the Olympics," the 23-year-old told me as soon as we started chatting.

"In some ways, it was a goal that I was too afraid to set for a number of years because it was too big. It's weird in a way because I feel like I achieved it a little bit easier than I should of."

I know what you're thinking, how can an Olympic qualification be easy?

The truth is, Nadia is very open about the fact that she was one of the athletes that benefitted from her sport being shut down. She explained that she did what any athlete would do in that situation, she took the opportunity, "I did what I could. There was a lot of spaces in races that I wouldn't have got into previously maybe Americans and Africans couldn't travel to races in Europe and other athletes were just taking a year off. I took this opportunity I needed to gain experience racing at a higher level."

END_OF_DOCUMENT_TOKEN_TO_BE_REPLACED

The experience paid off and Nadia booked herself a ticket to Tokyo, "It was weird because I had kind of known from looking at the rankings but I didn't want to believe it. When the qualifications window closed finally it was a massive relief, excitement but I couldn't believe it till it was 100% official."

One of the great things that Olympians do is inspire. They inspire the next generation of athletes who are sitting at home, watching sports, and dreaming about their future medals. Nadia's athletic dreams began at the tender age of 8, and she explained how sticking with it and turning up every week was the best thing she could have done, "There hasn't been any time when I lost motivation."

END_OF_DOCUMENT_TOKEN_TO_BE_REPLACED

"When I was younger I'd look at the Olympics and think, 'Oh great I'm going to do that when I get older for Ireland'. But then as you actually get older and start to represent Ireland at schools, that's when you realise how hard it actually is to even do well at  international level between England Scotland and Wales and then you see."

Despite things getting tougher as she grew, Nadia never gave up. 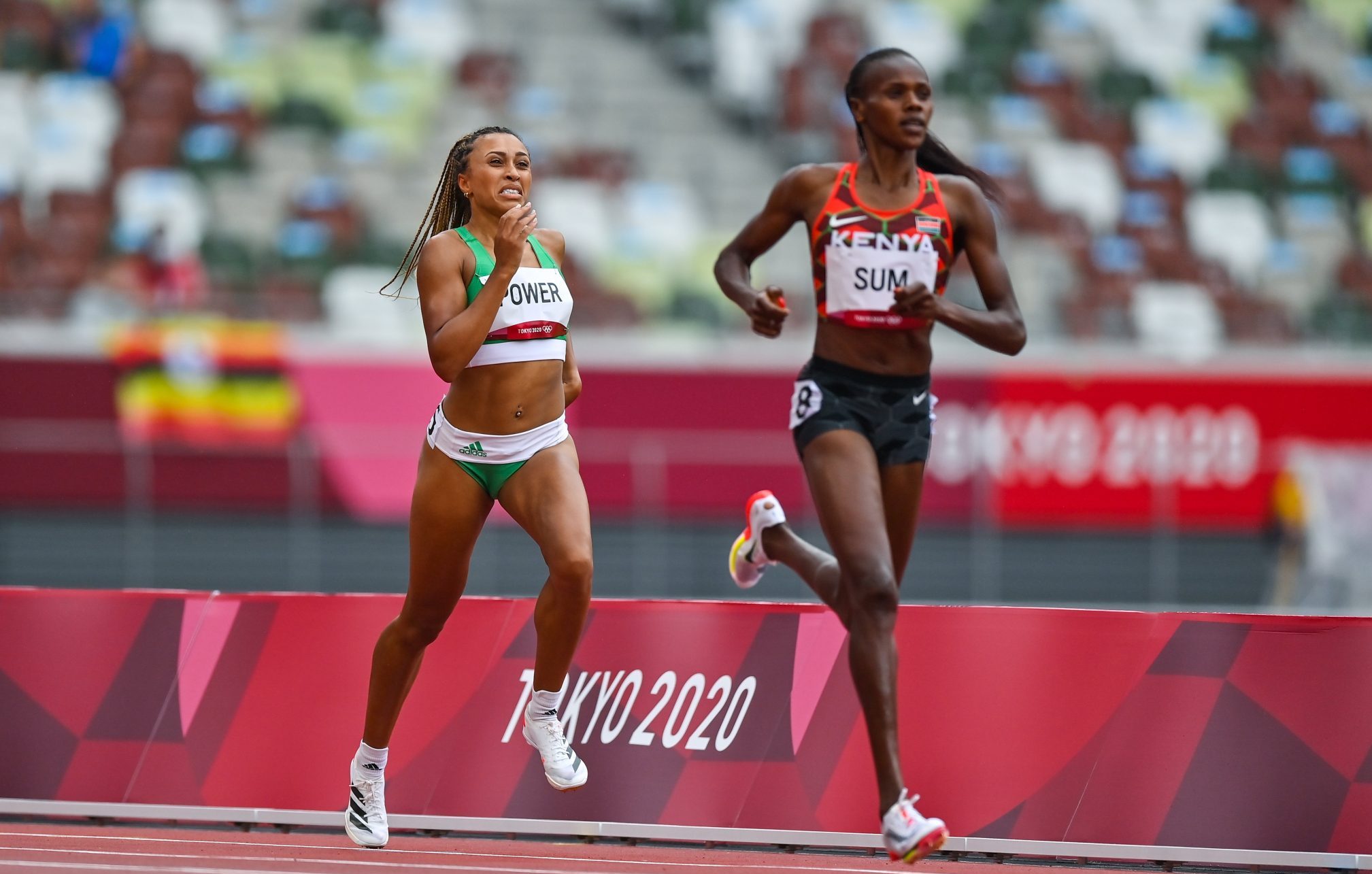 Nadia competing in the 800m heats in Tokyo

With plans comes pressure and in these times sportspeople, in particular, experience a unique set of pressures. There's a great appetite to address mental health issues within sport today, at this year's Olympics, US gymnast Simone Biles pulled out in a move that shocked many. "After a further medical evaluation, Simone Biles has withdrawn from the final individual all-around competition," the US team said in a statement. "We wholeheartedly support Simone’s decision and applaud her bravery in prioritizing her wellbeing. Her courage shows, yet again, why she is a role model for so many." I asked Nadia about the pressure that athletes face and she answered honestly that the majority of pressure she feels comes from herself:

"It's not something I struggle with. I've yet to be in a situation where outside people have put more pressure on me than myself. There's nothing but positivity coming from home. I'm always thinking about how I can do better, it's kind of just me. The overwhelming feeling from home is everyone is delighted for me and they think it's really cool so, I'll try to take that positive feeling into it with me."

In keeping with positivity, I had to know what Nadia's hype song was.

What is that one track that gets her pumped up during warm-ups and leaves her feeling ready for the track? As she pulled out her playlist I guessed the King of hype songs could make the list, and I was on the money, "I try to listen to feel-good, good mood songs before I run. A lot of Kanye West, I definitely like him one of my favourite ones is Monster it's always in my warm-up tracks. Disclosure and Rudimental that kind of thing, high energy and dancey stuff for me wins every time."

Nadia competed last week in the women's 800m event and despite a gallant effort, failed to qualify alongside Louise Shanahan and Síofra Cléirigh Büttner at the Japan National Stadium. Nadia ran in Heat 2 and finished in a time of 2:03.74, with Jamaica's Natoya Goule winning in a time of 1:59.83. After the race, Nadia told RTÉ Sport that she was disappointed with her performance and that she didn't quite know what was "so off" on the day. In a post on Instagram, Nadia admitted that she was heartbroken, "I'll cry today, but hopefully tomorrow I'll be proud I made my dream of becoming an Olympian come true."

Olympians have off days. We can't expect miracles from them, we actually shouldn't expect anything from them but what we know we'll get from the likes of Nadia Power, and all our athletes representing Ireland, is passion, determination, and some strong hype song recommendations.

We're so proud of you Nadia.

popular
Davide Sanclimenti opens up on having kids with Ekin-Su Cülcüloğlu as he turns down Dancing On Ice
Primark reintroduces female-only fitting rooms after two men walk in on woman
8-year-old Ukrainian girl stabbed in Clare 'out of danger'
Anna Delvey is set to be released from prison
Man and woman charged with murder of four year old boy in 2021
Hilary Swank, 48, reveals she is pregnant, expecting twins
So apparently George and Mollie from Love Island aren't actually step siblings
You may also like
1 month ago
Taking up golf? This free app is an amazing beginner's guide for anyone starting out
3 months ago
WATCH: Incredible moment coach saves swimmer as she faints underwater
4 months ago
Gerard Pique and Shakira announce they have split after 11 years
5 months ago
Transgender women no longer allowed to compete at British female cycling events
6 months ago
Young British rugby star passes away aged 20 following injury
7 months ago
Coleen Rooney says she's learned to 'live with' Wayne's cheating but they're not 'lovey dovey'
Next Page