"This is an important moment for men's sport."

Leinster Rugby scrum-half Nick McCarthy has been hailed as a "role model" by Tánaiste Leo Varadkar after publicly announcing that he is gay.

McCarthy made the announcement through his club on Monday afternoon (20 June), having previously told his teammates back in January. 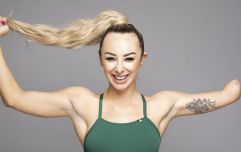 Ellen Keane: "It was only in sport that I learned how incredible my body is"

END_OF_DOCUMENT_TOKEN_TO_BE_REPLACED

"I was obviously pretty nervous about doing so, but I’m really happy that I did it," McCarthy said in an interview published on Leinster's website. "I struggled with coming out for a while and it was starting to impact on me and my happiness so it was the right decision."

McCarthy noted that wrestling with the decision became so intense at one point that he contemplated quitting rugby altogether. After speaking to coaches Leo Cullen and Stuart Lancaster in November of 2021, McCarthy described the subsequent support he received as "unbelievable".

💙 | Scrum-half Nick McCarthy has spoken publicly for the first time about his sexuality.

He now hopes that sharing his experience will be encouraging and provide hope to others. 👏

END_OF_DOCUMENT_TOKEN_TO_BE_REPLACED

Elaborating on any barriers he felt about coming out, McCarthy explained:

"I suppose because it’s not really ‘a thing’. It’s not common for a male athlete to come out in sport, never mind professional rugby, and it’s probably something that I didn’t want to believe or accept myself either. I needed to accept being gay myself before I could address it with others.

"I have great friends in rugby but I didn’t know how they would take it. My experience, since coming out though has been entirely positive. I have realised that anyone who cares about you, just wants you to be happy."

McCarthy was quickly hailed for his announcement across social media on Monday. Tánaiste Varadkar, meanwhile, underlining the potential impact that McCarthy's decision could have.

"This is an important moment for men's sport," said Varadkar. "Nick will be a role model for young men around Ireland who feel they have to suppress who they are."

This is an important moment for men's sport.

Nick will be role a model for young men around Ireland who feel they have to suppress who they are. 🏳️‍🌈💙🇮🇪 https://t.co/bZwXwMWc1s

In his interview, McCarthy said he has been notably happier in recent months and is optimistic for the future.

"I’d love people to see, from my experience, that coming out has been really positive, and the biggest hurdle may be in your own head," he said.

"Surround yourself with good people, because anyone that cares for you, wants the best for you. Your sexuality is just a part of who you are, and life is so much better when you can be yourself."

popular
Parents told to stop buying selection boxes for kids- here's why
This Netflix Christmas film is being dubbed the perfect rom-com
Gwen Stefani reportedly pregnant with baby number four
"You can’t imagine what it feels to have had a baby and yet feel like you didn’t"
Here's what happens on every day of your menstrual cycle (roughly)
Here Are The Top 20 Most Common Pin Codes in The World
Why Are Men so Obsessed With Boobs? The Answer is Pretty Surprising...
You may also like
6 days ago
US fast food chain Wendy's planning to open in Ireland
1 week ago
Employment lawyer and TikTok sensation Richard Grogan has passed away
2 weeks ago
Calls to remove 'inhumane' 12-week limit on abortion services in Ireland
2 weeks ago
Status Yellow warning issued with heavy rain and wind on the way
2 weeks ago
"Extraordinary courage and integrity" – Micheál Martin leads tributes to Vicky Phelan
3 weeks ago
Ireland named as one of the winners at world travel ceremony
Next Page