Simone Biles has made history once again by breaking her own record for the most all-around gymnastics titles ever won by a woman.

Speaking to the press after she left her competitors for dust with the biggest margin of victory of her career, 2.1 points, even she seemed shocked at what she'd achieved.

“Sometimes I wonder how I do it," she admitted.

"I feel like it’s just, like, not me. I wish I could have like an out-of-body experience to witness it, because sometimes I think I’m going crazy.” 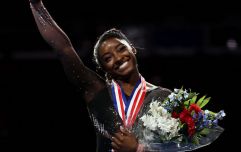 END_OF_DOCUMENT_TOKEN_TO_BE_REPLACED

Biles has the chance to pick up four further medals in the tournament this weekend.

If she wins even one more medal win before the championships end, she will tie for the record for the most world-title medals won by any male or female gymnast. If she earns a medal in two or more events, she will beat the record of 23 held by Belarusian gymnast Vitaly Scherbo. 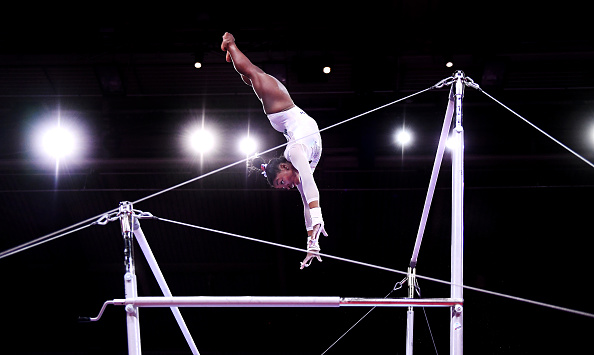 That Biles will pull this off seems almost like a foregone conclusion, but even if she doesn't she's already cemented her status as one of the best athletes on the planet.

"There is a point at which words fail," wrote The Washington Post of her performance in Stuttgart yesterday. "Even the most comprehensive thesaurus runs out of adjectives for the sort of excellence that Simone Biles brings to gymnastics."

She has, according to The New York Times, left "observers of the sport wondering how much higher she can go," while Vox simply declared; "Simone Biles is the greatest female gymnast ever."

Girls With Goals || Her · Ep.153: Scholarship Squad - We chat to Facebook's Claire O'Hara about our Smurfit Scholarship fund.
popular
Dad designs bikini line for transgender teens
REVIEW: 'Pilgrim Hill' - A Lonely Life in Rural Ireland
Where are they now? The men of Sex & The City
Award winning Irish film about conversion therapy debuting this weekend
Someone has ranked the penis size of men from all over the world
I tried out the Patchology Poshpeel pedicure booties and it was an experience
WATCH: The trailer for the Free Britney documentary is here
You may also like
1 year ago
Simone Biles has won her sixth national all-around title
1 year ago
Simone Biles set to become first woman to perform triple double flip
1 year ago
Simone Biles named Sportswoman of the Year for 2018
3 years ago
Girl calls Simone Biles a bad role model and immediately regrets it
4 years ago
Simone Biles is a joy to watch as she meets her dream crush
10 months ago
This week's Curated With Cassie is about brunch burgers and boobs!
Next Page