Last summer, Molly Marshall completed her first triathlon - despite the challenges that she faces with cerebral palsy.

The 9-year-old girl from Passage West, Co Cork, seemed to be destined for the sport - especially since her parents, Maire and Cornelius, are triathletes themselves.

Her father spoke to Her about Molly's talent as a triathlete at such a young age - and how she got involved in the sport.

"She's a little star of a girl.

"Myself and my wife are sporty enough individuals, so I suppose that [may be part of how] it actually came about."

He explained how they were signing in for one of their events early last year when they saw there had been a juniors event on.

"We could see there were youngsters in the back in medals. We didn’t realise there was a juniors event on.

"We mentioned it to Molly, and we said ‘would you be interested in doing it some day?’

"That was the start of it all for her."

And while Molly was excited to compete in her first triathlon last summer, it wasn't without a bit of nerves before the big day. 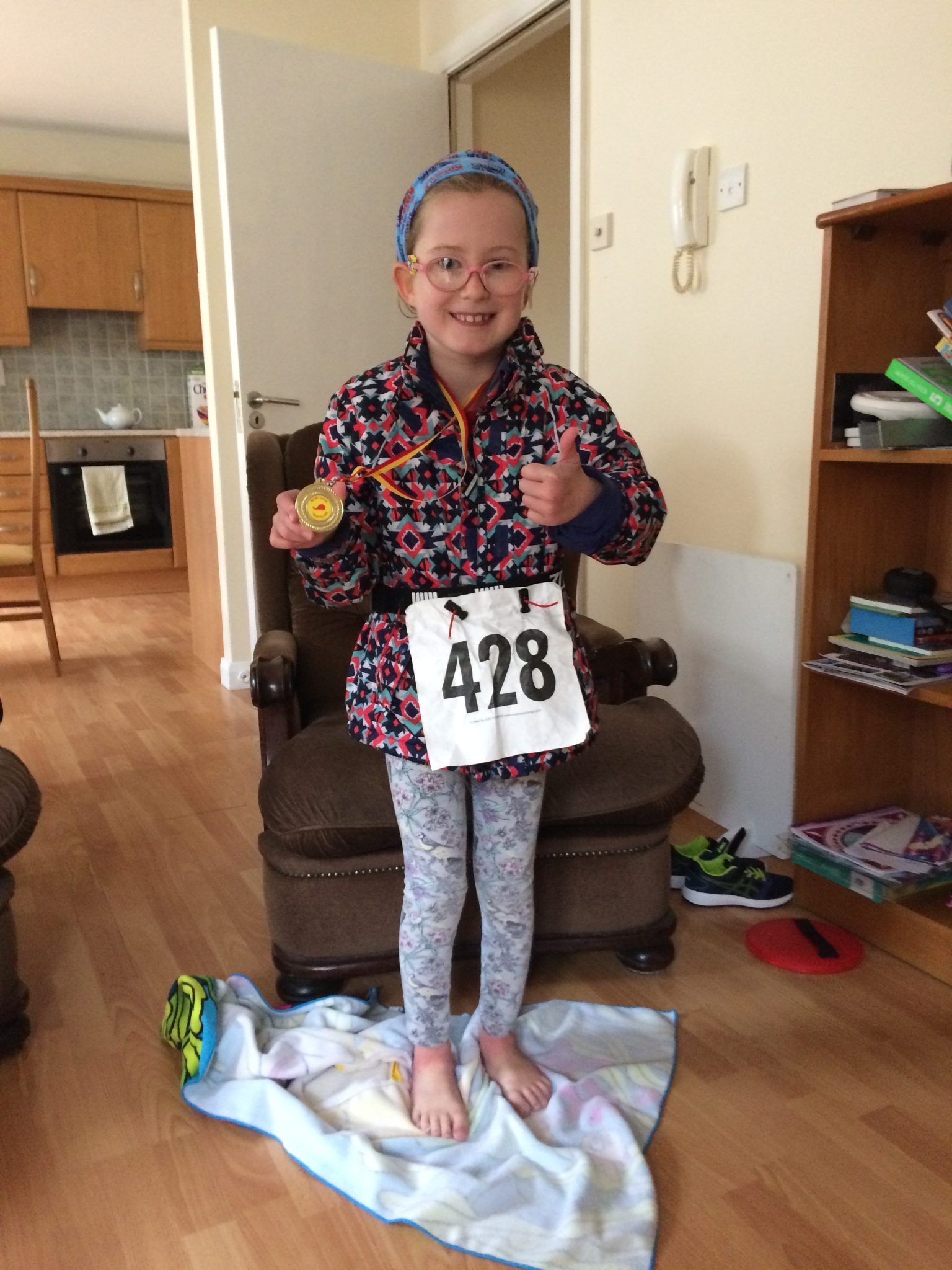 "The day before the triathlon, she was really nervous. She was going ‘hmm, I don’t know [if I want to do it]’. We told her whatever she decided, it was ok; we didn’t want to push her.

"The morning of the triathlon, it was total serenity. I don’t know what happened overnight, but it was just like ‘OK, yeah, I’m going to do this and it’s not going to be a problem.’"

The proud dad also spoke of his pride at seeing Molly cross the finish line at her first triathlon, as he revealed she has a number of events this year - including her second Moby Dick Triathlon in Youghal.

"It was just - a couple years ago, Molly was using a walker to get around. To see her finishing a triathlon, you kind of have to pinch yourself. "

Late last month, Molly was named a 20x20 Ambassador for the Lough Cutra Castle Triathalon - where she'll be taking part in The Widgeon junior race.

Speaking at the time, she said her favourite part of the triathlon was the run - since you know you're close to the finish line.

Sharing her top piece of advice, she said:

"To have fun and enjoy the buzz when finishing and if you get a stitch when running just try to keep going, run through it."

The 9-year-old added that she wants to compete in another triathlon to encourage people with disabilities like cerebral palsy to take part in the sport.

popular
Paul Mescal wore O'Neill's shorts while carrying cans of pink gin so I bought O'Neill's shorts and cans of pink gin
Aldi's velvet stools are just €25 and don't call us basic for wanting a pink one
This amazing hanging egg chair is coming into Aldi next week and go, go go (but safely)!
After days of silence, Scott and Sofia finally comment on the break up rumours
So, William and Harry have a step sister... and who knew?
"I called my Mum and we both cried" Niamh O'Donoghue on landing the dream job with Vogue
Here's what happens on every day of your menstrual cycle (roughly)
You may also like
2 months ago
Subset teams up with Along Came A Spider for powerful new 20x20 artwork
5 months ago
20x20 asked Irish women to post videos showing their sports skills and damn girls!
5 months ago
Fallon Sherrock makes history as first woman to ever beat a man at PDC World Darts Championship
6 months ago
Disappointment for Ireland as Greece equalise in final minutes of Euro qualifier
6 months ago
The Leinster women’s rugby team are set to play a massive game in Twickenham stadium
6 months ago
Katie Taylor has weighed in for tonight's WBO super lightweight title fight
Next Page