Here at Her.ie, we have always championed women in sport.

We have cheered on the Irish hockey team to victory, stood in awe watching Megan Rapinoe play football, and bowed DOWN to Serena Williams.

END_OF_DOCUMENT_TOKEN_TO_BE_REPLACED

But, there is so much more to female empowerment in sport than the players.

We're talking the ladies behind the scenes, coaching teams to victory.

One of those women is the lovely Tiffany Faaee, the first female coach in U.S. men’s professional rugby history.

Quite the claim to fame, right?

Naturally, when I first heard about Tiffany, I knew I had to chat to her, and pick her brain on a pretty impressive career to date.

?BREAKING? We are thrilled to announce the signing of Tiffany Faaee as our Assistant Coach for the 2019 season. Tiff is the first woman to coach men’s professional rugby in the United States. Read her exclusive interview with @espn at the ? in bio ?? #RUNY #UniteTheEmpire #MLR #WomenInSport #Monroe #NYRC #NYCRugby ? Credit: Matthew Scampoli (@mjs_photo_pro), USA Rugby

END_OF_DOCUMENT_TOKEN_TO_BE_REPLACED

Speaking to me about how she first got into rugby, she explained:

"I found rugby in high school in NZ. I had already been playing touch rugby since I was younger, with my church but rugby Union wasn’t at my school until I was in 5th form."

She retired from playing, and decided to focus her attention on the behind the scenes, and coaching.

"Honestly, I retired with a desire to get behind the scenes but I wasn’t sure which role and at what capacity. Anytime there was a need if I felt I had something to offer, I always put my hand up."

"From being on the athletic board, to going to clinics and speaking with young men and women. When the opportunity came to assist at my old club, I took it. " 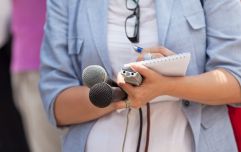 END_OF_DOCUMENT_TOKEN_TO_BE_REPLACED

Tiff went from coaching her old team, to becoming the female coach in U.S. men’s professional rugby history. In 2018, the California native signed as an assistant coach of Rugby United New York, a Major League Rugby team, that happens to have a special place in my heart (spoiler alert: my brother plays for them).

Had a great time with the rugby community in Buffalo on Saturday. Thank you so much for having us!! Look out for more camps coming up. Next one in Pelham - August 25th! #unitetheempire #honoraryroosters #mlr #rugby #buffalo

So, you're probably wondering, what is it like being the first woman to coach in men's professional rugby in the US? Pretty fantastic, it seems.

"It’s been amazing so far. The coaching side of it is the same as any other team I’m involved with. I mean due to personnel and the league the standards vary and the professionalism is something I haven’t experienced before so it’s eye opening and exciting to be involved," she told me.

But for Tiff, the fact that the league is creating opportunities for other women is what excites her the most.

"I am mostly excited that it’s opened doors for so many other women. To see someone you can relate to in a role that’s typically been taken by men has changed our game and it makes me proud of rugby even more. "

THIS SUNDAY ?? Reserve your spot today through the ? in our bio #UniteTheEmpire

But, naturally, being a women in a predominantly male-orientated field comes with challenges.

"I do have a chuckle at referees or the oppositions coach who would walk straight past me and introduce themselves to my assistant coach or the athletic trainer because they assume they are the head coach because they are guys and I’m not."

However, the barriers have been minor, and Tiff is proud to be a role model for women all over the world, who wish to pursue a career in rugby.

Rugby United New York is committed to helping our Samoan sisters and brothers after a measles outbreak has left the country in mourning.⠀ ⠀ The RUNY Organization holds Samoa deep in both our hearts and minds during these trying times. Listen to Assistant Coach Tiffany Fa'ae'e call our fans to action. ⠀ ⠀ Share. Repost. Help anyway that you can through the link in our bio. ⠀ ⠀ ⠀ ⠀ #UniteTheEmpire #Samoa

"I would say, if you don’t see it, be it. Reach out. We are here and are all keen to help whoever at whatever goal they might feel seems impossible where they are. Whatever your passion is, don’t let others tell you, you can’t."

As for her hopes for women in rugby in the future?

"I hope one day women can represent their Nations or their regions/cities and not have to do it on top of  a full time job just so you can pay rent, insurance and gym memberships.

popular
A clip has resurfaced of Machine Gun Kelly discussing a teenage Kendall Jenner
People are only realising Kendall Jenner and Gigi Hadid are related and the reactions are gas
Worried about a loved one? Here are 5 signs of suicide to look out for
Seems sudden? This is why the restrictions have completely lifted this soon
FBI reveal that Brian Laundrie is responsible for Gabby Petito's death as they discover notebook
Actress Regina King pays tribute to her son as he dies suddenly
A documentary about two Irish boys who skipped school to go to New York is coming soon
You may also like
1 year ago
BBC broadcaster Holly Hamilton: "It feels like the soul has been taken out of sport"
2 years ago
20x20 asked Irish women to post videos showing their sports skills and damn girls!
2 years ago
The Leinster women’s rugby team are set to play a massive game in Twickenham stadium
2 years ago
You can help make history by supporting the Ireland women's soccer team this month
5 months ago
Sha'Carri Richardson will face Olympic medalists after missing out on Tokyo
5 months ago
Irish Olympian Jack Woolley's mother says assault was "random"
Next Page