Tipperary owes a debt to the colossal Ronan Maher

Ronan Maher's the sort of boy when training has wound down, you're in for your final huddle and debrief and half the team have one foot in their cars already, he'd pipe up with, 'let's play one more'.

Nobody can go anywhere because of that one objection. Even if the coach wants to wrap up himself, he's now under pressure, at the mercy of that risen stake, looking at the rest of the team to see how they feel about one more. And who's going to say no?

Maher will get his way and it's not even for a petty reason of playing until his team wins the training game, it's just for the thrill of getting stuck in to each other and the kicks of taking a shoulder square on and the feeling deep down that you, once again, did a bit extra. One more.

In one of his two-minute interviews after the semi-final, Ronan Maher must've said the words 'fight 'til the end' on five different occasions. Tipperary looked dead so many times but they continued to lift themselves from their knees and chase down the Wexford jerseys who twice went five up in the second half when they were already a man up and Tipperary could't buy a goal that the referee would grant.

They just kept plugging away. They kept fighting 'til the end. One more. 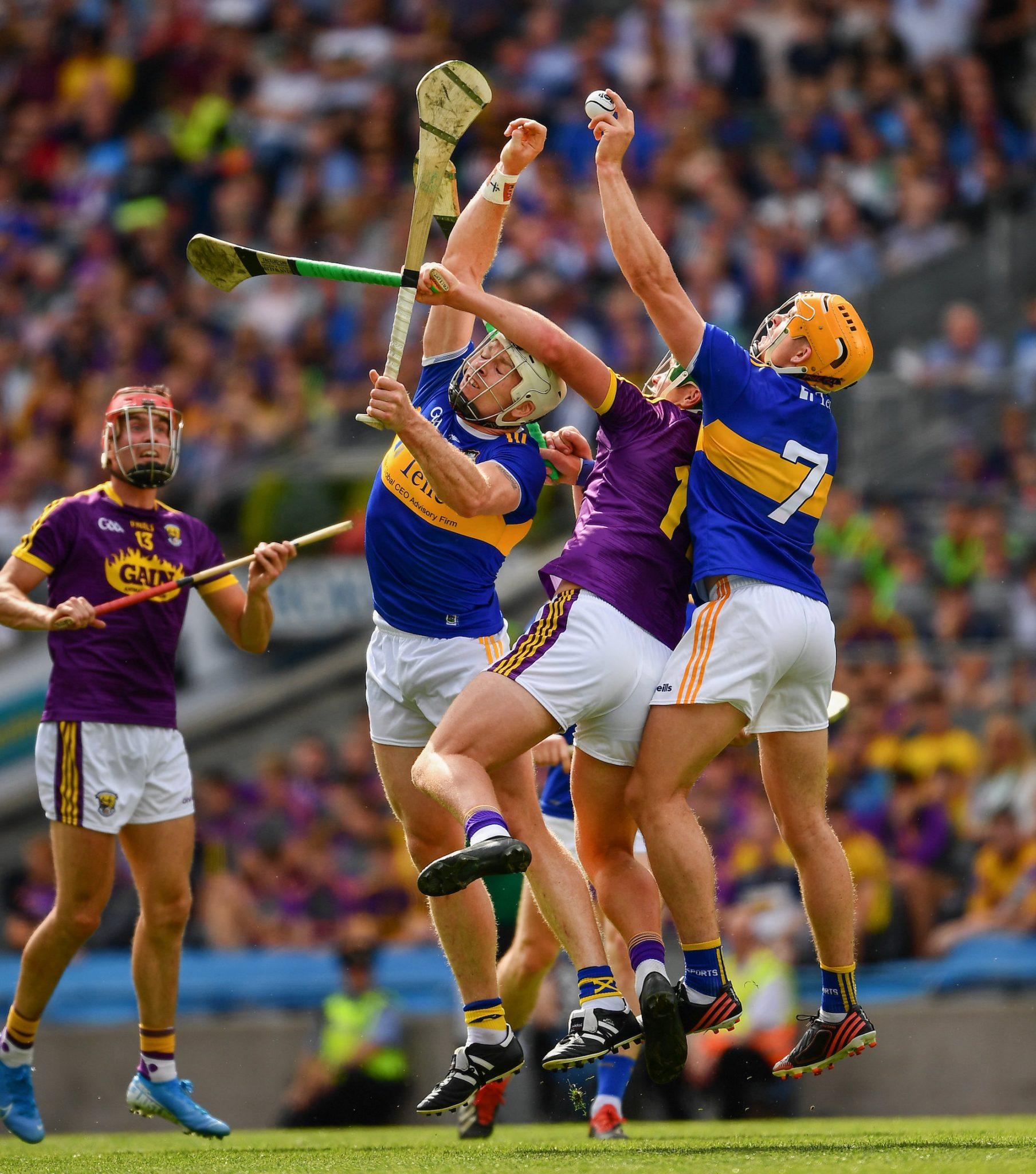 At the heart of that wasn't just the attitude and mentality of someone like Ronan Maher, it was his immovable presence at the spine of the Premier county. It was his extendable gadget of a left hand, his terrifying shoulders, his vision, his composure.

As all around them lost their heads in the stands and on the field, Maher was a picture of reliable calmness, just winning ball and finding team mates. He broke the game down so simply and ignored the occasion. If there was a sliotar to be won, whoever wanted to win it most would win it, regardless of who had 15 and who had 14, regardless of what the scoreboard read. Win the sliotar, win the next one.

When you added up all of Ronan Maher's involvements, all of those balls won, high challenges dominated, tackles made and passes picked, they contributed to a comeback that could yet go down in the annals of Tipperary history. 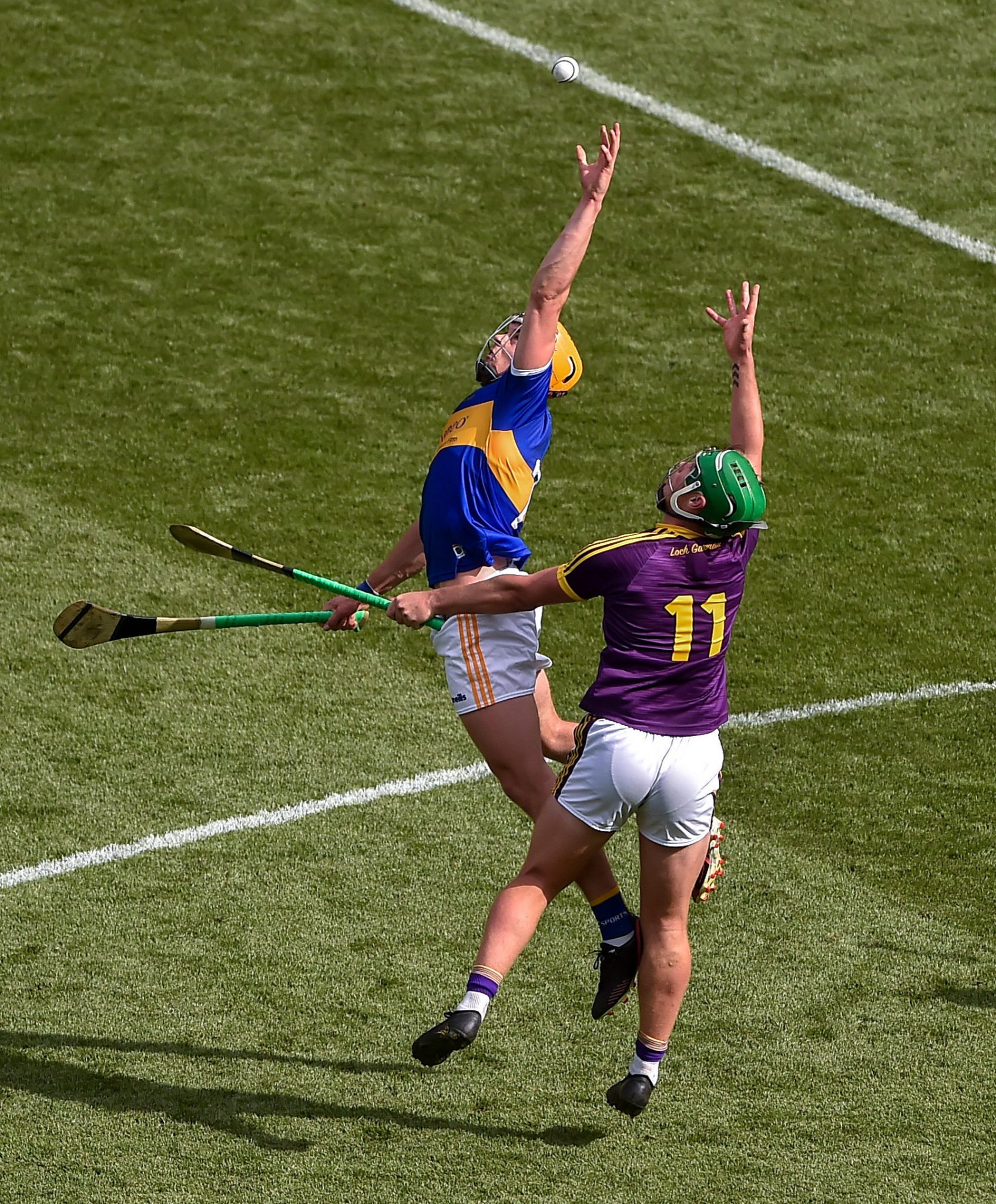 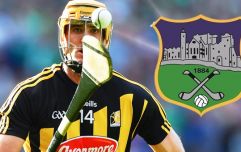 END_OF_DOCUMENT_TOKEN_TO_BE_REPLACED

As ball rained down on the Tipperary backline and loose purple jerseys were making their way through the cracks, Maher was a one-man fire extinguisher with a never-ending supply of dry chemicals that would ultimately destroy any notions of every man, woman and child of Wexford.

In that second half it looked like he could do it all day. Send another one in if you dare. Just for the craic. One more.

But he came to fight and he wasn't expecting anything less. From the first seconds when he scaled forward and split the posts, he was prepared to go the distance to see his county in an All-Ireland final and he knew full well that he was coming up against a group of men thinking the same.

"Davy's sides, they always bring that heart and determination but we fought to the end.

"It was a fierce tough battle out there."

When all was said and done, it was Ronan Maher standing tall at the final whistle.

He grew big on the soil of Croke Park and pumped the chests of his county natives out with every interception he read and hit he dished out.

And he did it all whilst licking his lips. When he talked afterwards, it didn't even seem like it was the win that satisfied him most, it was the fight that fulfilled him. The battle.

Now, he'll get another one.

popular
QUIZ: Can you name all 32 counties in Ireland in under 4 minutes?
10 Dublin restaurants with outdoor areas we'll be hitting up for the next 3 weeks
Here's what happens on every day of your menstrual cycle (roughly)
Tried and tested: 3 sheet masks that seriously impressed me
How to INSTANTLY unblock your stuffy nose (we swear this works)
Eight Of The Best Films And Documentaries On 9/11
Will there be a second season of Gilmore Girls: A Year In The Life? Here's what we know
You may also like
1 year ago
Corbett & McGrath's Big Build-Up: Tipperary to make Kilkenny eat their words
1 year ago
Derek McGrath opens up on becoming the next Waterford manager
1 year ago
Hurling team of the weekend
1 year ago
That Lee Chin had to walk off that pitch today as a loser is bare-faced cruel
1 year ago
'Tipperary have been questioned... Anyone looking for answers got them today' - Noel McGrath
1 year ago
"Someone has to make a decision and say what is the standard" - Corbett on Aidan Nolan
Next Page