"Sharing with a friend is even more beautiful."

In an incredibly touching sports moment, Qatar's Mutaz Barshim and Italy's Gianmarco Tamberi made the decision to share the gold medal during the men's high jump at the Tokyo Olympics.

The final of the event ended in a tie. As the bar was raised to 2.39 meters, both athletes failed to jump over it three times in a row. Officials then presented the athletes with the option of deciding a winner through a jump-off, or they could share first place. 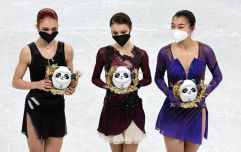 END_OF_DOCUMENT_TOKEN_TO_BE_REPLACED

Barshim asked, "Can we have two golds?"

When the official confirmed that they can, Tamberi jumped into his competitor's arms, and the pair looked overjoyed to share the win.

The men shared the podium and presented each other with their gold medals.

The Italian high jumper said: "I still can't believe it happened. Sharing with a friend is even more beautiful. It was just magical."

Fave moment of the Olympics so far. Barshim (Qatar) and Tamberi (Italy) were tied in the high-jump final. The official is there talking about a prospective jump-off, but Barshim asks immediately: "Can we have two golds?" One look, no words exchanged, they know they're sharing it. pic.twitter.com/E3SneYFocA 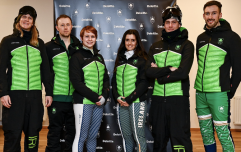 END_OF_DOCUMENT_TOKEN_TO_BE_REPLACED

Barshim spoke about how they both deserved the gold medal.

He said: "For me, coming here, I know for a fact that for a performance I did, I deserve that gold. He did the same thing, so I know he deserved that gold." 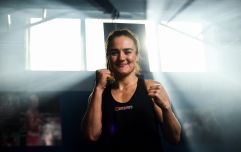 END_OF_DOCUMENT_TOKEN_TO_BE_REPLACED

The athlete also spoke about their close bond.

"He's one of my best friends," Barshim said. "Not only on the track, but outside of the track. We're always together almost. True spirit, sportsmen spirit, coming here and delivering this message.

"Appreciate what he's done, he appreciates what I've done. This is amazing."

He added: "This is beyond sport, this is the message we deliver to the young generation."

Viewers took to Twitter to applaud the sportsmanship of the high jumpers.

One wrote: "I really didn't think the men's high jump final would be so emotional. What a beautiful moment when two golds were awarded."

Another viewer tweeted: "I guess we can definitely and already state that the quote of the Games is 'Can we have two golds?'"

popular
Bride asks for divorce day after wedding following groom's disrespectful cake stunt
Head of dive squad searching for Nicola Bulley thinks 'something's not right'
Teenager killed in shark attack after swimming with dolphins in Australia
These are the most popular names for babies born in February
Police believe they know what happened to missing dog walker Nicola Bulley
Here's why Nicola Peltz-Beckham's family are suing her wedding planners
'He's a changed man': Woman marries her 'high school bully'
You may also like
5 months ago
Swimming caps for Afro hair have been approved for elite sports - but why not sooner?
9 months ago
Selling Sunset fans question Emma's olympic swimming claims
11 months ago
Ellen Keane and Kellie Harrington are set to be Grand Marshalls for Paddy's Day Parade
11 months ago
15 year old Russian figure skater banned after failed drug test at Beijing Olympics
1 year ago
Ellen Walshe breaks two records and wins silver for Ireland in Abu Dhabi
1 year ago
What's next for Irish modern pentathlete Natalya Coyle?
Next Page