This woman became an Irish citizen to represent us at the Paralympics and we are not worthy!

On International Women's Day, we're highlighting some of the BOSS sportswomen we've had on #GirlsWithGoals recently and Greta Streimikyte is the definition of boss.

As if being a European Gold medallist and Irish Paralympian wasn't enough, 24-year-old Greta Streimikyte is currently getting her masters in DCU as well as training hard for Tokyo 2020. Merely listening to the accolades that this supremely talented runner has amassed throughout her life was enough to make me tired and we were sitting on a couch!

Thank you @herdotie And @niamh_maher for having me on #GirlsWithGoals I had such a great time! . #podcast #linkinmybio #storyofmylife #broadcast

What some people may not know is that Greta became an Irish citizen in order to represent this country, and it was not a decision she took lightly.

Born a triplet in Lithuania, Greta was placed in an incubator at birth, this resulted in her suffering complications with her sight and she was declared completely blind by her doctors. The diagnosis was not something her parents were willing to accept, and it turned out, they were right:

'There was no new technology in Lithuania, new developments in the state were poor and the incubator probably wasn’t as good as what they are now, it damaged my retina and then I had a few surgeries in Lithuania but that was it. I suppose it was the surgery that was successful for me, it was an experimental surgery in Sweden.'

This experiment surgery was the miracle that the Streimikyte family had been hoping for and it taught the family the important lesson of always looking for a second opinion:

'The first phrase that my parents got from the doctor was like, “you know you’re not the first family that has a blind child basically, and to deal with it.”  I’m always going to be grateful that they didn’t, they never gave up.' 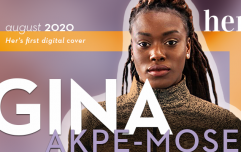 END_OF_DOCUMENT_TOKEN_TO_BE_REPLACED

Regaining some sight in her left eye, Greta along with her family moved to Ireland when she was fifteen and this is when her love of sport began to flourish.

It wasn't long before coaches sat up, saw her potential and suggested that the Paralympics could be in her future.

‘Impossible isn’t something that can’t be done. It’s just something that hasn’t been done before.’! . . #athlete #streimikyte #nolimits #internationaldisabilityday #idpd2018 #morethansport

'There was a community race in Santry, Morton Stadium and I showed up and I came second in the 800 metres and my PE teacher came up to me and was like “Greta, would you like to represent Ireland in the Paralympic games.'

Seems like a no brainer right? Not necessarily, for Greta to compete for Ireland she had to become an Irish citizen which in turn would mean giving up her Lithuanian citizenship

'It was a tough decision I have to admit because for me it meant that I’m going to lose my Lithuanian citizenship, it was a hard decision. Because I truly love Ireland as well, so I decided to go for it. It was the best decision that I’ve ever made.' 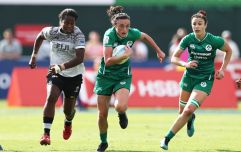 END_OF_DOCUMENT_TOKEN_TO_BE_REPLACED

At the 2016 Rio Paralympic Games Greta placed third in her heat and advanced to the final where she ran a lifetime best time of 4:45.06 finishing an impressive fourth place. We were delighted to have Greta on our show and we can't wait to follow her journey and see what's next!

And at Maximum Media, we're proud that Her and SportsJOE are backing the 20x20 movement as official digital media partners.

popular
5 new additions to Netflix to spend your weekend watching
The second season of Dirty John lands on Netflix next week and we’re already hooked
Irish teacher Lucy Lanigan-O'Keeffe is engaged Prince William's best friend, Thomas van Straubenzee
Someone has ranked the penis size of men from all over the world
It turns out we may have been brushing our hair wrong the whole time
15 signs that prove someone is falling in love with you
Here's what happens on every day of your menstrual cycle (roughly)
You may also like
1 month ago
20x20 has just launched the fourth chapter of their award-winning campaign so come on and get up, ladies
5 months ago
Meet Tiffany Faaee: the first female coach in U.S. men’s professional rugby history
5 months ago
Subset teams up with Along Came A Spider for powerful new 20x20 artwork
5 months ago
Matches and makeup: the 19 year old Ulster pro rugby player juggling sports with the salon
7 months ago
20x20 asked Irish women to post videos showing their sports skills and damn girls!
7 months ago
Fallon Sherrock makes history as first woman to ever beat a man at PDC World Darts Championship
Next Page