Come on you boys in lycra!

He’s been admired for his level head and determination on the pitch, and it seems that the rather unexpected secret to Seamus Coleman’s focus is yoga. The Ireland captain reveals that, along with two Everton team-mates, he attends weekly classes.

“I’ve been doing yoga twice a week for about the last seven years. I can’t get my leg behind my head or anything – I’m not flexible – but I find it quite good for starting the day. It’s good for balancing the mind. I feel relaxed and refreshed, and ready to train for the day.”

Clearing his mind after games, however, is not as easy. After Ireland’s win over Gibraltar on Monday, the adrenaline was pumping Coleman says.

“Ask almost any footballer and they’ll tell you that it’s hard to get to sleep after a match, particularly after an evening game – you’re full of adrenaline. It was about 3am when I got to sleep on Monday night. I’m well used to it by this stage – and it’s easier to deal with after a win.” 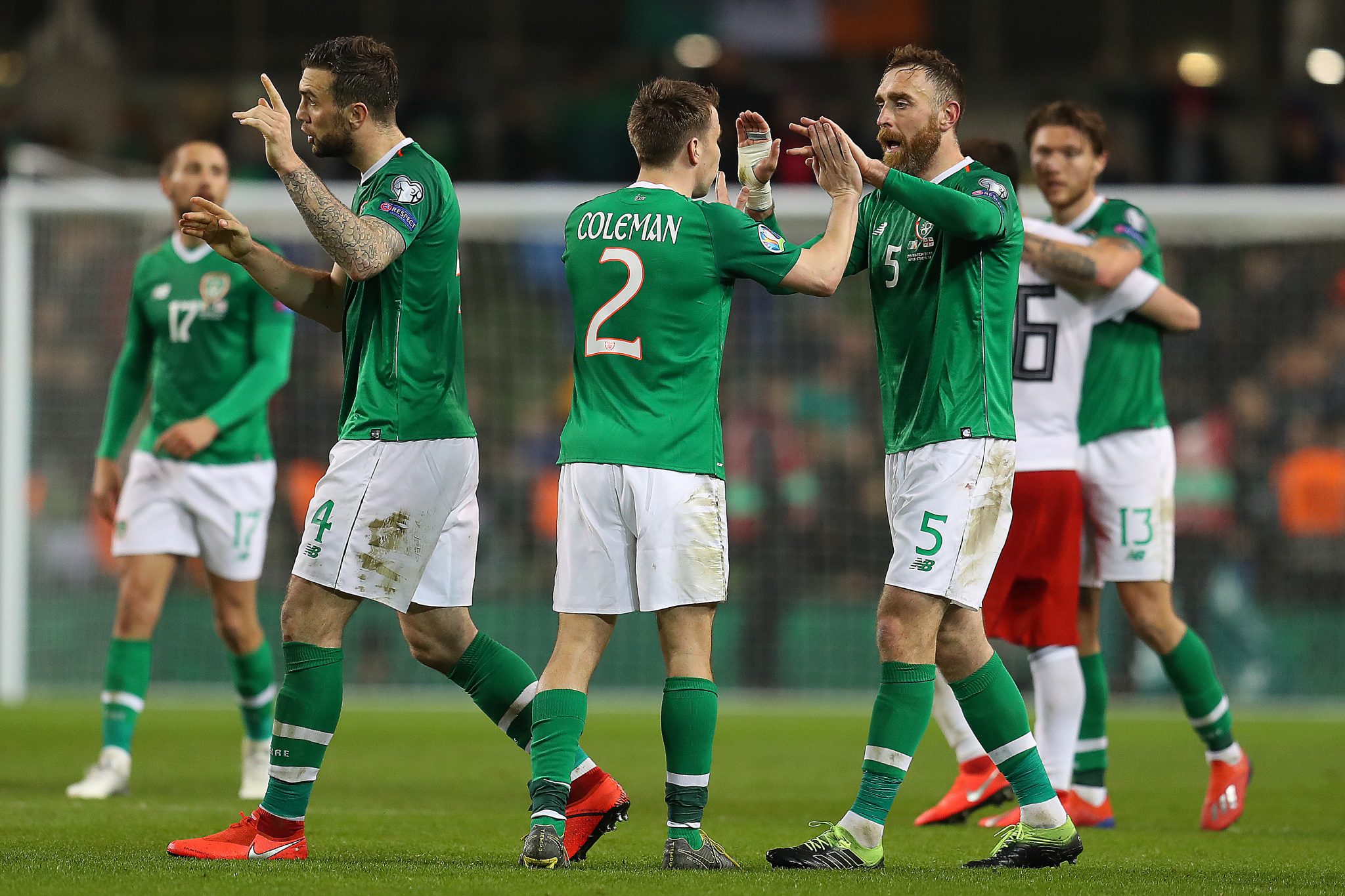 Coleman says that he doesn’t have any specific rituals that help him to unwind after a game, instead he turns to a boxset binge to help him nod off.

“I’m watching Killing Eve at the moment. Our masseur at Everton Jimmy Comer, his daughter is Jodie Comer who stars in the show so that’s what piqued my interest in the series. I’m finding it really good.”

Due to his match schedule he hasn’t had time to watch any of the Women’s World Cup as yet, but says he’s eager to tune in to the tournament.

“I will definitely take an interest in it over the summer. There are some very talented female footballers out there and I think it will be a good spectacle. I’m friendly with Phil Neville who is managing England. He’s a good manager and a good man.”

Does he think that Neville can steer the hotly-tipped Lionesses team to the ultimate prize? “It seems to be going great for him, they’re playing well. I wouldn’t put it past him.” 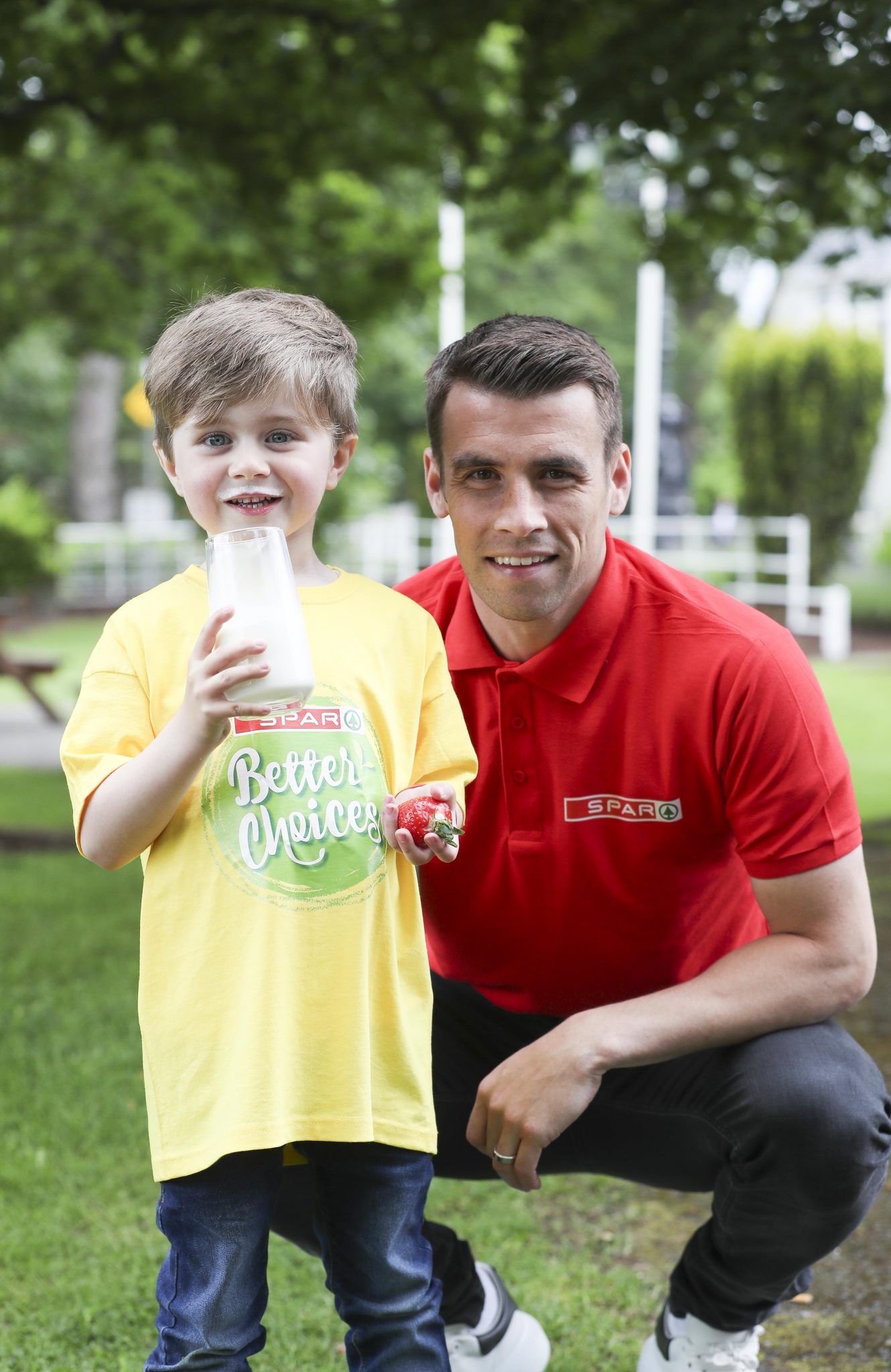 END_OF_DOCUMENT_TOKEN_TO_BE_REPLACED

Away from the world of sport, the Donegal man says he’s ready to enjoy the summer with his family. As an ambassador for SPAR’s Better Choices, he helped to launch the supermarket’s new Low Fat Protein Milk and Mega Milk this week. The campaign encourages people to choose healthy foods for on-the-go eating. Is that something he finds easy in his own busy life?

“I’m not going to lie and pretend that I’m a perfect eater. As an athlete my diet is quite controlled. After a game you’d get to have your takeaway of choice or a treat like that, but the rest of the time you are thinking ‘I can’t eat this, I shouldn’t eat that’. Every few weeks we have our weight and body fat checked. I’m used to it now, but after a summer break you would be dreading getting on the scales.”

Asked if that means that he won’t be firing up the barbecue this summer, Coleman admits that he’s not much of a cook anyway. “I don’t cook. I’ve been very lucky to have a mother and a wife who have spoiled me rotten! I do the cleaning up.”

? | Huge congratulations to Seamus, Rachel and Lily on the arrival of baby Ellie! #EvertonFamily

He may not be a culinary whizz, but he’s determined that his daughters, two-year-old Lily and one-year-old Ellie, will grow up knowing the value of a good diet.

“If I had a sweet jar it would be well hidden from the kids. Eating well is so important for their health and also for their moods. You really notice how hyper they can get after eating sweets or chocolate.”

He’s keen, too, for his girls to play a sport, joking that he’d have to move home for the to follow in his early footsteps as a GAA star.

“Whatever they want to play is fine by me. I’d love them to play a sport though. It’s so physically important for children – and socially important too.”

popular
Bride asks for divorce day after wedding following groom's disrespectful cake stunt
Natalie Imbruglia's Torn is actually a cover and the original just isn't the same
Gwen Stefani reportedly pregnant with baby number four
Molly Mae fans are shocked after finding out how much Bambi's crib cost
Why Are Men so Obsessed With Boobs? The Answer is Pretty Surprising...
Paige Thorne plans to have her implants removed as she opens up on her struggle with body image
Apparently, this is the reason behind Chris Martin and Dakota Johnson's split
You may also like
1 week ago
Irish names among the top 10 hardest words for British people to pronounce
2 weeks ago
Patient in his 80s killed in Cork hospital ward following attack
2 weeks ago
Nadine Lott's killer scarred for life following prison attack
2 weeks ago
Gardaí are reviewing "helpful, new" information in Sophie Toscan du Plantier case
1 month ago
Ireland set to ban "cruel process" of conversion therapy
1 month ago
Leo Varadkar to tackle the housing crisis with "Covid-style" plan
Next Page