"This tournament is not just for sporty types." Ireland star calls for ALL women to get behind the Women's World Cup

Grab the chance to support women by the balls.

In recent times we’ve welcomed repealed the eight, said Time’s Up and shone a spotlight on climate change. Now, it’s time for women to get activated on sport.

Tonight sees the kick off of the FIFA Women’s World Cup, arguably the biggest female-only sporting event in the world. Over the next 4 weeks, 24 teams will compete in France to win the ultimate prize – and strike a blow for the cause of women’s sport as they do.

So, whether you’re a season-ticket holder or don’t know the first thing about soccer, now is your chance to get on board.

“This tournament is not just for the sporty types, it’s for the general public. It’s a chance to show that women can compete just as well when they are given the same opportunities as men. It’s a chance to see females portrayed on an equal footing.” 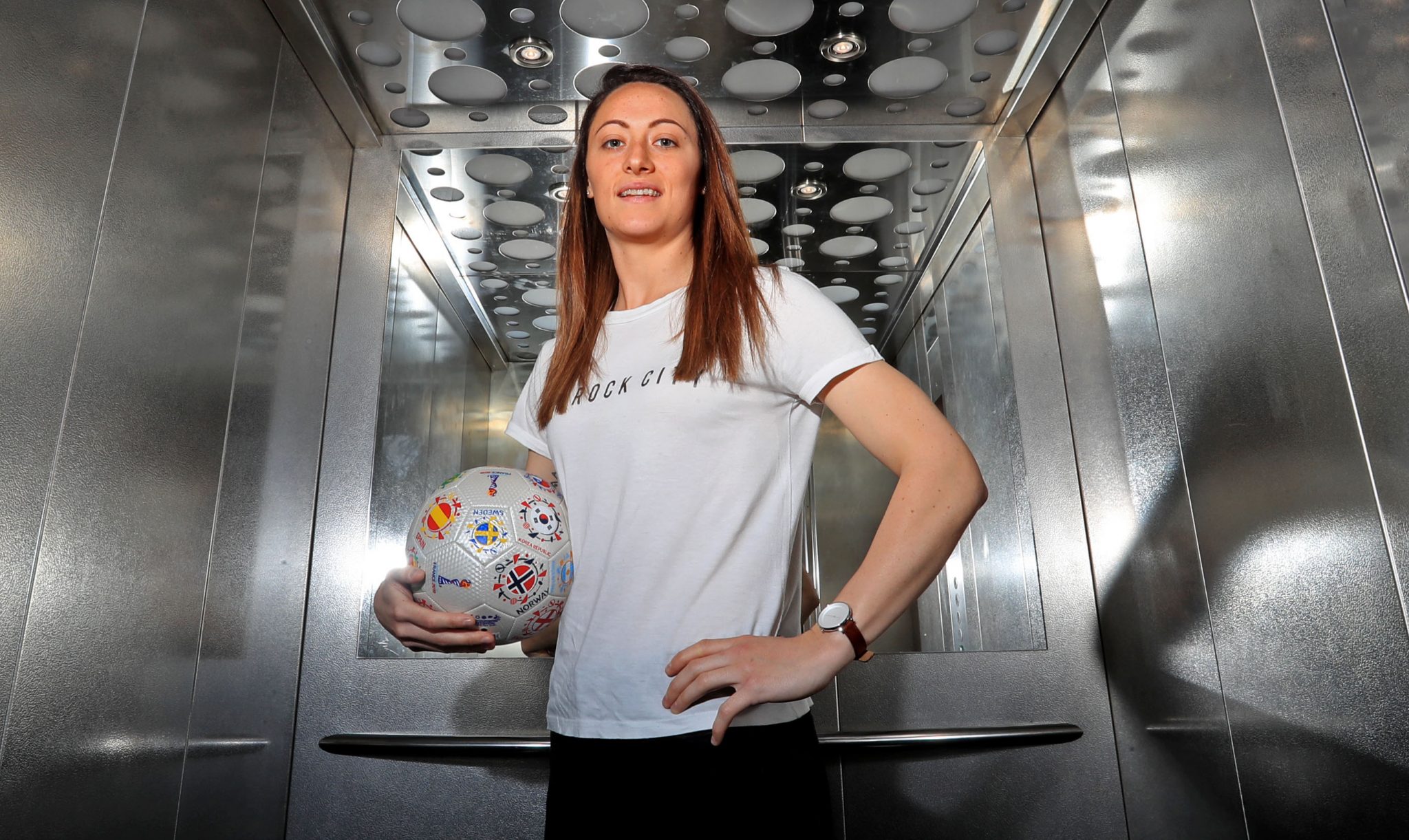 Hailing from Drogheda, 25-year-old Megan has blazed a trail as a defender at Manchester City – winning both the FA Cup and League Cup double this year. She says she’s definitely seen a rise in the interest levels in women’s sport recently.

“Playing at Manchester City I’ve been surrounded by players who are going to the World Cup, and there was obviously lots of interest in them. When I came back to Ireland and people wanted to know about me, it was like ‘Woah!’”

Megan is among the panellists who will be covering the tournament, all 56 games of which are being shown free-to-air across RTÉ, TG4 and the RTÉ player. The team also includes Cork City coach Lisa Fallon, Ireland manager Colin Bell, former Wexford Youths player Ruth Fahy, Kildare coach Laura Cusack and Galway’s Méabh De Búrca alongside broadcasting stalwarts such as Jacqui Hurley and George Hamilton.

END_OF_DOCUMENT_TOKEN_TO_BE_REPLACED

The coverage – which begins tonight with the opening ceremony and the cash of hosts France and Korea – is part of RTÉ’s commitment to 20x20. The campaign, supported by Her.ie, aims to increase media coverage and participation for women in sport. 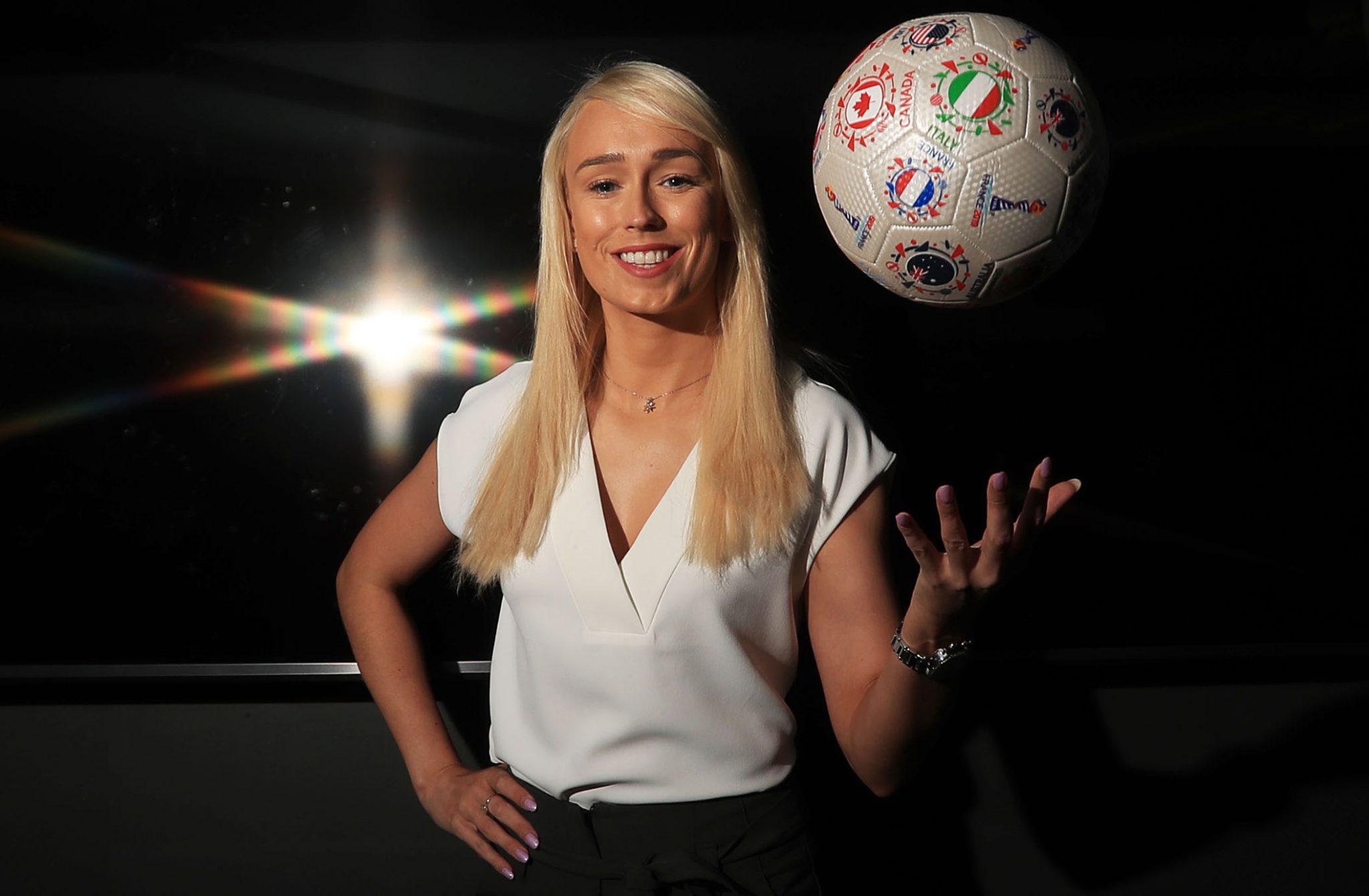 Sadly, the Girls in Green have not qualified for the Women's World Cup, so what countries should we be hoping to draw in the office sweepstake Megan?

“I’m going to sit on the fence and not pick a winner because I have team-mates and friends playing for different countries. Obviously you have the big four – the USA, France, Germany and England – but I’d expect there will be some upsets.”

When it comes to players to watch during the Women's World Cup, Megan singles out two of her Man City teammates who are on the England squad.

“Steph Houghton is the captain and she leads from the line. And Nikita Parris has that tricky ability up front. They are both outstanding players and they carry that same character off the pitch.”

Fans should also watch out for American superstar Carli Lloyd.

“I was lucky enough to play with Carli. When I injured my ankle, her mentality and drive really helped me to get through it. She’s a remarkable role model.”

As for being a role model herself for the next generation of budding female sports starts, Megan says she doesn’t feel under pressure but does feel a responsibility to set a good example.

“I’m humbled by it. You have to be careful in how you carry yourself on and off the pitch. When I am finished if women’s soccer is in a better place than it was when I started then that’s job done.”

popular
You stars Victoria Pedretti and Dylan Arnold spark romance rumours
Someone has ranked the penis size of men from all over the world
Why Are Men so Obsessed With Boobs? The Answer is Pretty Surprising...
The most popular baby names in Ireland have been released in Statistical Yearbook 2021
This is how much 91-year-old Queen Elizabeth drinks every day
So are we dating?... 10 signs it's time to define your relationship
Science says this is how many dates you have to go on before you find 'The One'
You may also like
1 year ago
BBC broadcaster Holly Hamilton: "It feels like the soul has been taken out of sport"
1 year ago
Maxine O'Sullivan: "People don’t talk about the mental side of horse racing"
1 year ago
Brazil's female footballers to be paid the same as men
1 year ago
Greta Streimikyte: “I'm visually impaired but I never let that get in the way of my sport"
1 year ago
Gina Akpe-Moses: "This has been an awakening for black people"
1 year ago
Irish Rugby's Hannah Tyrrell on Pieta House's new initiative and the importance of asking for help
Next Page