The hugely popular clothing brand is expected to open six stores in Ireland throughout the next year.

The clothing brand American Eagle Outfitters is set to open their first store in Ireland in August. 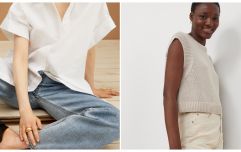 END_OF_DOCUMENT_TOKEN_TO_BE_REPLACED

The fashion retailer has already started advertising job applications for a store manager, as well as full time sales assistants in the Jervis branch.

For information on how to apply, head over to the Jervis Shopping Centre's official website right here.

Over the next year, the brand's Irish presence is expected to expand, with six stores opening across the country.

According to The Times, Sunil Shah is the man responsible for bringing the retailer to Ireland. The businessman has also been credited with overseeing the launch of other brands in Ireland, including Tommy Hilfiger, Pepe and Skechers.

Since its foundation in 1977, American Eagle has become a staple of American wardrobes. The brand's target market is college-aged men and women, but the clothes are popular with older adults as well.

The company has operated over 900 stores around the world, with multiple branches in the United States, Canada, Hong Kong, Mexico and the UK.

In 2019, American Eagle Outfitters became one of only two mainstream clothing companies whose commitments were in line with the Paris Agreement's climate goals. The other brand was Levi's.

popular
You can now get paid to watch every episode of Grey's Anatomy
POLL: Vote now to see which side you're on in this Irish head-to-head battle
Love Island fans spot Millie and Liam doing same weird gesture in bed
Joanna Cooper's first intimates brand has just dropped
18-year-old TikTok star Timbo the Redneck dies after stunt goes wrong
Love Island: Kaz's family issue statement after "vulgar racist abuse"
Love Island: You need to see Millie's dad's Instagram
You may also like
2 weeks ago
Holly Willoughby's "favourite" sold out floral dress is back in stock in M&S
2 weeks ago
Zara has officially launched its first ever bridal collection
2 weeks ago
You can now buy a replica of Jennifer Garner's dress from 13 Going on 30
3 weeks ago
Dresses not your thing? Here's our picks for the best shorts this summer
3 weeks ago
7 of our fav pieces from the new size inclusive PLT swimwear collection
4 weeks ago
Love Island fashion - what have the girls been wearing this week?
Next Page