Beyoncé Just Revealed Her Athleisure Collection And We Are Feeling It

Beyoncé has officially launched her first fashion collection and as expected, it is STUNNING. 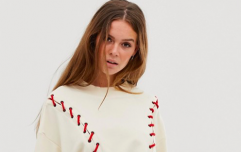 END_OF_DOCUMENT_TOKEN_TO_BE_REPLACED

The athleisure line, entitled Ivy Park, was announced on Instagram and followed by the below YouTube video.

The collection is a joint venture with Sir Philip Greene, chairman of the Arcadia group, and it's pretty much guaranteed to sell out.

Ivy Park includes clothing, accessories and footwear, that is both 'high' fashion and activewear focused,.

According to Vibe magazine, it's available to buy from April 14th but in the meantime, you can check it out below . Flawless.

popular
Vicky Phelan says she wants to pass away in holiday home "for the kids' sake"
Scotland international rugby star Siobhan Cattigan tragically dies, aged 26
Stacey Solomon mortified after walking around shop in see through leggings
Meabh Feerick passes away after sharing that she felt "let down" by Irish healthcare system
Why Are Men so Obsessed With Boobs? The Answer is Pretty Surprising...
Norma Foley addresses concerns over schools staying closed in January
Here's the average age people lose their virginity around the world
You may also like
7 months ago
Beyoncé and Michelle Williams watched Kelly Rowland give birth via Zoom
8 months ago
Beyoncé makes history with 28th Grammy win as most decorated female artist of all time
1 year ago
WATCH: Beyoncé releases trailer for upcoming visual album, BLACK IS KING
1 year ago
Beyoncé and the NAACP have started a fund to support Black-owned small businesses
1 year ago
Beyoncé contributes to $6 million donation for #Covid-19 relief
1 year ago
WATCH: Beyoncé performs at Kobe and Gianna Bryant's memorial at the Staples Center
Next Page