When she called a halt to her struggling post Spice Girls solo career and said she was relaunching herself as a fashion designer, it's safe to say Victoria Beckham didn't have the industry heavyweights quaking in their boots.

Fast forward just six years though, and the Posh one has showed everyone exactly what she's made of, topping a list of Britain's top 100 entrepreneurs compiled by Management Today magazine.

The publication drew attention to the former singer's "finely tuned business acumen", which has lead to a £30m turnover and employment for 100 people.

Editor Matthew Gwyther said doubters could not argue with the figures. Victoria has seen a sales growth of 2,900% and employment growth of 3,233% over the past five years. 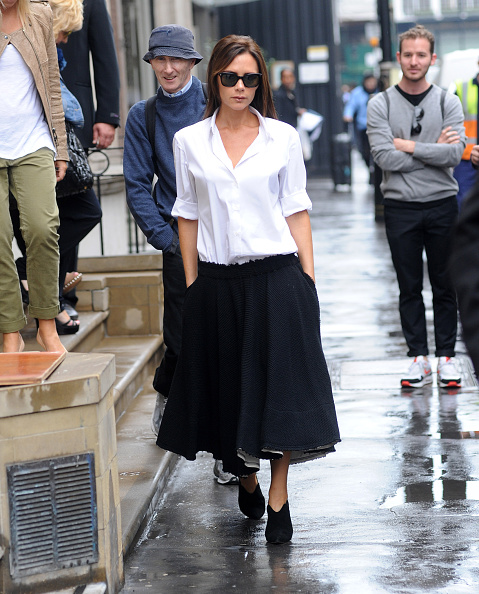 The accolade is another coup for mother-of-four Beckham, who won designer brand of the year at the British Fashion Awards in 2011 and recently opened her first flagship store in London's wealthy Mayfair district.

Girls With Goals || Her · Ep.151: 'A Story Shared' - Aoife P. Rafter on blogging during a pandemic and living with CF
popular
"I tried to imagine how we’d heal:" Meghan Markle discusses miscarriage in candid opinion piece
Love Island's Maura Higgins and Chris Taylor are officially together
Princess Diana's brother isn't happy with The Crown's depiction of his sister's marriage
Camilla receiving online abuse following The Crown's depiction of Prince Charles affair
Zoe Alexander Says X Factor Made Her Look Like a 'Fool'
AOC weighs in on Harry Styles' Vogue cover, says he looks "bomb"
Singer Christina Perri shares loss as baby is "born silent"
You may also like
2 years ago
Fashion designer Emma Manley revealed BIG news on our in-house show
2 years ago
Tommy Hilfiger is set to release a brand new collection with Zendaya
2 years ago
This STUNNING new collection is launching at H&M in October, and WOW
3 years ago
You shouldn't wait until your wedding day to wear these UH-MAZ-ING ASOS bridal shoes
4 years ago
Nike’s Self-Lacing Trainers Are Here and They Look Deadly
5 years ago
Want To Know Where Your Clothes Are Sourced?
Next Page