The Palme d'Or is the highest prize awarded at the Cannes Film Festival and this year Winter Sleep, directed by Nuri Bilge Ceylan, was awarded the prestigious accolade.

Director, producer and actress Sofia, a member of the jury panel for this year's Palme d'Or, is a close friend of Jacobs so it stands to reason that she wore one of his designs to such an event.

Sofia is the designer of the Suede Calf Leather Louis Vuitton bag and her signature chic style is obvious in this dress; the t-shirt style fit is casual but the print is unusual and striking. 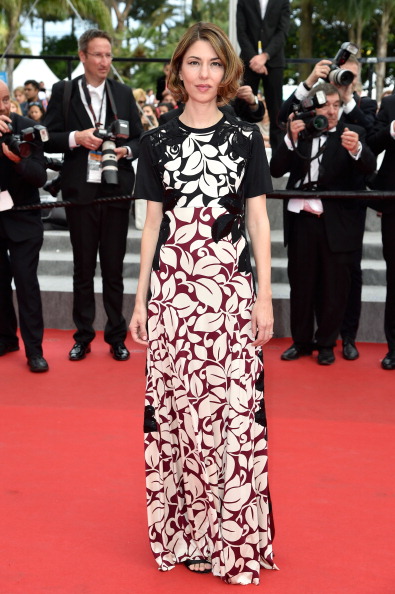