Did you notice this?

In their latest public appearance as newlyweds, The Duke and Duchess of Sussex attended the Queen's Young Leaders Awards, which honours young people from across the Commonwealth yesterday evening.

Attending the event alongside Queen Elizabeth, the pair looked as beaming and radiant as ever, as they posed alongside award receivers in Buckingham Palace, London. END_OF_DOCUMENT_TOKEN_TO_BE_REPLACED

But sharp-eyed fans noticed a common thread in Meghan's latest appearance, noting that they believe she has chosen her "royal uniform" to be the shade of light pink. The former SUITS star has worn the same colour three out of the five times she has appeared in the spotlight since her wedding. Interesting.

Yesterday, the 36-year-old royal chose to wear a custom-made Prada two-piece which she accessorized with Prada heels and a Prada clutch worth over €1,200.

Meghan also came under some fire for her appearance yesterday with many believing that the way she sat was "disrespectful". 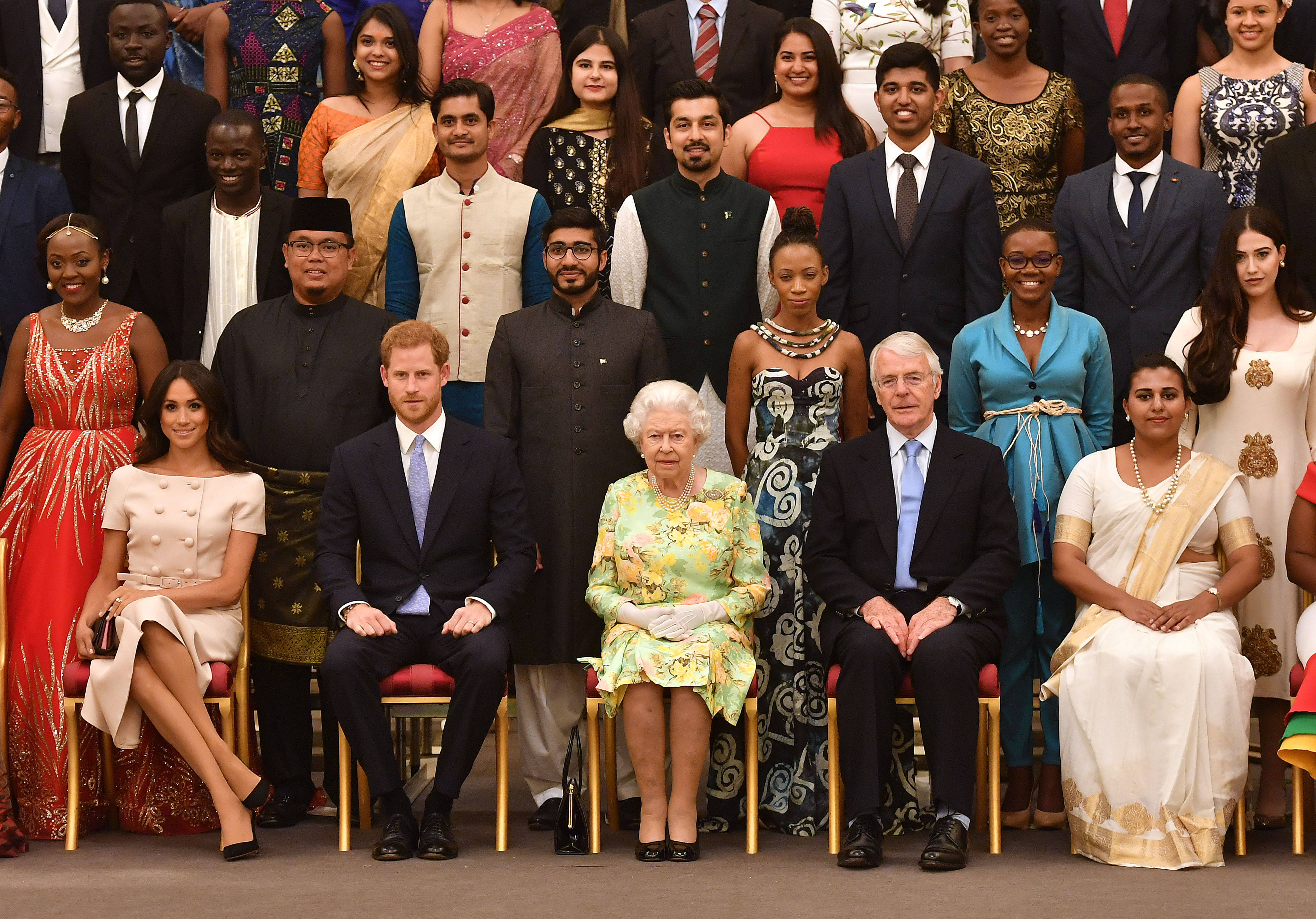 "Duchess of Sussex has her legs crossed wrong. What a disrepect to the queen.

"All royal ladies cross at the ankles or put both legs off to the side."

"Meghan don't cross your legs Queen doesn't like that," someone else chimed in.

Some people, however, were quick to rush to Meghan's defence.

"Let's focus on the wonderful honourees and NOT legs , dresses or etiquette - these young people deserve more focus."

A day in the life of a royal eh?

Girls With Goals || Her · Ep.151: 'A Story Shared' - Aoife P. Rafter on blogging during a pandemic and living with CF
popular
Around the world: The most popular baby names in major cities across the globe
"The female gaze is brilliant:" Why Phoebe Dynevor is proud of Bridgerton's sex scenes
Matt LeBlanc And Matthew Perry Reveal Reason Why They Didn’t Attend Jennifer Aniston’s Wedding
Netflix announces new true crime documentary series: The Vanishing At The Cecil Hotel
Here's what happens on every day of your menstrual cycle (roughly)
Someone has ranked the penis size of men from all over the world
When will lockdown end in Ireland?
You may also like
1 month ago
5 homeware pieces from TK Maxx that are going on my Santa list this Christmas
1 month ago
7 buys from the new H&M collection that is your entire winter wardrobe sorted
1 month ago
Aldi is now selling matching Christmas jumpers for you and your dog
1 month ago
9 stunning Princess Diana-inspired pieces we're buying right now
2 months ago
The Arnotts warehouse sale is online now - and running all weekend
2 months ago
Dress worn by Kate Middleton while visiting Ireland named 'Dress of the Decade'
Next Page