A mannequin displayed in an Oasis store has been criticised for being "irresponsible" and "damaging".

Katherine Baker was shopping recently in Westfield London and took the below photo of the mannequin displaying what people have described as "very thin legs".

She sent it to her friend Rhiannon L Cosslett who posted it to Twitter and described it as "disgusting, damaging and irresponsible, not to mention really weird".

This is disgusting, damaging and irresponsible @oasisfashion, not to mention really weird. pic.twitter.com/ZzlnwAPp6f 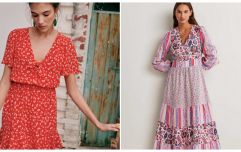 10 easy, breezy summer dresses to wear on repeat this month

END_OF_DOCUMENT_TOKEN_TO_BE_REPLACED

Chatting to Buzzfeed Life, Rhiannon said: “She [Katherine] sent it to me so that I could put it on Twitter because she was disgusted by it". Rhiannon's tweet received a huge reaction, with numerous retweets and favourites, while other Twitter users had their say on the issue.

@rhiannonlucyc @OasisFashion it just looks like they lost their mannequins legs and made do with match sticks. 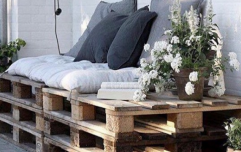 END_OF_DOCUMENT_TOKEN_TO_BE_REPLACED

A representative for the brand spoke to the website and said: "Our mannequins… in no way any attempt to accurately portray true-to-life proportions.

"Our mannequins measure over 6ft in height and without distinct facial features.

"Oasis understands the recent debates which have unfolded and therefore the business is in the process of reviewing new mannequins styles".

popular
Emmerdale actor Sam Gannon dies aged 31
Barry Keoghan announces the name of his baby boy
4-year-old girl killed in Sligo caravan park named locally
Fans unimpressed with the Love Island reunion
Weather advisory issued as temperatures in Ireland set to soar again
Dami explains why he was "angry" during the Love Island reunion
Lauren Goodger assaulted and taken to hospital after baby girl's funeral
You may also like
1 week ago
Steal the style from Netflix's Dream Home Makeover – on a fraction of the budget
1 week ago
Penneys fans are obsessed with the new SKIMS shape wear dupes
1 week ago
Before and after: This tiny balcony glow-up is all the inspiration
2 weeks ago
Neutral and cosy: Penneys' new homewares are making us excited for autumn
3 weeks ago
Slingback shoes are the only thing you need in your collection this summer
4 weeks ago
TikTok is telling us to run, not walk to Dunnes for these Lululemon dupe leggings
Next Page