Another day, another rule for Meghan Markle to follow in her new life as a royal.

But the latest 'no no' has actually come directly from her husband, Prince Harry.

The couple are due to visit Australia in October, where they will launch the Invictus Games. 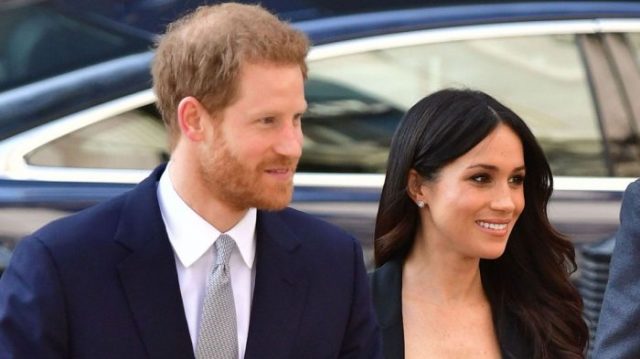 Meghan has ordered a number of suits for the occasion.

The Duchess has also ordered a custom Stella McCartney tuxedo, which Harry is not pleased about.

A source close to the pair said Harry has “expressed his views” on the outfits, and is “said to have given the thumbs-down” to the tux in particular.

“Meghan is being told she needs to stop dressing like a Hollywood star and start dressing like a royal. Meghan wanted to wear a tuxedo-style suit but Harry said it wasn’t traditional enough.”

The Mail on Sunday also reported that Meghan's style is not really "tolerated" by most royal aides, who'd rather she stick to skirts and tights. 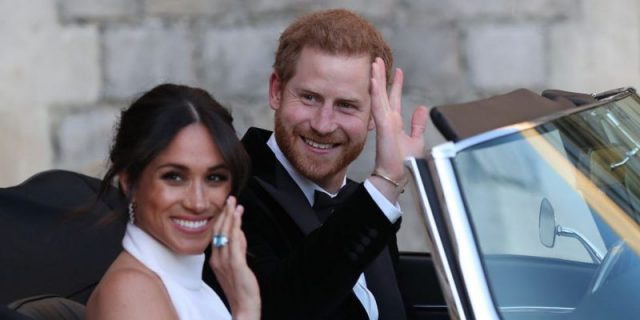 To be honest, I take most royal news with a pinc of salt.

HOWEVER, it would not shock me to learn that royal family members and staff would prefer a more traditional approach to fashion.

popular
'Beard-baiting' is now apparently a dating trend - and we're all for it
10 women on the relationship deal-breakers they learned the hard way
Curtain bangs are trending - here's everything you need to know
Rose Leslie and Kit Harington share baby news with super cute photo
QUIZ: How well do you really remember the first episode of Sabrina The Teenage Witch?
QUIZ: Can you name all 32 counties in Ireland in under 4 minutes?
15 tattoo ideas you'll adore if you love the sea
You may also like
3 weeks ago
"Content that informs": What can we expect from Meghan and Harry's Netflix deal?
3 weeks ago
Prince Harry and Meghan Markle sign multiyear deal with Netflix
1 month ago
We now know what Meghan Markle wore on her first date with Prince Harry
3 months ago
Meghan Markle gave a powerful graduation speech to her old high school's students about the current US protests
4 months ago
The 'romantic' gifts Meghan Markle and Prince Harry exchanged for their second wedding anniversary
4 months ago
If this video of Meghan reading to baby Archie doesn't cheer you up, you're clearly dead inside
Next Page