Discount fashion retailer TK Maxx has confirmed that an internal review will take place within the company, after customer complaints regarding one of their slogan t-shirts.

The item, a black t-shirt with the slogan "Je suis over it", was first highlighted by a shopper by the name of Tom Young, who spotted the shirt in a Bristol branch of the chain store. 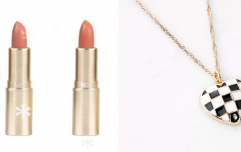 15 fashion and beauty stocking fillers for €15 or less

END_OF_DOCUMENT_TOKEN_TO_BE_REPLACED

The disgruntled customer took his concerns to The Mirror, claiming the item was in poor taste as it could be read as an insenitive reference to the Charlie Hedbo massacre in Paris earlier this year.

Speaking to the paper, Mr. Young said: "It’s appalling that a global brand has allowed a T-shirt like this to be produced and sold in store. Even if the message did not intend to cause upset in relation to the tragic event, I am adamant it should be taken down from stores immediately." 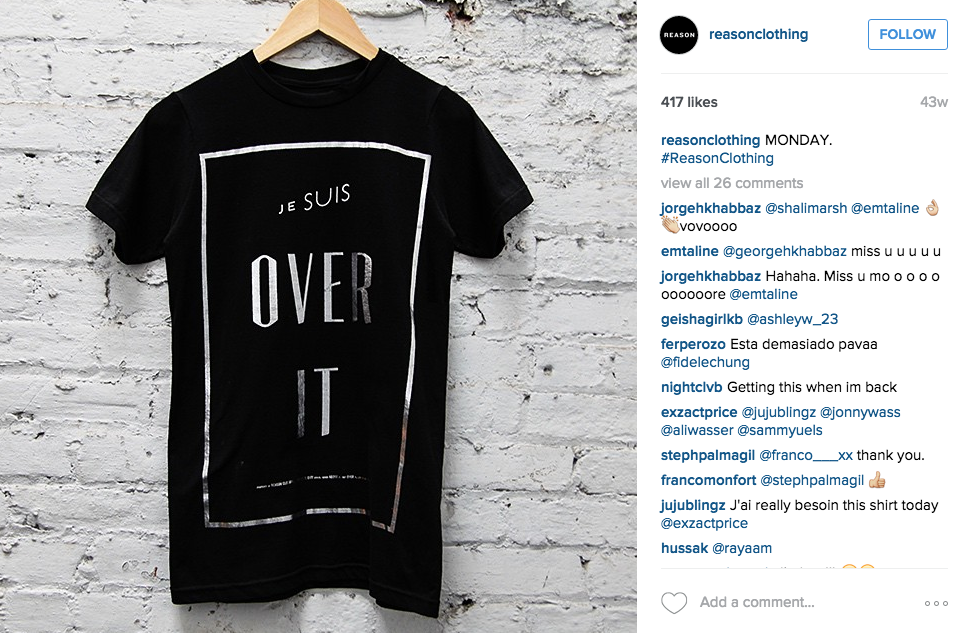 Twelve people were killed when the head office of the French satirical magazine came under attack in January. In the aftermath of the incident, "Je suis Charlie" trended widely as a mark of solidarity with the victims and their families.

The retailer has since withdrawn the shirt from sale and it has emerged that the item was made by a US based clothing company before the shocking events in Paris.

A TK Maxx spokesperson told The Mirror: “We take product matters very seriously and appreciate that this T-shirt has been brought to our attention. 2010 fashion is already coming back and we are NOT okay

END_OF_DOCUMENT_TOKEN_TO_BE_REPLACED

“As soon as we became aware of the offensive T-shirt message, we initiated the process to remove this item from our stores and are internally reviewing how we inadvertently purchased the item. We would like to apologise to our customers for any concern this may have caused.”

popular
Charlie Bird says he "cries every day" as he struggles to cope with MND diagnosis
Real Housewives of Johannesburg star Naledi Willers dies aged 30
Boris Johnson announces birth of "healthy baby girl"
Concerns over travel restrictions this Christmas due to “significant numbers” of Omicron
Marty Morrissey to take a step back from RTÉ after tragic death of mum Peggy
Schoolboy placed in isolation for putting hair in plaits like female classmates
Pippa O'Connor "forever grateful" as she goes to Billy's last check up in Holles Street
You may also like
5 years ago
PIC: Charlie Hebdo Release Front Cover Image Ahead Of First Anniversary Of Office Attacks
6 years ago
Someone Has Tried To Trademark The Phrase 'Je Suis Charlie'...
6 years ago
PIC: Charlie Hebdo Release Moving Front Cover Image For This Week’s Issue
6 years ago
WATCH: The Simpsons Touching Tribute To Charlie Hebdo
6 years ago
IN PICTURES: Thousands of People Pledge Support To Paris In The Wake Of Terror Attacks
6 years ago
The Most Poignant Image Shared Since The Charlie Hebdo Massacre
Next Page