We never thought about it, tbh.

Do you have a bra in your drawer that you had since college? School even? Even though we buy new bras every now and again, how often do you throw them out?

Well, turns out we keep them for YEARS. 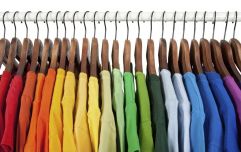 REVEALED: The Colour Women Feel Most Attractive In

END_OF_DOCUMENT_TOKEN_TO_BE_REPLACED

Debenhams surveyed more than 1,500 women on their lingerie habits and it found some pretty shocking habits we all have.

Irish women keep their bras for an average of 5 years, however one in ten admitted to keeping them for more than 11 years. 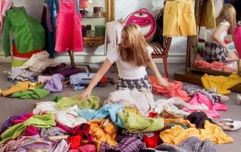 Can't Find Anything to Wear? This Could Be the Reason...

END_OF_DOCUMENT_TOKEN_TO_BE_REPLACED

One fifth of those interviewed said they wear the same bra for five days in a row, but the average came out as three days in a row.

As for getting measured? Turns out we're not on top of it at all.

Debenhams bra designer Aliza Reger said of the findings: "Women’s’ bodies change over time and when you couple that with the fact that when you wash a bra it loses its elasticity, a bra that was well fitted ten years ago could now be causing pain, affecting posture and in some cases generate scarring around the side of the breast where the straps have rubbed."

popular
Wagatha Christie: Rebekah Vardy storms out of court just 30 minutes into final day
Only a matter of time before monkeypox spreads to Ireland, says expert
Claire Byrne Live viewers in shock as woman shares family DNA secret
Why Are Men so Obsessed With Boobs? The Answer is Pretty Surprising...
Denis Sulta had a cameo in Derry Girls alongside his girlfriend Saoirse-Monica Jackson
Get Out has officially dropped on Netflix and we know what we're watching tonight
How to INSTANTLY unblock your stuffy nose (we swear this works)
You may also like
1 month ago
SURVEY: Take this quick and simple golf survey and WIN a €100 One4All voucher
2 months ago
One in three women has considered quitting their job in past 12 months
6 months ago
Vast majority of Irish people think there is a problem with understanding sexual consent
7 months ago
Study reveals 6 in 10 Irish women don't check their breasts regularly
10 months ago
Nearly half of men think 36 is "too old" for women to have a baby in UK
1 year ago
Sexual Experience Survey results: Over half of Irish women believe orgasmic sex is one of the top three greatest pleasures in life
Next Page