Opinion: Victoria's Secret is finally rebranding- but is it too little too late?

The company's shift is less about diversity, and more about image rehabilitation.

Yesterday, Victoria's Secret said goodbye to their Angels and announced a major rebrand.

The fashion label unveiled its first line of ambassadors to join their VS Collective, and they included actress Priyanka Chopra, football player Megan Rapinoe, and trans model Valentina Sampaio. 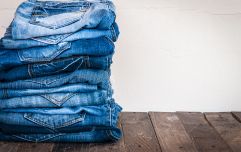 END_OF_DOCUMENT_TOKEN_TO_BE_REPLACED

According to Victoria's Secret, the partnership's aim is to "build new, deeper relationships with all women" through the creation of "revolutionary lingerie" and "inspiring content".

On Wednesday, the company's new chief executive Martin Waters told the New York Times that the company was "slow to respond when the world was changing."

"We needed to stop being about what men want, and to be about what women want," he said.

Many saw the rebrand as a step in the right direction, but for others, it was too little too late. 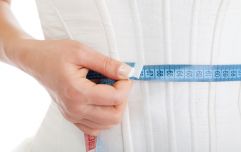 END_OF_DOCUMENT_TOKEN_TO_BE_REPLACED

Until 2018, Victoria's Secret's branding centered around their Angels. At the annual fashion show, viewers tuned in to see the highest paid supermodels flaunting VS lingerie while wearing over-sized angel wings. However, as viewers began to notice the lack of diverstiy on the runway, the fantasy lost its sheen.

The brand came under fire for almost exclusively casting very thin models in their runway shows. They only hired their first "plus-size" Angel - Ali Tate-Cutler - in 2019. 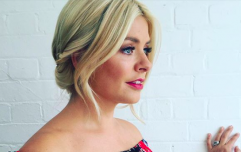 END_OF_DOCUMENT_TOKEN_TO_BE_REPLACED

In 2018, the company's former chief marketing officer said that the company would not cast plus-sized or transgender models in their shows because VS does not "market to the whole world." He later apologised for his remarks, and called them "insensitive".

A year later, they hired their first transgender model.

Victoria's Secret continued projection of "fantasy" has alienated consumers. Their failure to move with the times has affected their bottom line. In 2016, their shares began to decline. Earlier this year, reports emerged of an "entrenched culture of bullying, misogyny and harassment" within the company.

Given their recent struggles, it's evident that their "rebrand" is nothing more than an attempt to rehabilitate the company's image. While the accomplishments of the new brand ambassadors cannot be understated, this partnership isn't about revolutionary change. It's about sales.

Indeed, the company's decision to ditch the fantasy and embrace reality is simply too little, too late. The damage has already been done.

popular
Dublin Airport in "shambles" after weekend of chaos
Love is dead... Shakira and her husband Gerard have reportedly split
Irish actor Donal Courtney dies aged 52
Coleen Rooney shares "suspicious" DM she received from Rebekah Vardy before Wagatha Christie
Doctor Strange actress Zara Phythian receives 8 years for child sexual abuse
The six Eurovision countries with "irregular voting patterns" have been revealed
This one simple recycling tip could make a BIG difference to the environment
You may also like
1 week ago
What's really behind TikTok's fascination with true crime?
1 month ago
Opinion: Britney was scrutinised during her first pregnancies, we can't let that happen again
1 month ago
Opinion: Will Smith's slap is overshadowing all the good aspects of the Oscars
1 month ago
Opinion: No, trans women are not a "major problem" in women's sports
2 months ago
Opinion: It’s okay not to give into the pressure of feeling like you have to be distinguished on IWD
2 months ago
Why do we still have single-sex schools in 2022?
Next Page