Brought to you by Neutrogena Hydro Boost

"If you're really, really passionate about something, your passion will push it 100 percent."

No one knows more about the importance of passion behind a project than business entrepreneurs Ellen Weber and Grace O'Sullivan, the women behind the successful fashion accessory brand Glitz N' Pieces. 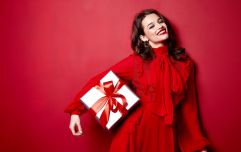 END_OF_DOCUMENT_TOKEN_TO_BE_REPLACED

Far from being experts in the field, the two ladies decided to set up their business when they were fresh out of school and only a few months into their university Entrepreneur and Business Management course in IADT. The company is now just shy of six years old and has seen huge growth since they started.

The ladies joined our own Niamh Maher on Girls with Goals this week to give us the full rundown on how they moved from running a purely online business to opening their own pop-up concessions in Arnotts and Brown Thomas.

Check out the whole episode below.

Ellen and Grace had been in school together and then ended up studying the same course in college. However, they hadn't both always been aiming for the same goal.

Ellen was set on being an art teacher, with her portfolio already made up and ready to go, when she came up with the idea of opening her own shop in fifth year after watching The Only Way is Essex. After telling her guidance councillor about her dream of opening a one-stop-shop, she was pointed in the direction of the IADT course.

Grace, on the other hand, had dreamed of owning her own business since she was a young girl. 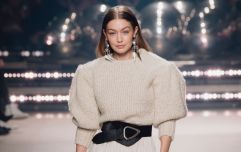 Capsule wardrobe: 5 crucial accessory trends that will get you through winter

END_OF_DOCUMENT_TOKEN_TO_BE_REPLACED

For a college task, Ellen and Grace were both put into different teams that didn't quite meet their levels of ambition. After discussing the task together and realising that they both had a similar product that they wanted to sell, they decided to team up and thus the business was born.

The two girls had no experience in the business world whatsoever. 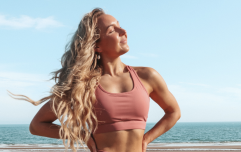 END_OF_DOCUMENT_TOKEN_TO_BE_REPLACED

"I've never had a proper job, like, babysitting was as far as it got," says Ellen.

Somehow, though, they'd stumbled onto a great idea and, with their hard work, they managed to make something real out of it.

Using the profit they had made during their college project, they paid for a website and web developer. They estimated that they needed about €300 more to properly get their business started so, as any entrepreneur would do, they headed to the bank. Grace describes how the loan advisor took their request:

"When I mean he broke down laughing... Me and Ellen were looking at each other being like, 'what's so funny?' and he was like, 'Girls, you're trying to set up a business with €300. You're going to need at least two grand.'"

With that two grand, they set up their website account and acquired some more products to sell. They also set up their social media, which was a huge asset for them as they had no advertising budget.

Throughout their college years, Grace and Ellen worked on their business while continuing to learn in class. They centred their work around the business and every project for the course was based on it. At the end of their four years, they received the Inaugural Award for Outstanding Achievement.

After two years, the business started to turn a profit but the online market was becoming a lot more saturated so they knew they had to step things up.

So started their next venture - the pop-up shop.

They sent out pitches to department stores, looking for a spot to set up their Christmas pop-up and were accepted by Arnotts. During those weeks, the two girls worked a whopping 56 days straight. It turned out for the best though because the pop-up did so well that they were invited to stay on after Christmas.

Moving to a physical concessions stand was a tough changeover. They had to hire more staff, which meant more insurance, and they had to add new types of packaging. All these extra costs meant the girls had to cut their own pay.

"Our visions are so clear of where we want to go. That's what drives us to keep going. It's definitely not money."

They knew they were well on their way when Brown Thomas got in touch with them and asked them to open a temporary pop-up concession stand in their department store in Limerick.

"It takes a lot for department stores like that to put their trust in us. . . To give us that opportunity. We will be forever grateful."

Glitz N' Pieces is on the up and up, with the business now moving towards designing all of its own products. Grace and Ellen are still just at the beginning of where they want the business to be but with a profitable brand almost six years down the line, the ladies can be extremely proud of their success story so far.

For anyone looking to start their own business, Grace and Ellen both have a bit of advice to share.

"A lot of people do say, 'you're so lucky, you have this.' and I'm like, 'no, there's no such thing as luck in business. It's pure hard work. So, advice to anybody who is starting out - just be prepared to really work hard 'cause that's what gets your success."

"Passion . . . Once you're passionate about something, because you do have to put in tedious amount of time and hours and you're working so hard. It's not like on a Friday you're like, 'oh, finish early on a Friday - four o'clock finish, let's go!'
It is that commitment but, like, I love what I do. I wouldn't change it, you know? I'm happy. So you have to be behind it for the right reasons. If you're really, really passionate about something your passion will push it 100 percent."

To hear more about these ladies' successful journey, click here to check out the podcast.

Brought to you by Neutrogena® Hydro Boost®

The Neutrogena® Hydro Boost® range brings you skincare products that offer skin everything it needs to bounce back. Whatever demands a busy lifestyle puts on your skin, the range works with your skin's natural transport system to actively replenish, restore and deliver hydration when your skin needs it most. The Neutrogena® Hydro Boost® range is available in pharmacies nationwide. See their website for more information.

popular
Doctors warning young people against 'sun cream contouring' TikTok trend
These 14 Dublin attractions are opening their doors again next week
The countdown is on! 10 things we'll be racing to Penneys for when they open
Easy DIY: A super-chic pallet daybed for garden entertaining
A Full Time Job - The List of Tasks Mothers Carry Out Every Day
Here's what happens on every day of your menstrual cycle (roughly)
Louise Redknapp just admitted a shocking truth about her ex husband, Jamie Redknapp
You may also like
1 day ago
Karen Constantine from lovelygirlybits talks turning a hobby into a career
2 days ago
WATCH: Michael Fry has discovered the perfect way to be an absolute dote to his Godmother Catherine
3 days ago
COMPETITION: Win a star-gazing camping adventure to the stunning Aran Islands for you and your housemate
5 days ago
Apparently we're all making these huge mistakes when recycling
1 week ago
Summer in a glass: Join Carol Byrne as she learns how to make the perfect Aperol Spritz
1 week ago
Struggling to treat an itchy, irritated scalp? We've got the perfect solution
Next Page