Have you switched over or will you stay loyal?

There's nothing worse than someone copying your work and getting the credit for it, so Snapchat bosses are sure to be feeling crap as they tuck into their Easter eggs this weekend.

Instagram announced this week that its Stories feature, which has a number of features similar to the Snapchat app, now boasts 200 million daily users.

This puts it ahead of Snapchat's 158 million daily users, reports industry publication Adweek.

This is bad news for Snapchat - its parent company Snap's share prices have already fallen as a result of Instagram's announcement. 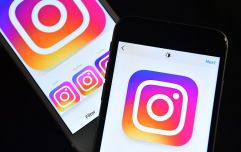 END_OF_DOCUMENT_TOKEN_TO_BE_REPLACED

The Stories feature on Instagram was an aggressive move by the Facebook corporation, which has a reputation for facing competitors head-on.

Facebook purchased Whatsapp for $22 billion in 2014 in an attempt to kill the competition between the app and Facebook's own Messenger app.

Facebook also tried to buy Snapchat itself in 2013 for a reported $3 billion as it saw engagement among its teenage users decline, but Snapchat turned down the bid.

popular
Curtain bangs are trending - here's everything you need to know
'Beard-baiting' is now apparently a dating trend - and we're all for it
Kate Middleton has addressed the rumours that she's pregnant with her fourth child
Will there be a second season of Gilmore Girls: A Year In The Life? Here's what we know
QUIZ: How well do you really remember the first episode of Sabrina The Teenage Witch?
Cristiano Ronaldo has been called 'racist' for his latest Instagram post
Eight Of The Best Films And Documentaries On 9/11
You may also like
2 days ago
Sir David Attenborough has officially joined Instagram and we couldn't be happier
4 months ago
Dogs Working From Home is the Instagram account that you need to follow during lockdown
4 months ago
'I'm not posting continuous pictures of my face' Niamh Webb O'Rourke on the evolution of blogging
5 months ago
Living with synesthesia: The Irish artist who experiences colour in an entirely different way
5 months ago
Check out the €20 New Look bargain that's just too good to miss out on
5 months ago
'Lift our spirits': The Irish artist creating custom illustrations during the #Covid-19 pandemic
Next Page