The beach from The Beach has officially closed down indefinitely

The beach from The Beach has officially closed down indefinitely.

According to authorities, the beach has struggled over the years due to the high volume of tourists visiting the site made famous by Danny Boyle's 2000 film starring Leonardo DiCaprio.

It is thought that over 6,000 tourists visited the beach every day before it's then-temporary closure earlier this year. 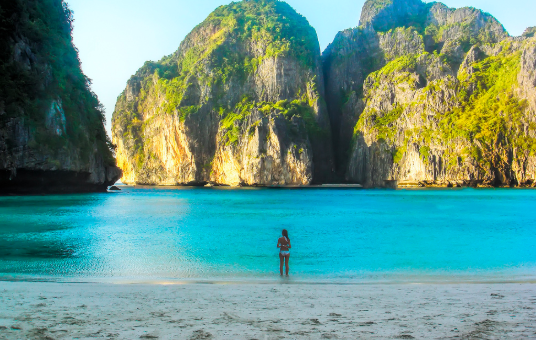 Maya Bay was originally supposed to be closed between June and September, but officials revealed today that the beach will be closed until further notice.

Songtham Sukswang, director of the Office of National Parks, said:

"Four months' closure was not enough.

"We need at least a year or even up to two years or maybe more for the environment to recover - this includes the coral reefs, mangrove, and the beach."

Looks like you'll have to find somewhere else to find yourself next summer.


popular
Zara's €20 top comes in eleven different colours and it's the cosy comfort we need
Golden retriever Sunny delivers groceries to his owner's neighbour and what a good boy
Love Island's Maura Higgins opens up the reason behind her split from Curtis Pritchard
Drake has shared the first photos of his two-year-old son Adonis on Instagram
Meghan and Harry issue statement following Donald Trump's Twitter comments
'You've been great' It looks like Harry and Meghan just shared their final Instagram post
#Covid-19: Life cannot go 'back to normal' after Easter Sunday, says Simon Harris
You may also like
23 hours ago
#Covid-19: Life cannot go 'back to normal' after Easter Sunday, says Simon Harris
1 day ago
#Covid-19 cases to rise in Ireland due to focused testing, says HSE
2 days ago
Don't forget - the clocks are going to 'spring forward' one hour tonight
2 days ago
Andrew McGinley asks people to send him letters as he struggles with self-isolation
3 days ago
There's a new online service that could help people who have lost their job due to coronavirus
6 days ago
#Covid-19: Ban on gatherings of more than four people, says Varadkar
Next Page