Hagrid's hut now sleeps six people, including your dog - so holiday, anyone?

No, Robbie Coltrane won't be there.

But his gaff will.

Well, not his gaff, per se, but the gaff of the iconic character that he played for many years in the Harry Potter franchise.

Hagrid, as we are all well aware, was the Hogwarts groundskeeper. He kept the grounds. He bred dragons. He also delivered the stunning and incredible "Yer a Wizurd, Herry" line that will forever remain etched in our psyches.

Basically, he was a solid bloke - and any Potter fan would be lucky to get to sleep inside his cottage for a night or two. 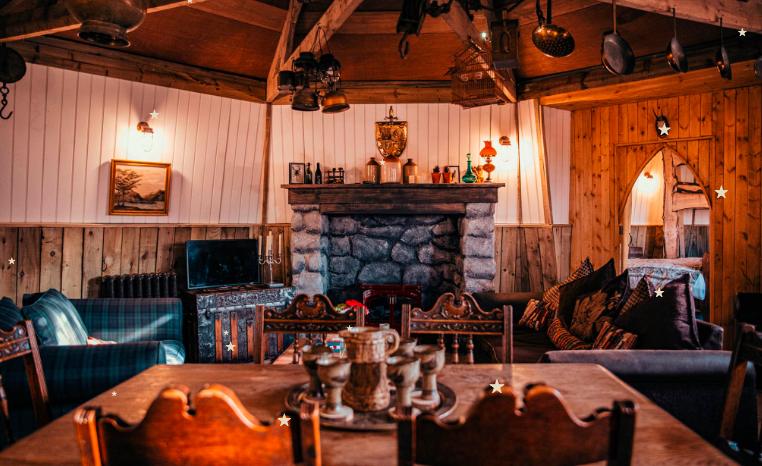 And now, you can. Delightful.

The guys over at Northshire have opened the deluxe cottage just this year for anyone who wants to experience some groundskeeper realness.

Located in the gorgeous Yorkshire countryside, the dwelling is comprised of three adjoining circular rooms, stained glass winders, stooped doorways, lanterns, and a load of other things that'll make you feel like you're sleeping right at the edge of the Hogwarts grounds.

The cottage sleeps six people (four adults and two children) as well as a dog, so you can bring the whole family down, bring your mates over, or simply go alone with your pup if you're after a solid night of solitude. 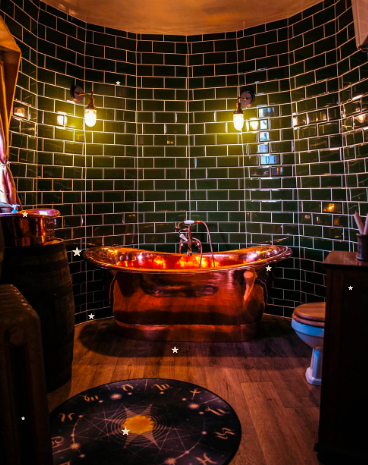 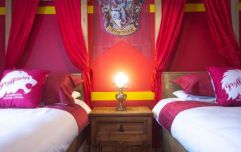 END_OF_DOCUMENT_TOKEN_TO_BE_REPLACED

There's a fully functional kitchen, a stunning bathroom featuring a copper bath, and two bedrooms to ensure that you can enjoy your groundskeeper-based stay as much as humanly possible.

One night in the cottage isn't all that unreasonable either, considering the intense novelty of it all.

Most weekends for the foreseeable future are, understandably, booked up - but if you wanted to head over midweek sometime in December you'd be looking at about £295 (€345) for the evening. 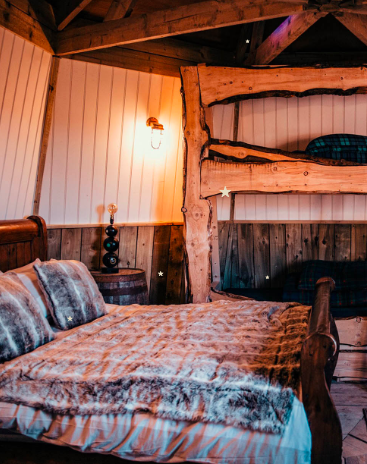 Again, think of the novelty.

If Harry Potter simply isn't your thing though, Northshire run a lot of other countryside-based experiences including a Shire House straight from Lord of the Rings.

You can find out more about all of the cottages here.

popular
Curtain bangs are trending - here's everything you need to know
'Beard-baiting' is now apparently a dating trend - and we're all for it
10 women on the relationship deal-breakers they learned the hard way
Rose Leslie and Kit Harington share baby news with super cute photo
QUIZ: How well do you really remember the first episode of Sabrina The Teenage Witch?
Will there be a second season of Gilmore Girls: A Year In The Life? Here's what we know
QUIZ: Can you name all 32 counties in Ireland in under 4 minutes?
You may also like
1 week ago
A massive Harry Potter open-world game set at Hogwarts is coming soon
1 week ago
QUIZ: How well do you remember the book Harry Potter and the Philosopher's Stone?
1 month ago
QUIZ: How well do you remember what these Harry Potter spells do?
1 month ago
The Harry Potter AirBnB announced it has availability this month and we'll race you
4 months ago
JK Rowling to release new children’s book online - for free
4 months ago
Merlin's beard! There's a Harry Potter face mask that shows the Marauder’s Map as you breathe
Next Page