Ireland has been named the most desirable island in Europe at the Wanderlust Travel Awards 2022.

Throughout the year, readers of the UK magazine Wanderlust were asked to vote for their most desirable destinations around the world. 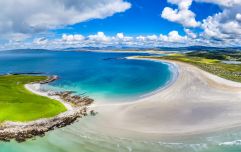 END_OF_DOCUMENT_TOKEN_TO_BE_REPLACED

The outlet said it received tens of thousands of votes before revealing the winners at a ceremony this week.

Ireland won big in the Most Desirable Island in Europe category, coming in first place - beating out Malta and Crete, which came in second and third place respectively.

Describing Ireland, Wanderlust said: "Marking the western edge of the continent, the Emerald Isle calls out to travellers looking for fantastic natural landscapes, historic cities, and epic road trips to connect it all.

"Its capital Dublin, sitting on the east coast, is known for being the home to Guinness - best experienced in the cobbled riverside neighbourhood of Temple Bar. 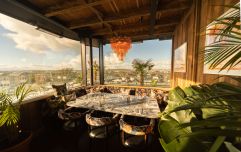 END_OF_DOCUMENT_TOKEN_TO_BE_REPLACED

"While the Wild Atlantic Way is a fantastic tourist trail stretching 2,500 km along the entire western coastline of Ireland, linking County Donegal to County Cork."

Palawan in the Philippines was named the most desirable island in the rest of the world by readers of the magazine.

Regions were also awarded, with Normandy (Europe) and Florida (Rest of world) both taking gold.

You can check out the top 10 most desirable islands in Europe as chosen by the magazine's readers below:

popular
Bride asks for divorce day after wedding following groom's disrespectful cake stunt
Natalie Imbruglia's Torn is actually a cover and the original just isn't the same
Head of dive squad searching for Nicola Bulley thinks 'something's not right'
Gwen Stefani reportedly pregnant with baby number four
Tributes paid following tragic death of Emma Pattison and her family
Here's why Nicola Peltz-Beckham's family are suing her wedding planners
Woman calls for child-free suburbs because she doesn't want to live near screaming children
You may also like
12 hours ago
Here is a list of every Bank Holiday in Ireland in 2023
2 weeks ago
Irish names among the top 10 hardest words for British people to pronounce
2 weeks ago
Patient in his 80s killed in Cork hospital ward following attack
2 weeks ago
Nadine Lott's killer scarred for life following prison attack
3 weeks ago
Gardaí are reviewing "helpful, new" information in Sophie Toscan du Plantier case
1 month ago
Ireland set to ban "cruel process" of conversion therapy
Next Page