Sure, we're not a bad bunch.

It turns out that being friendly has its advantages, especially when it comes to winning awards for friendliness.

Yes, Ireland has not one but two entries in the Condé Nast Traveller list of the friendliest cities in Europe. 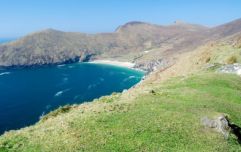 Mayo beach named among the best in Europe by Lonely Planet

END_OF_DOCUMENT_TOKEN_TO_BE_REPLACED

But the good news does not stop there, folks. Not only does it have two entries, but the two entries are the first and second spot on the list.

The list is put together according to votes by readers of Condé Nast Traveller in the Readers' Choice Awards 2020, and Galway and Dublin are probably feeling pretty smug right now.

Galway has taken the number one spot on the list managing to beat away competition from like of Valetta in Malta and Oporto in Portugal.

"Galway is Ireland’s alternative city – more boho and leftfield than Dublin and Cork, a place that draws buskers and artists, dreamers and schemers like a magnetic force," the publication previously said.

Meanwhile, Dublin came in at the number two spot on the list to round out the one-two finish for Ireland.

"You can slip between the sheets in some of the city's most opulent Georgian mansions or discover a more urban take on the city in other happening hotspots," Condé Nast said previously about the city.

Unfortunately for Cork, there was no spot for it on the list but perhaps many of the Condé Nast readers believed the county's long-rumoured secession from the Republic had finally been given the green light.

Girls With Goals || Her · Ep.160: The Beauty Of Coaching - Hayley Harrison joins us from Sport Ireland
popular
Lidl to offer free period products to combat period poverty in Ireland
TikTok Trend: What is laundry stripping and does it work?
Rosacea awareness month: 3 skincare products many rosacea sufferers swear by
Starbucks has a bubblegum-flavoured frappuccino on their menu – but you need to hurry
Man charged with murder of 24-year-old mother Jennifer Poole
M&S just launched the designer collaboration of dreams – with the ONE dress everyone needs
Kate Middleton has addressed the rumours that she's pregnant with her fourth child
You may also like
14 hours ago
You can now get a life-size inflatable pub for your back garden
1 week ago
Here are the changes to the Level 5 restrictions in Ireland today
1 week ago
Slane Castle set to host a "double summer concert" next year
1 week ago
TG4 to air one-hour special to celebrate President Michael D. Higgins' 80th birthday
2 weeks ago
Employees now have the right not to answer work calls or emails outside of working hours
2 weeks ago
US, Germany, France and Italy look set to be added to Ireland's mandatory hotel quarantine list
Next Page