WOW air is selling flights to America for under €100 and yeah, we're ready to go tbh

Got any long distance holidays planned?

You might as well get going on that if you don't because you can fly all the way to the United States of America for less than one hundred quid now.

This divine enough deal comes from WOW air who have somehow decided to start selling flights to the US for €99.99 and yeah, to be honest, we're more than a bit tempted to just book a holiday now, leave work, and never come back.

There's also a few Canada fares in there too for the same price including Montreal and Toronto. 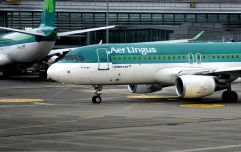 END_OF_DOCUMENT_TOKEN_TO_BE_REPLACED

The only catch is that you're going to want to head off fairly soon if you plan of booking these cheap as f*ck flights.

The cheapest ones at under one hundred quid all seem to be taking off in early October, but if the date you want isn't part of a deal, you still probably won't end up shelling out too much for a flight.

You can check out some more of the deal here.

popular
Teenager rescues two young boys who got into difficulty swimming in the River Boyne
7 skin care wonders: beauty products I just can't live without in my 30s
Irish influencer Lisa Jordan reveals her little boy's name and it's so cute
Meath creche with five postive COVID-19 cases has closed due to HSE advice
Want a snatched nose? These contouring hacks are making waves online and they're pretty simple!
Green hair and ripped bikini lines! We have only ourselves to blame for these lockdown beauty disasters
This 'Mississippi Mud Pie' recipe is a must-try for chocolate cake fans
You may also like
10 months ago
Over 100 'unique' names were invented in the United States last year alone
11 months ago
Catholic school removes Harry Potter books from library because they contain 'spells'
1 year ago
The internet has discovered the "salmon cannon," and it has become a sensation
1 year ago
Aer Lingus launch flash 4th of July sale on flights to the US
1 year ago
10 people in Pennsylvania shot, marking America's 174th mass shooting of 2019
1 year ago
America will now demand social media details from visa applicants
Next Page