A bride has come under fire after asking her bridesmaid to dye her 'vibrant' hair as it doesn't match her wedding's colour scheme.

The woman began the Reddit post by explaining that her cousin, Ella, was going to be in her wedding party later this year - and that an issue arose when she asked her to temporarily colour her "flaming red hair" to a "less vibrant" colour.

"The ongoing issue is that my wedding has a blue and green peacock theme and guests have been asked to follow this colour scheme with their clothes," she said.

"Hair wasn't originally included at all in the colour scheme but my cousin Ella has natural bright ginger hair."

END_OF_DOCUMENT_TOKEN_TO_BE_REPLACED

She added that she knows it would be "bonkers" to suggest someone permanently colour her hair, so she brought up the idea of a temporary colour.

"Ella argued that she has been growing her hair for 6 years and doesn't want to risk the colour not washing out," the bride fumed.  "I thought this was ridiculous because it literally says washes out in like 14 washes. But Ella says because her hair is completely natural colour it might take strongly to her hair. " 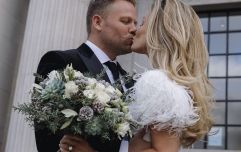 END_OF_DOCUMENT_TOKEN_TO_BE_REPLACED

And, again, the bride tried to convince her cousin of an alternative arrangement.

"I gave up on that avenue and suggested a wig. It is one day - one single day - and there are some amazing wigs these days," the bride continued. "I had a look on Instagram and you wouldn't even be able to tell. But she said she would feel self-conscious and weird wearing a wig."

She added that axing her cousin from the bridal party was out of the question as her mother would "murder" her. 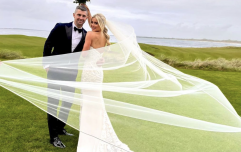 END_OF_DOCUMENT_TOKEN_TO_BE_REPLACED

"I really don't want to come across as a bridezilla but butt-length flaming red hair will destroy the wedding photos and ruin the colour scheme completely," she said.

The bride added that she was "at a loss" as she "can't have freaking Merida ruining the photos." She asked whether she was in the wrong to be asking her cousin to do this and...well, most of the Reddit users agreed that yes, she was.

"Your wedding guests shouldn't need to adhere to a strict dress code colour scheme and people shouldn't be asked to subdue their natural hair colour or other traits outside of your control," one person said.

Another person pointed out that red hair "dyes poorly and often doe not come out to the colour anticipated" - and typically has a greenish hue.

Things got particularly awkward when the bride added some updates to her post.

She revealed that she had decided to send the post to Ella after her story went viral, and that the two of them were working towards a compromise. Late on, she added that Ella had dropped out of the wedding as they couldn't find a solution.

"I now have to deal with my mom and aunt chewing me out over it all," she said.

popular
Only a matter of time before monkeypox spreads to Ireland, says expert
Wagatha Christie: Rebekah Vardy storms out of court just 30 minutes into final day
Sainsbury's evacuated after several people fall ill with breathing problems
Conversations with Friends praised for showing reality of endometriosis
Claire Byrne Live viewers in shock as woman shares family DNA secret
Denis Sulta had a cameo in Derry Girls alongside his girlfriend Saoirse-Monica Jackson
Surprise! Ed Sheeran announces he and wife Cherry have welcomed baby #2
You may also like
4 days ago
Kourtney Kardashian and Travis Barker have officially gotten married
1 week ago
Bride and groom praised for interesting way they decided on surname
1 week ago
Roz Purcell shares rare pics with boyfriend Zach at wedding
3 weeks ago
Stacey Solomon in tears as she picks out dream wedding dress
4 weeks ago
8 stunning bridal headpieces for your big day
1 month ago
Bride-to-be sparks outrage over 'no plus ones' rule
Next Page