Bye-bye, diamonds - another engagement ring trend is set to be massive this year

Getting engaged is always going to be a big deal but for lots of us the trappings of a traditional proposal don't appeal anymore.

Even the diamond ring, once an absolute must for anyone getting down on one knee, might have had its day.

Couples are now opting for more modern alternatives, according to one expert - especially birthstone engagement rings.

A post shared by SundayIsland Jewelry (@sundayislandjewelry) on Oct 24, 2018 at 5:10pm PDT

Searches for rings with stones unique to the bride's birth month are on the up on Etsy.

"For generations, the diamond has been the ultimate stone for proposing, but today’s bride isn’t tied to the norm — she wants to express her personal style and choose a ring that reflects her personality — which is why in the new year, other gemstones will become go-to staples for engagement rings," the website's trend expert Dayna Isom Johnson told The Zoe Report.

It looks like we're not all tied to the idea of our own birth month, though.

May's stone, the emerald, is proving most popular on Etsy.

This is followed by sapphires (associated with September) and then opals (October).

These new figures back up a trend that's been emerging for a while now. 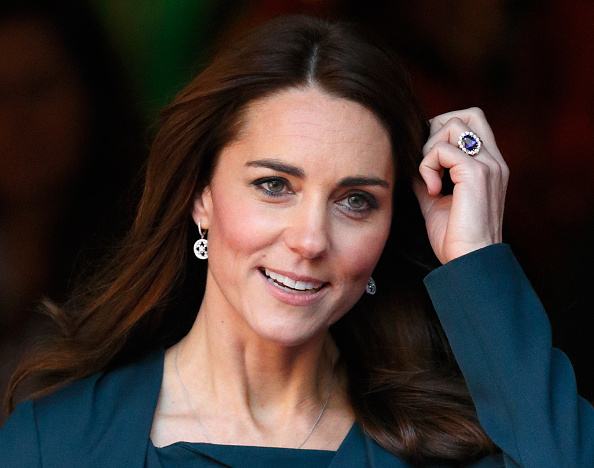 British jeweller Gemporia last year said that 40 per cent of the engagement rings it sells now feature a coloured stone.

Even one of the most iconic engagement rings of the past decade, the ring originally worn by Princess Diana that Prince William gave to Kate Middleton, features a sapphire.

popular
Bride asks for divorce day after wedding following groom's disrespectful cake stunt
Molly Mae shuts down backlash over her baby girl's name
Little girl spends 17 hours protecting her baby brother's head under earthquake rubble
Expert team end search for Nicola Bulley declaring she’s not in the water
Emma Pattison made distressed call to her sister before murder-suicide
Brother and sister abducted in March 2022 have been found alive
Natalie Imbruglia's Torn is actually a cover and the original just isn't the same
You may also like
4 weeks ago
Ella Henderson announces she just got engaged
3 months ago
Zara McDermott and Sam Thompson shut down engagement rumours
8 months ago
Two My Chemical Romance fans get engaged at Dublin gig in viral TikTok
9 months ago
Anyone else see the proposal that happened on the Met Gala steps?
10 months ago
Wait, are Ben Affleck and Jennifer Lopez engaged again?
10 months ago
Avril Lavigne has gotten engaged to boyfriend Mod Sun
Next Page