In case you missed it, Priyanka Chopra and Nick Jonas got married over the weekend in what was a five-day wedding extravaganza in her native India.

The pair had a Christian ceremony at Umaid Bhawan Palace in Jodhpur (which was officiated by Nick's dad Paul Kevin) on Saturday, followed by an official Hindu ceremony on Sunday.

END_OF_DOCUMENT_TOKEN_TO_BE_REPLACED

The couple have finally released the official photographs from the big days and while they certainly look gorgeous and very in love, we have to say we're not gone on the dress Priyanka chose for Saturday's wedding.

The high-neck ivory lace gown with sheer sleeves and button detail along the front was a little busy for our tastes but she and new hubby Nick looked gorgeous nonetheless.

The dress was custom-made for Priyanka and included some adorable personal touches, including embroidering the words 'love', 'family' and 'Nick' into it. 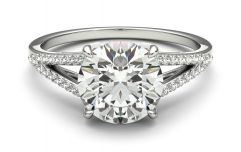 END_OF_DOCUMENT_TOKEN_TO_BE_REPLACED

Priyanka also managed to nod to her mum with her 'something old' - she used parts of her mother's wedding dress to make the dress.

Both Priyanka and Nick wore traditional Indian outfits for their Hindu ceremony.

In a statement on Instagram last week, Priyanka said that bringing her and Nick's two cultures together was important to them as a couple.

"One of the most special things that our relationship has given us is a merging of families who love and respect each other's faiths and cultures. And so planning our wedding with an amalgamation of both was so so amazing.

popular
Shawn Mendes (24) is reportedly dating Dr Jocelyne Miranda (50)
Brighten up your Christmas with these affordable festive lights, coming to Lidl next week
3 simple tips to get your nails in shape ahead of Christmas
Why Are Men so Obsessed With Boobs? The Answer is Pretty Surprising...
Irish wellness brand cancel Cork pop-up following explosion on ship full of stock
Apparently this is the best date to put up your Christmas tree
Phoebe Bridgers says Christmas in Maynooth is like a "rom-com"
You may also like
2 days ago
The first ever Afro-inspired Christmas market is coming to Dublin this year
5 days ago
Could new sustainability laws signal the end of fast fashion?
1 week ago
Irish designer Lia Cowan: "Fashion was what saved me in the end"
3 weeks ago
Princess Diana fashion searches surge ahead of The Crown season 5
1 month ago
Need a couple's costume for Halloween? Look no further
1 month ago
These are the most popular Halloween Costumes in Ireland this year
Next Page