Beauty with a Bite - Her.ie Tries Out The Vampire Facelift

Keeping up to speed with the latest and greatest in beauty buys and treatments is no easy task. No sooner have you invested in one product than every TV show and magazine screams at you to buy another. “It’s bigger, it’s better, it’s new and improved!” The trouble most often is discerning what is a flash in the pan from what’s actually based on science, and has some provable efficacy. Like I said, no easy task.

One of the most talked-about beauty procedures of the past twelve months in undoubtedly the ‘Vampire Facelift’. Most if us will have seen that picture of Kim Kardashian, face covered in blood and expression of horror, post treatment. More recently, the procedure was shown on an RTÉ show about what women want, and the general consensus was… not that.

But scaremongering is a curse of every new and innovative therapy, so we decided to try it first hand for ourselves, and give a more balanced report of the treatment, step by step and needle by needle. 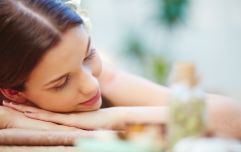 END_OF_DOCUMENT_TOKEN_TO_BE_REPLACED

For something that might strike fear in even the hardiest beauty fan’s heart, it was important that we went straight to the experts. And so began a little road trip…

On a recent Friday morning I hit the road for lovely Limerick city, home of The Otto Clinic. Qualified nurse Ita Murphy is the Director of the clinic, and was the very first to bring the procedure to Irish shores, back in 2006.

With seven years worth of experience under her belt, I couldn’t have been in better hands.

Ita first sat me down on the couch for a chat. We talked about the history of the procedure, the logic behind it and the results I could expect. We also talked about my own skin concerns.

Ita was quick to say that in my late twenties, I was younger than the average client for such a procedure. It wasn’t going to do me any harm (far from it), but there’s a change wouldn’t notice the changes to the same degree someone in her mid to late thirties and older might.

I’ll be the first to admit I was nervous going in, the idea of getting injections into your face can surely not sound pleasant to anyone. However, after an in-depth chat with Ita I was absolutely certain I had nothing to worry about, I was in the care of the best. We moved to the treatment room, and got started. 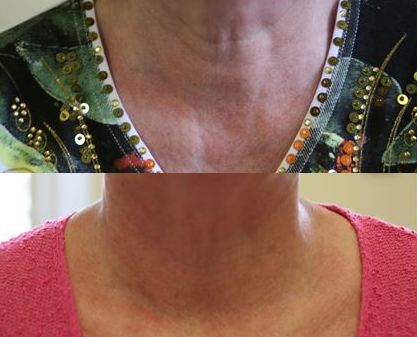 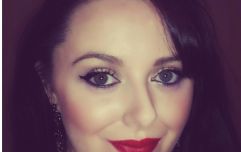 END_OF_DOCUMENT_TOKEN_TO_BE_REPLACED

Before and after, sample results on one client after treatment on the neck area

While the ‘Vampire Facial’ is now the commonly used term, this treatment is actually called PRP, or Platelet Rich Plasma. The procedure involves harvesting your own blood platelets to combat visible signs of aging. The proteins in platelets help to heal injured tissue or damaged skin, so the theory goes that injecting these platelets back into the skin releases growth factors – which in turn triggers surrounding cells, stimulating repair and rejuvenating the skin.

The key to this activity is the production of collagen. As we age, our skin produces less collagen naturally. This procedure helps to stimulate collagen production, which gives the skin increases elasticity and vitality, and a natural fullness and youthful look.

And so to my bed. I lay down in my comfortable and airy surroundings while Ita drew some blood from my arm. For ten minutes, this blood was put through a centrifugal system to separate the platelets and fibrin from the red blood cells. While this was going on, I has freezing gels applied to my face to limit any pain or discomfort during the procedure.

Once the concentrate platelet rich plasma, was ready, it was injected back into the areas to be treated. For me, this was concentrated around the eye area, on the lips and under the chin. The plasma remains alive in the treated area for seven days, bit the activity of the stem cells in the plasma continues working for about three months. 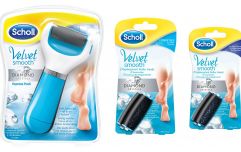 END_OF_DOCUMENT_TOKEN_TO_BE_REPLACED

Full disclosure; getting injections in your face is no fun. It’s not as painful as it sounds though, each individual injection is like pulling a single eyebrow hair – a quick pinch and then it’s over, but there’s no point pretending that there is no discomfort. There is, but it is minimal and far less than I had anticipated.

In just a few minutes, we were done. I sat up and was handed a mirror. You’re warned in advance that there may be some bruising and swelling in the 24 hours post procedure. Immediately after my procedure, I had two quite swollen eyes and lips. It was a little bit of a shock to see my reflection, but within an hour of leaving the clinic the swelling was going down, and by that night it had disappeared completely.

While the full effects of the treatment can take up to three months, an improvement in the skin can be seen just days after. This was certainly the case for me, as within one week my skin looked its best in a long time; patchy dryness and dehydration from city living and office central heating practically eliminated. My skin looked fresher, younger and brighter than I’d seen it in a long, long time – so it’s easy to imagine the more dramatic results on older skin.

PRP treatment can be use on the face, neck, hands and all over the body, though the face is the most common area opted for in treatment. Ita recommends a follow-up treatment once a year on average, though this might vary slightly depending on the skin condition of the individual client.

I left the Otto Clinic vowing to return with haste. I’ll be back in three months for my ‘after’ snap and skin analysis, but I’m already confident that the vampire facial was bloody good… if you’ll forgive the terrible pun.

To find out more about the Vampire Facial or book in for a free consultation, call Ita at The Otto Clinic on 061 317678 , or visit www.theottoclinic.ie.

popular
Police search underway for missing YouTuber Gabby Petito's boyfriend
Derry Girls star speaks out after show called "distinctively British"
Penneys has launched a major sustainability pledge – and here is what is changing in store
Taken up sea swimming? We found the perfect Dryrobe dupe to keep you warm this winter
Gwen Stefani reportedly pregnant with baby number four
The 'secret' Zara label signs that'll apparently help you get the right size every time
Terrie McEvoy responds to trolls who commented on her pregnancy weight
You may also like
6 years ago
The Beauty Drop - L'Oréal Elvive Nutrigloss Luminiser Range
6 years ago
Beauty Vlogger Shares Amazing Transformation Video In Bid To End 'Make-Up Shaming'
6 years ago
What's In My Beauty Bag - Rebecca Casserly of Bec Boop
6 years ago
The Truth Behind This Spa Treatment Might Surprise You
6 years ago
The Beauty Drop - Summer's Calling at Glossybox
6 years ago
Tried and Tested - The Mink Pampering Experience
Next Page