Browned Off? Tanning Addiction Could Be Linked To Psychological Conditions

How far would you go for a golden glow?

A recent study has found that frequent tanning could be the result of two psychological conditions: Obsessive-Compulsive and Body-Dysmorphic disorders.

The tanning test the researchers developed is a modified version of substance abuse criteria provided by the 4th Edition of the Diagnostic and Statistical Manual of Mental Disorders. Those who answered yes to two of the four questions on the tanning-specific version of the CAGE alcohol screener were considered to have problematic tanning. 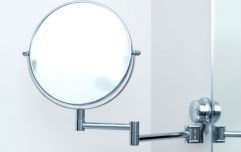 This part of the body ages the fastest

END_OF_DOCUMENT_TOKEN_TO_BE_REPLACED

"While more research is needed regarding to idea of tanning as an addiction, this study suggests that some people who tan also experience mental health symptoms that warrant further assessment," said Erin Bonar, assistant professor of psychiatry at University of Michigan's addiction research centre.

Out of 533 tanning students who took the questionnaire, 31 percent met the criteria for tanning dependence and 12 percent for problematic tanning.

Being female and screening positive for body dysmorphic disorder and OCD were significantly associated with tanning dependence.

popular
Ronan Keating worried about son Jack as he is "quiet" on Love Island
No one was able for Andrew and Dami's kisses on Love Island last night
Bonnie Langford Splits From Husband Of 20 Years
Love Island's Gemma finally tells villa about dad Michael Owen on TV
Bonnie Langford Speaks Out About Divorce
Penneys has a perfect dupe for Charlotte Tilbury's Flawless Filter foundation
Gemma Owen gets to know Jack Keating as her head turns on tonight's Love Island
You may also like
1 year ago
Mask up: 5 seriously stylish face masks to order now (because they will sell out)
2 years ago
Hungover? Try this chef's patented cure to get you through the day
3 years ago
Science says this is how you know if you should shower in the morning or night
3 years ago
A study has found whether running or walking is better for your health
3 years ago
This major pancreatic cancer breakthrough offers new hope for treatment
3 years ago
This bad habit makes you FOUR times more likely to catch a cold
Next Page