And one specific cast member recommended it.

As we sit around, just waiting for the upcoming series of Bridgerton, we can't help but notice how incredible the costuming and styling for the show really is.

And when it comes to styling the cast's hair in some more outrageous looks, we can only imagine it took hours to get right.

END_OF_DOCUMENT_TOKEN_TO_BE_REPLACED

While we'd probably never wear our hair out in public like that, but we definitely are intrigued as to how it's done, or more so what products are used.

Professional hairstylist Jenny Rhodes McLean is the mastermind behind some of these infamous hairstyles and has used a major Irish product to achieve it for the upcoming second season - The Belle Brush. 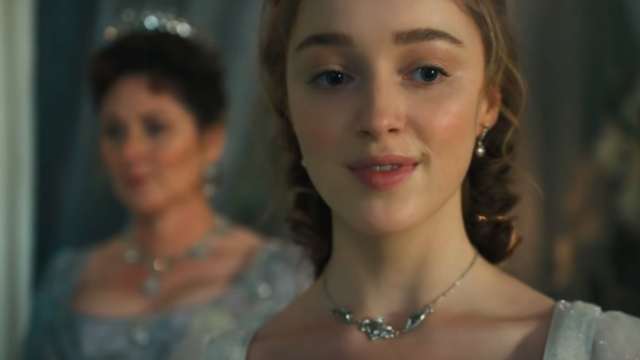 "I know it sounds crazy but I've NEVER used anything like it - its flexible core means it doesn't pull and the bristles smooth over so so beautifully," Jenny said on Instagram in May.

It's light and has a great comfortable grip. It's insanely amazing on wigs and extensions, perfect for long hair! I could rave about it all day, I honestly can't live without it - especially for onset checks... I'd recommend the Baby Belle for set bags, you won't be disappointed."

Dreaming about Lady Daphne's hair since it graced our screens last December, it was none other than Galway's very own Nicola Coughlan that introduced Jenny to the hairstyling tool ahead of season two's filming.

After her recommendation, the hair and beauty team on the set of the hit series ordered 20 more of the Belle Brush to use on set, and haven't looked back since as they're using them again for season two.

Jenny added in her post: "After a week of trying the belle brush, we purchased an additional 20!!!

"Every single MUA on the team who’s tried one wanted another or even two."

popular
Lauren Goodger assaulted and taken to hospital after baby girl's funeral
Everything we know about the Love Island reunion
Are You The One? UK's Thérèse Mullaghan opens up on the reason she went on the show
Tasha's dad responds to Jacques' Instagram video
These baby names are set to be popular in 2030 (so maybe get in there now!)
Barry Keoghan and girlfriend Alyson welcome their first child together
The man who voiced Pingu is NOT what we expected
You may also like
2 weeks ago
Everything we know so far about Bridgerton season 3
3 weeks ago
Regé-Jean Page reacts to Bridgerton recasting the Duke
1 month ago
Regé-Jean Page confirms whether or not he'll be in Bridgerton season 3
1 month ago
Is Regé-Jean Page returning for Bridgerton season 3?
2 months ago
Bridgerton's Ruby Barker thanks fans for support as she leaves hospital
2 months ago
Bridgerton's Ruby Barker hospitalised amid "mental health struggle"
Next Page